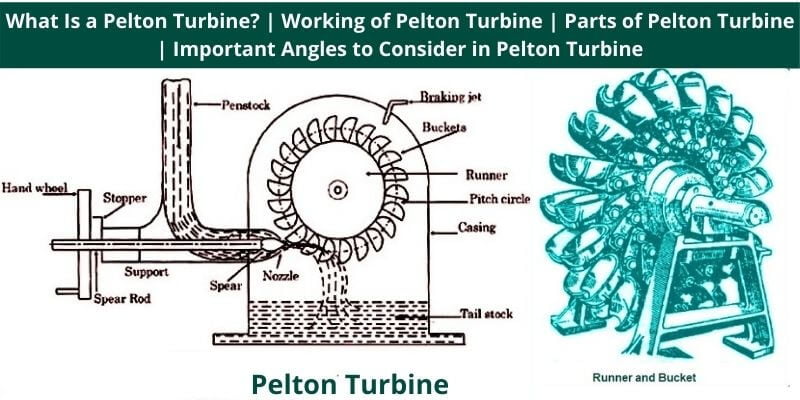 What Is a Pelton Turbine?

A turbine capable of operating under a high potential head of water is a Pelton wheel turbine that operates at a head over 300 meters. The runners consist of a circular disk with appropriate semi-elliptical cups known as buckets that are evenly positioned around its circumference.

One or more nozzles are placed so that each carries a jet along a tangent to the circles through the centers of the buckets, called the pitch circle. A cover is provided to prevent water splatter and the tailrace from discharging water.

The Pelton turbine is an impulse turbine named after an American engineer, Lester a. Pelton. Pelton turbines are suitable for energy extraction when water energy is available at a high head and low flow rate. In this type of turbine, the water potential and pressure energy are converted into kinetic energy.

Nozzles are used, which increases the velocity of water &, therefore, the kinetic energy. The Pelton wheel is a tangent flow turbine which means that the water jet will touch the turbine blade tangentially. This is a high-head turbine. This means that this turbine is used only in the situation where water is available at the high head.

A turbine whose head is very high has very little specific heat. So the turbine is also called a less specific heat turbine. It is also a low discharge turbine. 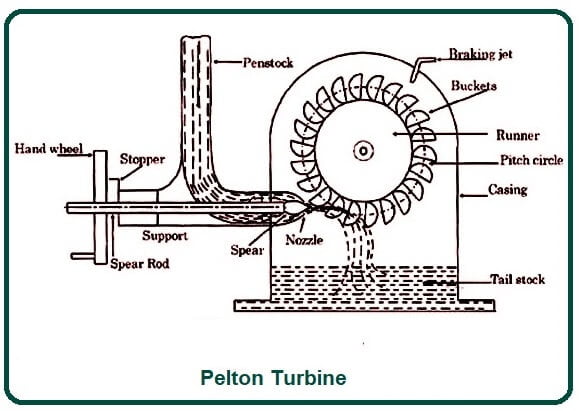 After that, the water strikes the bucket with high kinetic energy, this water exerts a force in the jet bucket, and this bucket is known as the impulse force. The flow of water from the nozzles is controlled using a spear fixed near the end of the nozzle. The wheel and turbine arrangement is used to regulate the flow of water through the nozzle.

For maximum efficiency & power, the turbine is designed in such a way that the velocity of the water jet is twice the velocities of the water. After that, the main function is that of a generator that converts.

The various parts of Pelton turbine are: – 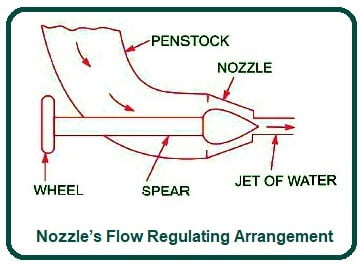 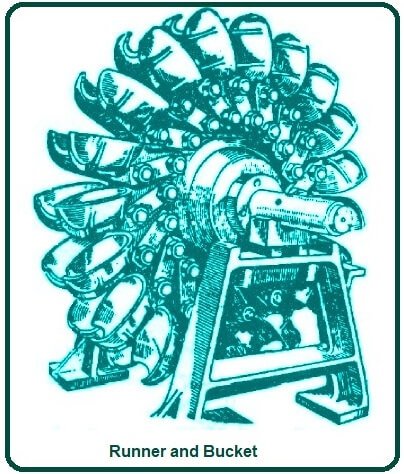 The runners are present in the center, and buckets are placed around the bucket. These buckets can also be called veins or impulse blades. 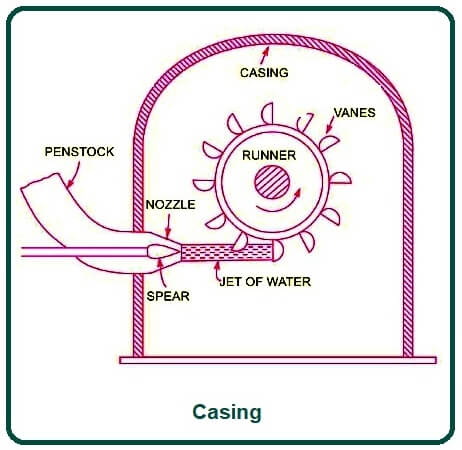 The area in which the whole assembly is fitted is called the turbine cover.

Here, the different Applications of Pelton Turbine are as follows

Here, the different Advantages of Pelton Turbine are as follows

Here, the different Disadvantages of Pelton Turbine are as follows

A Pelton turbine or Pelton wheel is a type of hydro turbine (specifically an impulse turbine) used frequently in hydroelectric plants. The operation of a Pelton turbine is fairly simple.

In this type of turbine, high-speed jets of water emerge from the nozzles that surround the turbine. These nozzles are arranged so the water jet will hit the buckets at splitters, the center of the bucket where the water jet is divided into two streams.