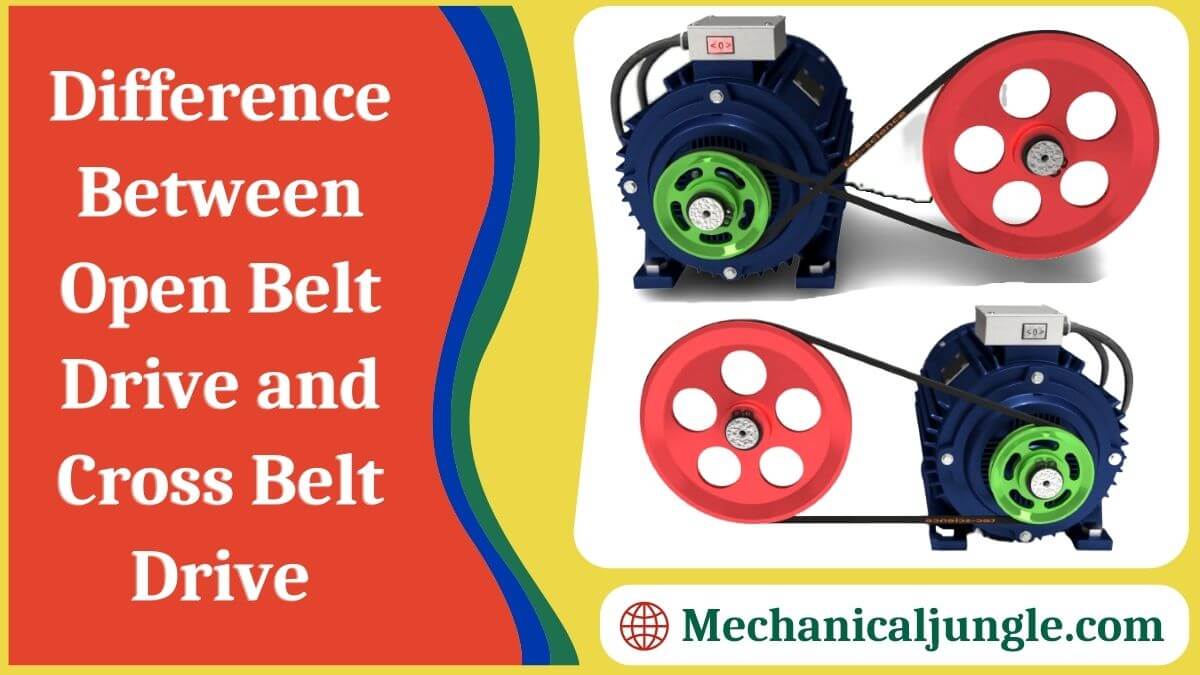 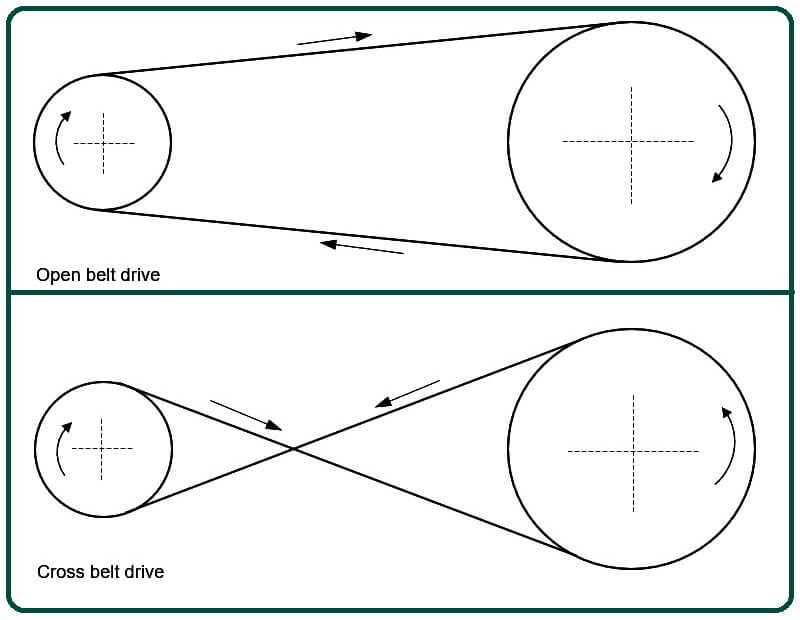 The belt drive is one of the mechanical drives (gear drives, chain drives, and rope drives of others) used to transmit speed, torque, and power from one shaft to another. Initially, a pulse of the required diameter is strictly applied to the shaft.

An endless belt is wrapped around the pulse, maintaining the proper tension to avoid slip. The belt, which partially wraps it and passes over the pulleys, acts as a flexible intermediate linkage between the driver and the driven shaft.

The frictional force between the belt and the pulleys helps to transmit speed and power from one shaft to another. The initial stress applied to the belt, as well as the friction characteristic between the mating surfaces, determines the power transmission capability.

For a fixed speed in a driven shaft, the diameter of the pulleys determines the velocity ratio and rotational speed of the driving shaft.

The flexible belt also helps reduce vibration and thus restricts it from propagating the driver element.

Although it cannot provide a constant velocity ratio due to inherent slip, it is very useful for short as well as long-distance power transmission. Slip, however, can prevent prime movers from overloading.

While the ratio of velocity and rotation speed is maintained by the diameter of the pulse for the driver and driven shaft, the direction of rotation can be changed using either open or crossed belt drives.

It also affects the power transmission capacity due to the change in wrap angle between the belt and the pulleys. This classification applies mostly to flat belts because v-belts are always used in open configurations.

In an arrangement where the endless (joint) belt moves from the top of one winch to the top of another pulley without crossing it, it is called open belt drive.

Here the induced shaft will rotate in the same direction as the driver shaft. In addition, the wrap angle is always below 180 °; thus, the power transmission capacity is also reduced.

On the other hand, in the cross belt drive, the belt moves from the top of one pulley to the bottom of the other pulley and thus crosses itself. Here the driven shaft rotates in the opposite direction to the driver shaft.

However, continuous rubbing of the belt leads to the short life and quick failure of the belt. In addition, it requires relatively long belts.

The various differences between open belt drive and cross belt drive are given below in table format. 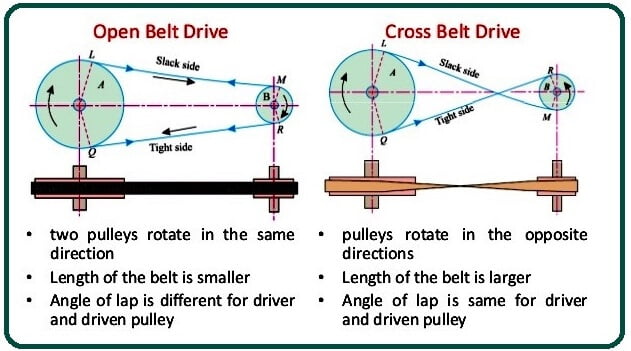 The Direction of Rotation:

Belt Bending at Back

This is a pretty common question that pops up on a regular basis. The short answer is the belt is molding to your body style. Belts will mold and form your body much like a pair of leather shoe will.