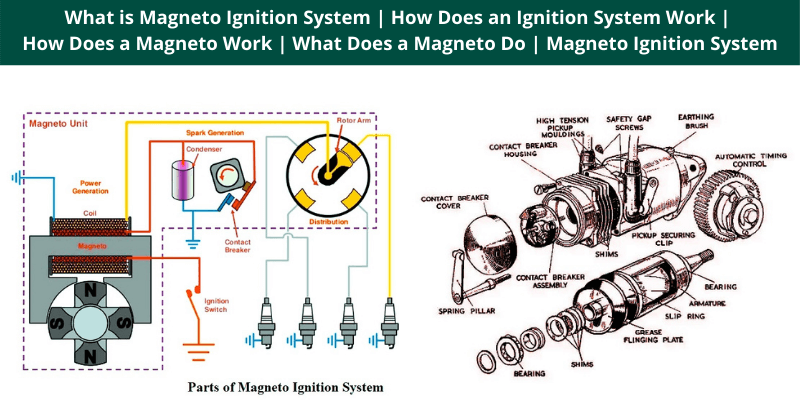 What Is Magneto Ignition System? 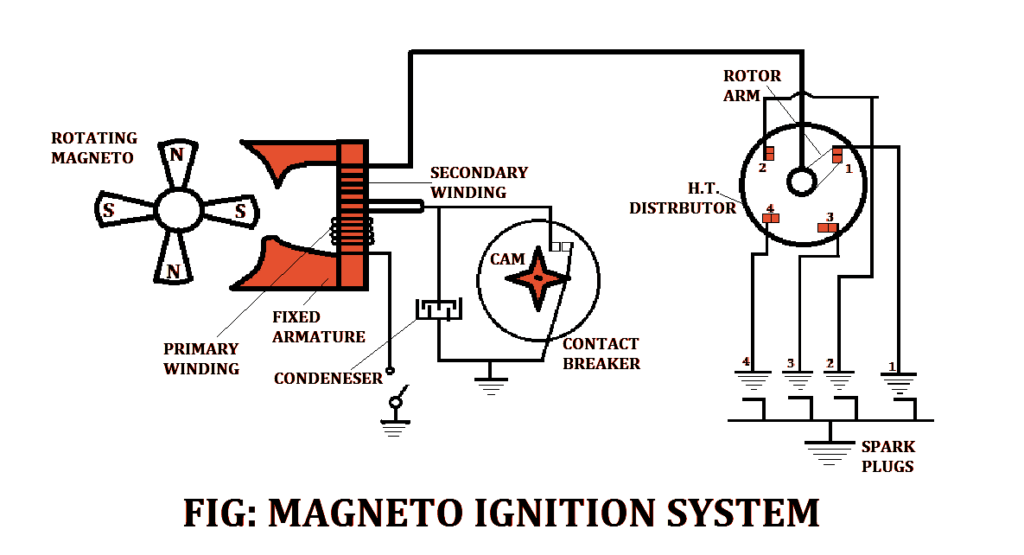 A combustion engine that has some flaming features, such as high speed and high internal compressions, requires a system that produces very high ignitions from spark plugs that are used as a source.

The ignitions system is the system that uses spark plugs as their source where electrical energy input is given to the spark plug.

This article will go into detail about the magneto ignition system, its main parts, functions, benefits, and disadvantages with the application.

There are four types of this ignition system. 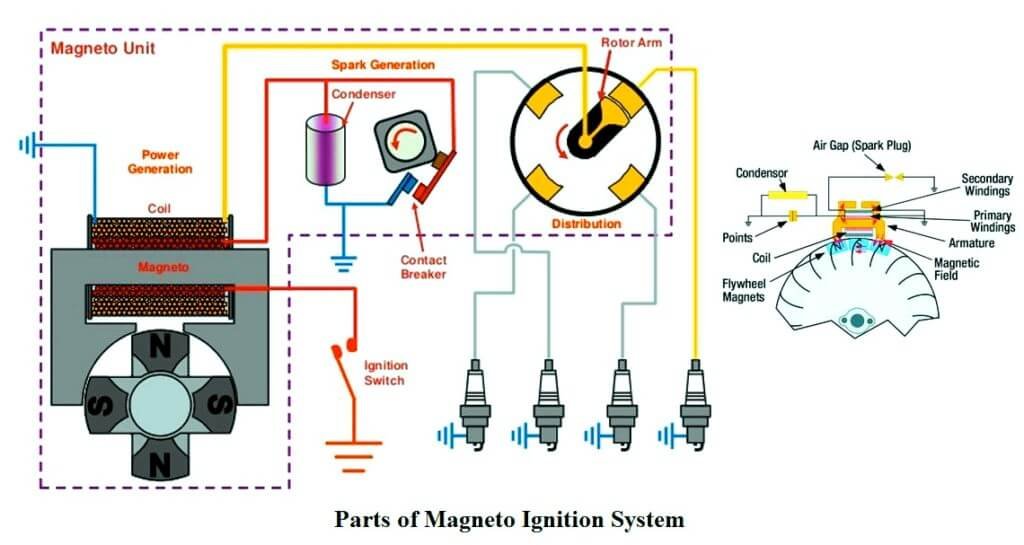 How Does an Ignition System Work: 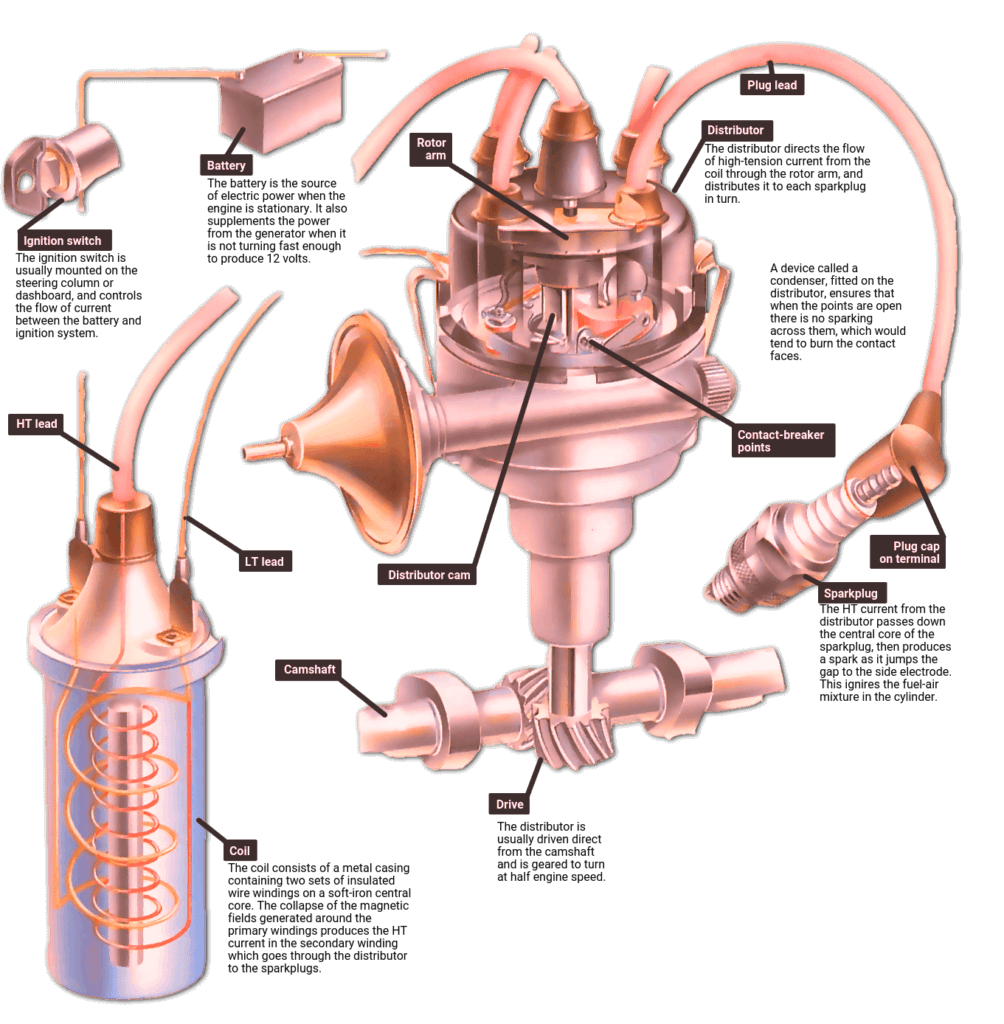 How Does a Magneto Work? 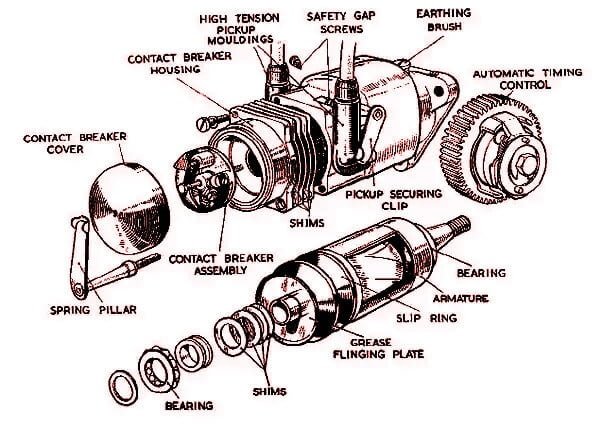 What Does a Magneto Do? 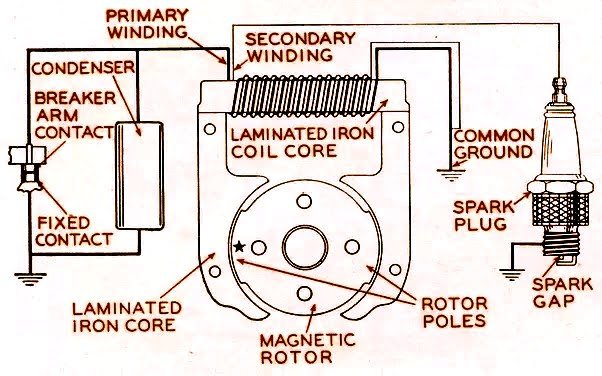 Here is a partial list of applications of equipped engines. Magneto ignition system.