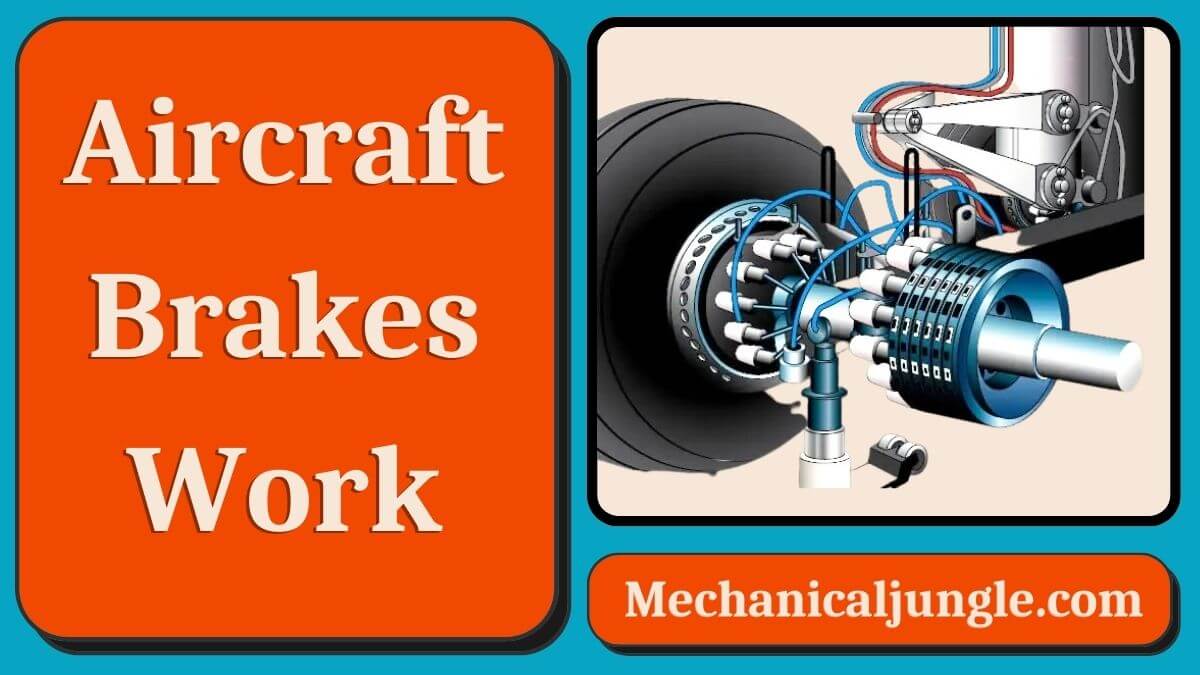 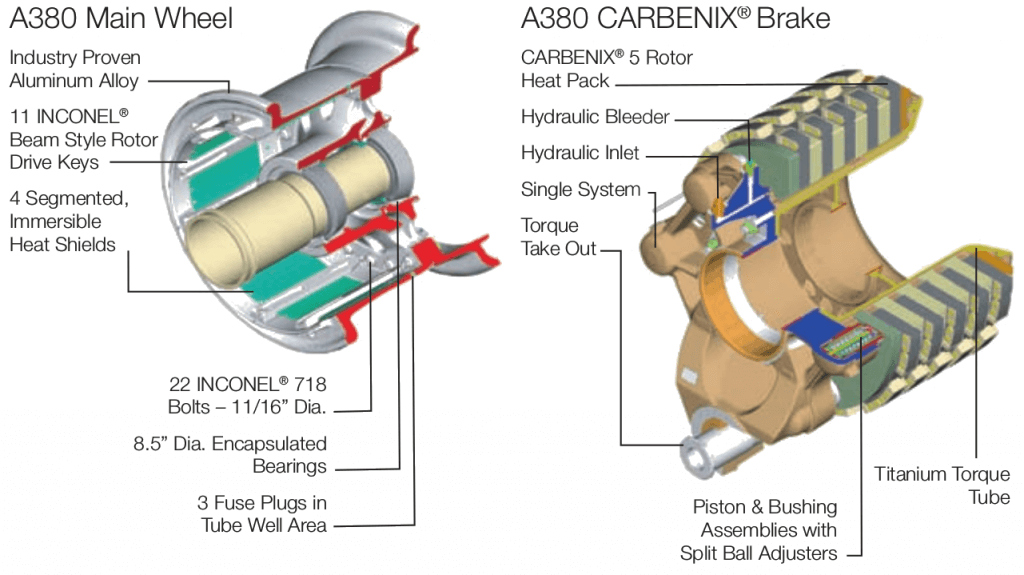 How Do Aircraft Brakes Work? 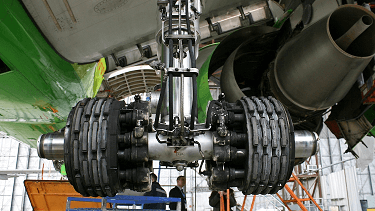 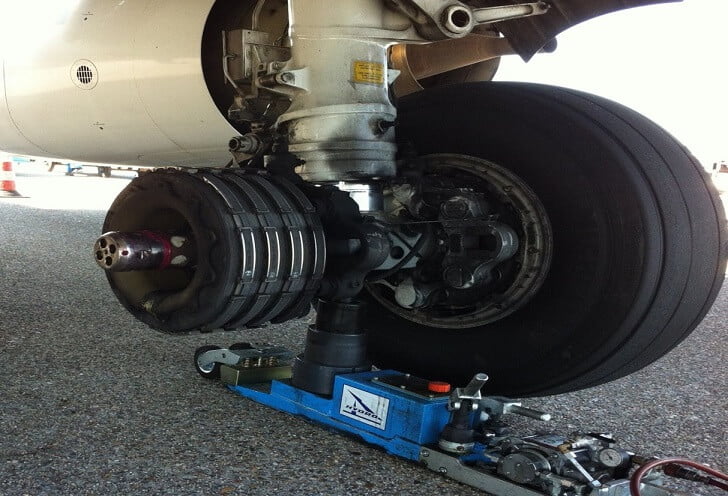 Aircraft brakes stop a moving aircraft by converting its kinetic energy to heat energy by means of friction between rotating and stationary discs located in brake assemblies in the wheels.

Aircraft brakes work in conjunction with other brake mechanisms such as thrust reversers, air brakes, and spoilers.

The diameter of the brake disc is decided by considering the maximum amount of braking torque that would be applied to a disc.

The area of application of clamping force by caliper and thereby frictional force generated on the disc is the major factor in design. The disc is designed considering the above two factors.

Aircraft braking systems include: Aircraft disc brakes in the landing gear, used to brake the wheels while touching the ground. These brakes are operated hydraulically or pneumatically. In most modern aircraft, they are activated by the top section of the rudder pedals (“toe brakes”).

Speedbrakes are high drag devices that are fitted to almost all high-performance military aircraft as well as to some commercial aircraft types. In most cases, speed brakes are fuselage-mounted panels that, when selected by the pilot, extend into the airstream to produce drag.

All modern commercial aircraft have automatic brake systems. Just like a car, these systems also have an anti-lock braking system (ABS) that prevents the tires from sliding down a wet runway.

The advantage of the automatic brake system is that the aircraft brakes comfortably at a constant deceleration.

How Do Aircraft Brakes Work?

The brakes work in a rather simple way: they convert the kinetic energy of motion into heat energy.