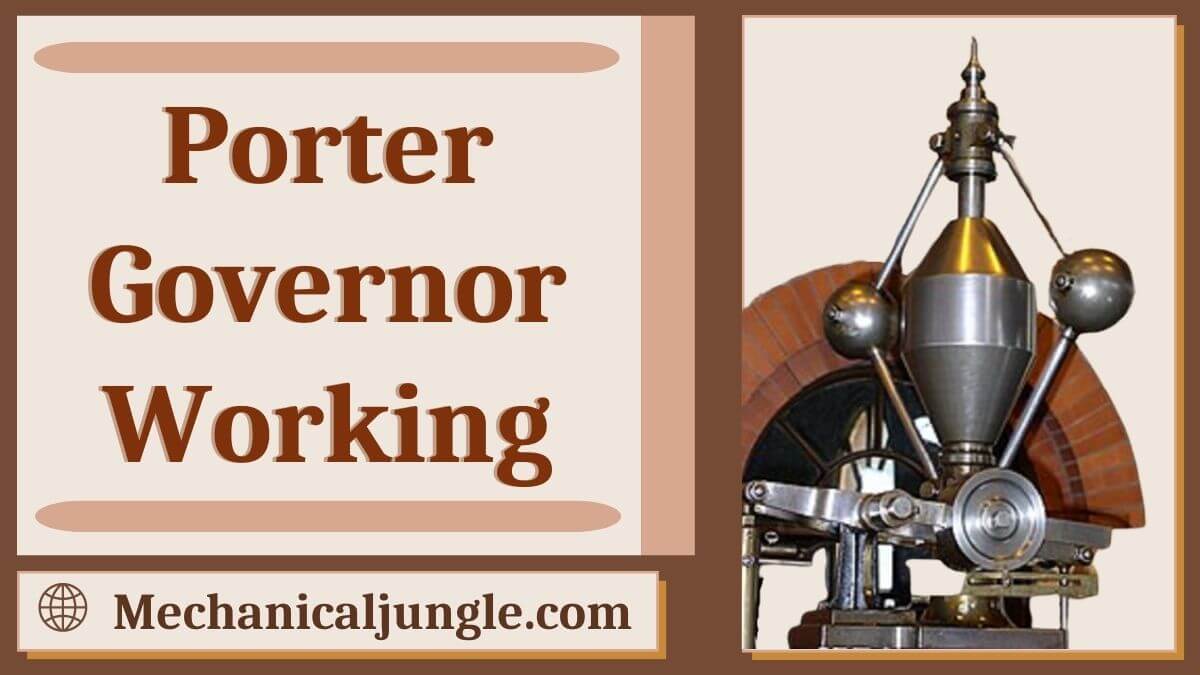 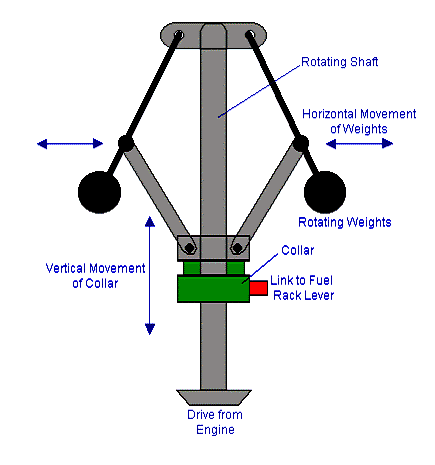 A governor is also the mechanical device that controls the average speed of an engine when there is a variation in load. It maintains the engine speed within specified limits regardless of load variations. It is basically a speed-controller device that is used to measure and control machine speed despite load variations.

The governor changes the configuration when the load on the engine changes and controls the fuel supply accordingly. It acts as a cruise control mechanism that drives the engine at the set speed limit of your selection, even if the load varies.

It detects changes in load and adjusts the throttle accordingly. Unlike a flywheel, it can control speed but is unable to store and supply energy when needed. It is used in most engine-driven applications such as tractors, lawnmowers, automobiles, etc.

A governor is termed isochronous when the equilibrium speed is constant for all radii of rotation of balls within working range. For the slightest change of speed due to a change in load, such a governor would jump from one extreme position to another. Thus, an isochronous governor is oversensitive.

From the equation above, it can be observed that for every configuration, there are maximum and minimum limits of speed between which the speed varies without change of the configuration.

From the figure, for a given height h, the speed can vary between N 1 and N 2 without a change of the configuration. 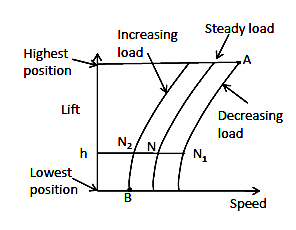 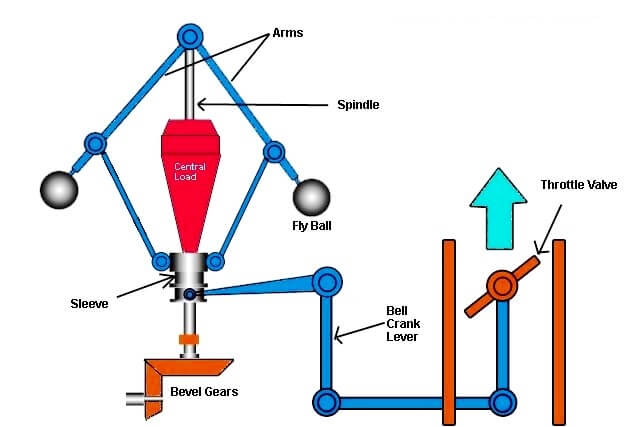 Therefore balls come down with arms. As the arms move down, the sleeve attached to the arm also comes down, and this activates the throttle valve, which increases the fuel supply. Due to the increase in fuel supply, engine speed also increases. 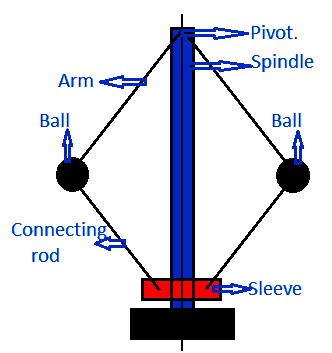 Porter governors have two fly balls, which are attached to the arms of the porter governors. Both these arms are taped on top of the axis.

It is powered by a spindle engine. The arms parts are attached to the central sleeve just above the fly balls. This sleeve moves up and down according to the speed of the balls.

The spindles have stoppers in place to limit the vertical movement of the axle. This sleeve is a heavy central load. The sleeve speed controls the opening and closing of the throttle valve.

Governor, in technology, a device that automatically maintains the rotary speed of an engine or other prime mover within reasonably close limits regardless of the load. A typical governor regulates an engine’s speed by varying the rate at which fuel is furnished to it.

Porter Governor is a modification of Watt Governor with a central load attached to the sleeve. This load moves up and down the central spindle. The additional force increases the speed of revolution required to enable the balls to rise to any predetermined level.

Application of the porter governor is found in the earlier steam engine to control the speed as per load by controlling the fuel flow.