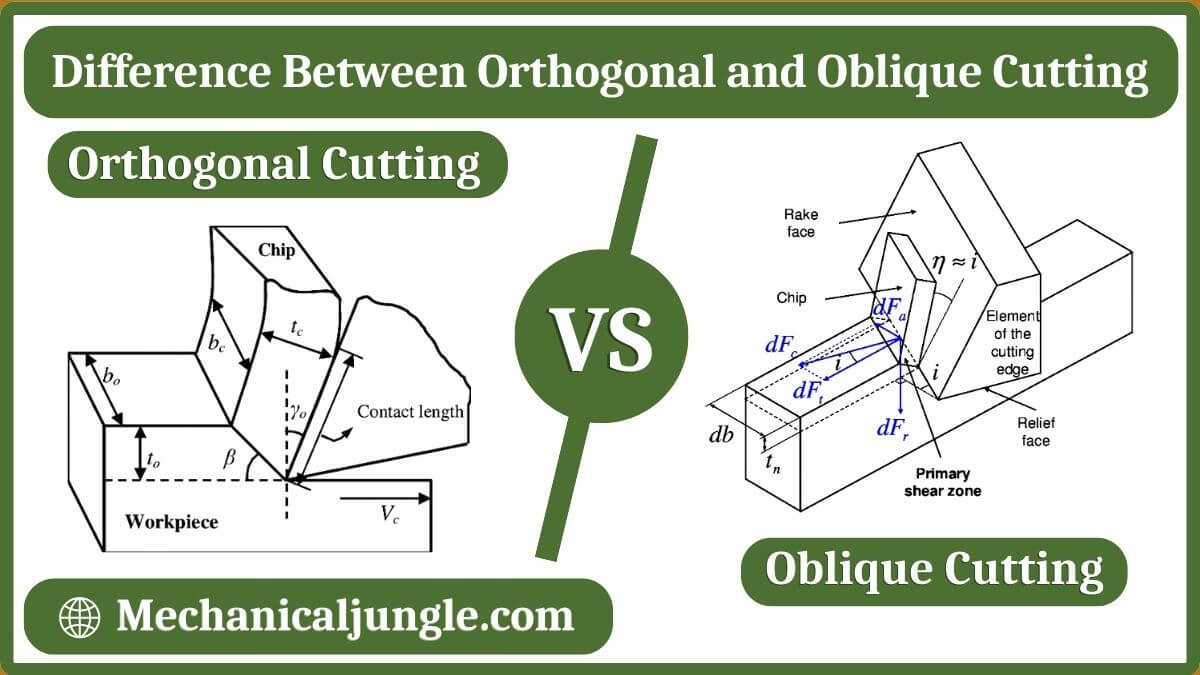 Difference Between Orthogonal and Oblique Cutting

There are two types of this orthogonal and oblique cutting.

In addition, there are other differences which are described below. 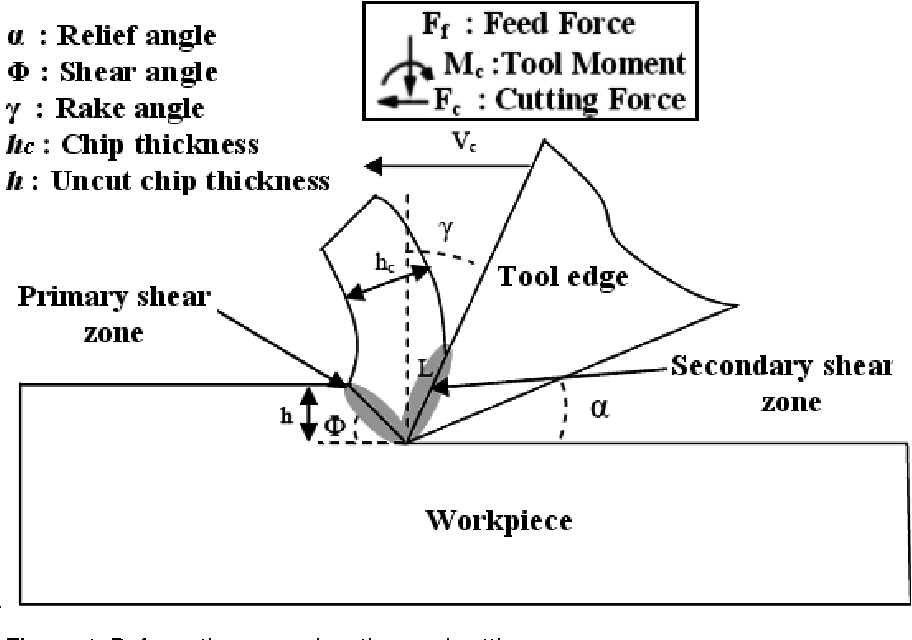 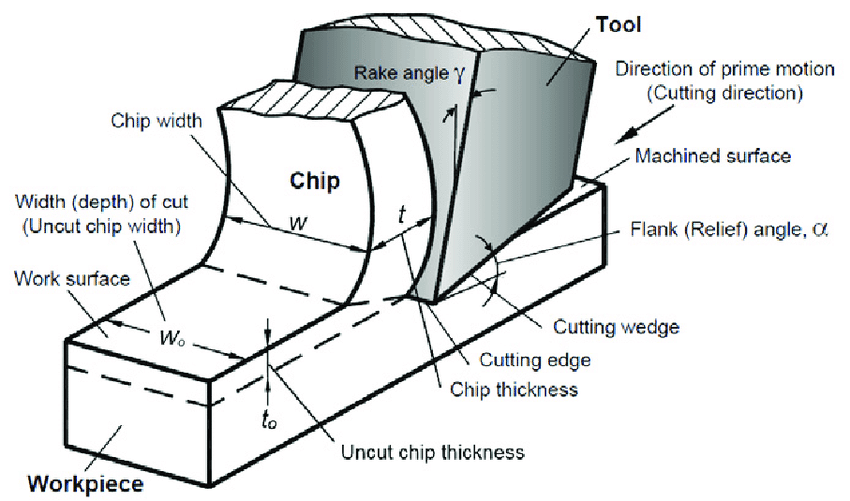 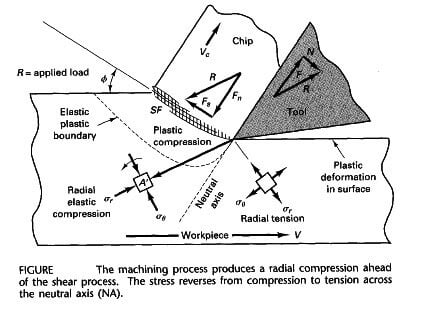 Oblique cutting is a type of cuttings in which the cutting tool is at an oblique angle in the direction of the tool’s motion. The chip flow in this cutting is not cutting edge. The tool has a longer cutting life than orthogonal cutting.

The term “orthogonal cutting” has been coined1 to cover the case where the cutting tool generates a plane surface parallel to an original plane surface of the material being cut and is set with its cutting edge perpendicular to the direction of relative motion of the tool and workpiece.