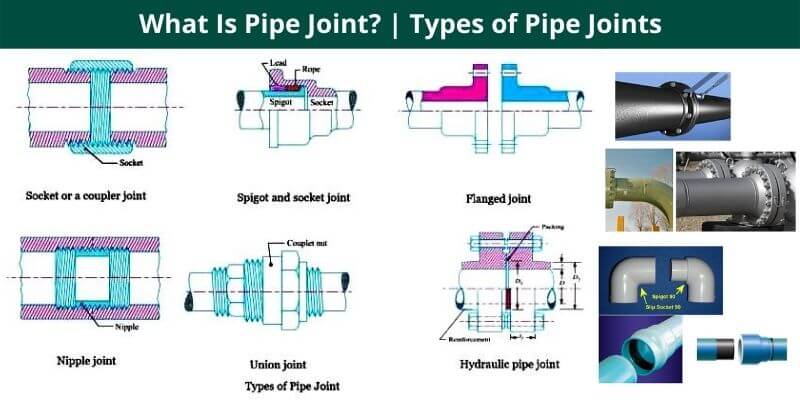 Pipe joints are connected to any piping system because it is not possible for a pipe network to have a constant length of pipe. These joints can make or break a pipeline system based on durability due to the technology used to make the joint.

Different pipe materials are used in the pipeline industry depending on the requirement and the type of products that will be conveyed through the pipes. 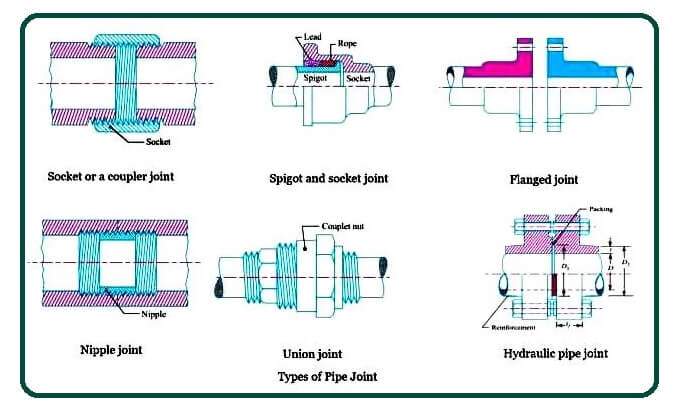 Pipes are usually connected to the vessels from which they transport fluids. Since the length of the pipes available is limited, the pipes’ different lengths have to correspond to a particular installation.

Different forms of pipe joints are used in practice, but the most common are discussed below.

Seven types of pipe joints used in the plumbing system are as follows.

#1. Socket or a Coupler Joint-

The most common method of connecting to a pipe is through a socket or coupler. A socket is a smalls piece of pipe thread. It malfunctions halfway at the thread end of one pipe and the remaining half of the socket in the other pipe.

Prevent leakages, jute or hemp wound around the thread at the end of each pipe. Such joint is mostly used for low-pressure water-carrying pipes and where size aggregates are most essential. 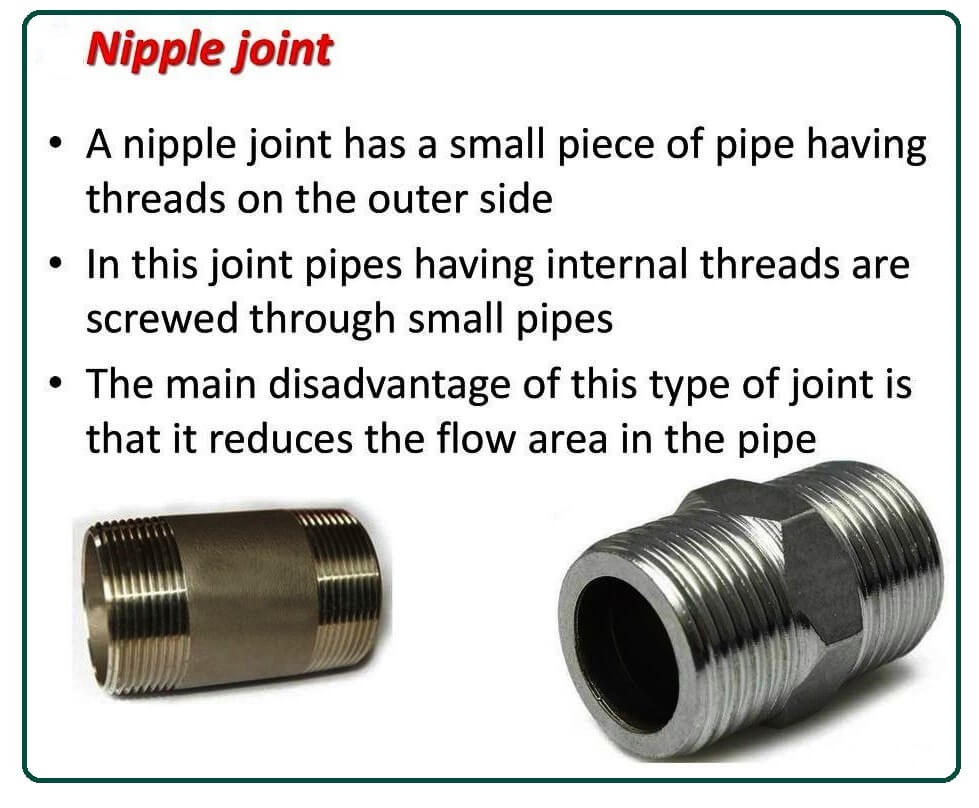 In this joint, a nipple is a small piece of pipe that is screwed into each pipe’s internally threaded end. The disadvantage of these joints is that it reduces the area of ​​flow. 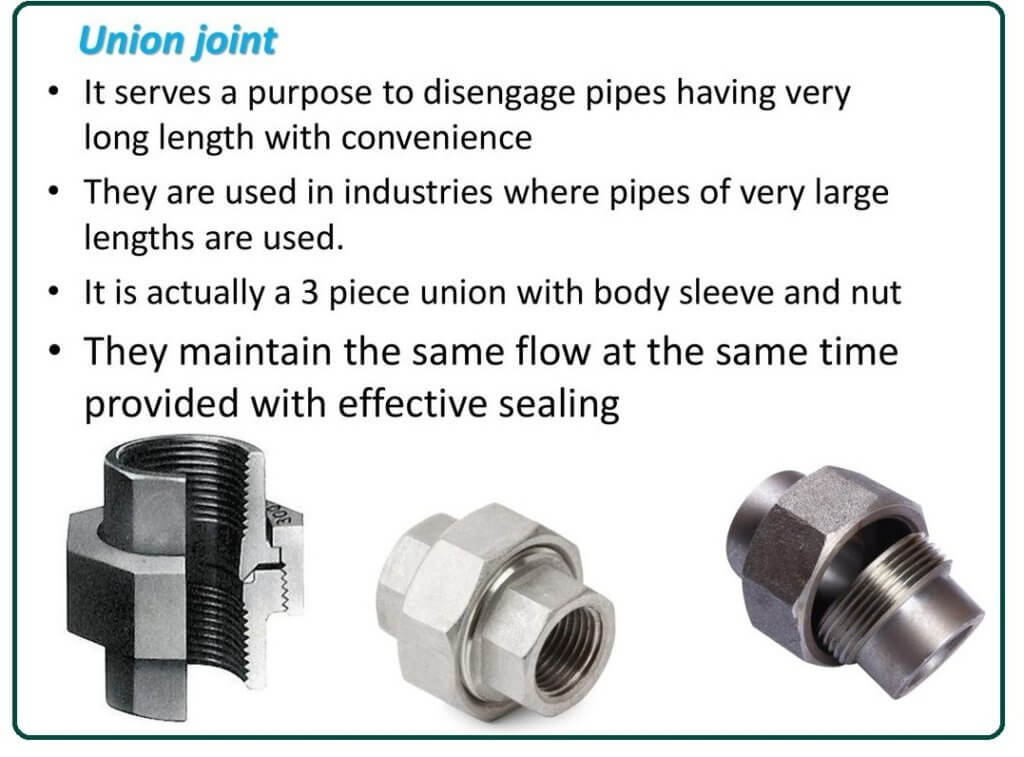 To separate the pipes joining the socket, it is necessary to unheard the pipe from one end. This is sometimes inconvenient when the pipe is long. The union joint facilitates the pipe separation by simply opening a coupler nut. 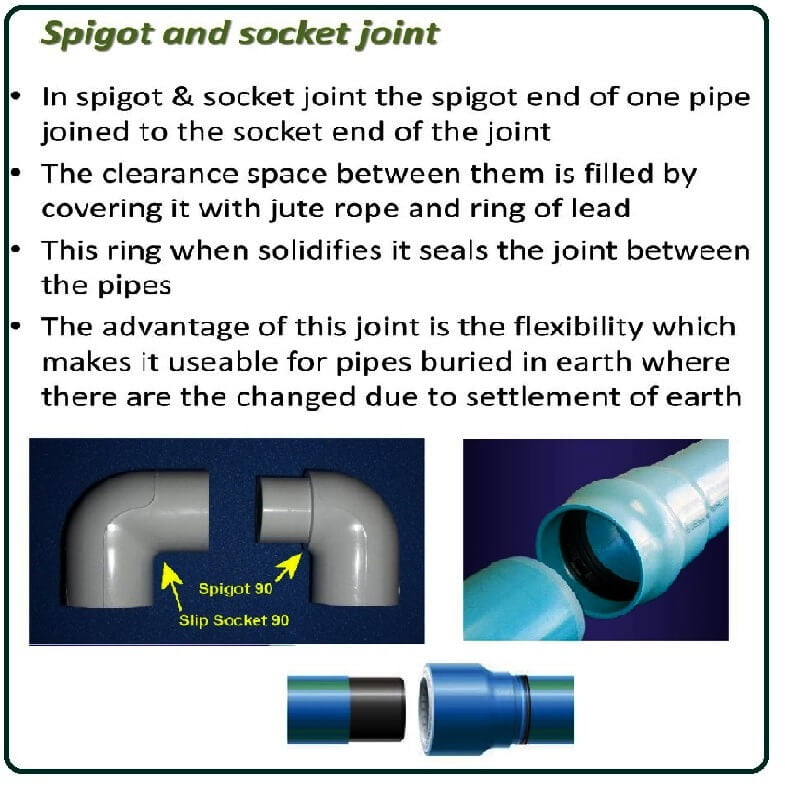 It is mainly used for pipes that are buried in the earth. Some pipelines are kept as straight as possible. One of the important features of these joints is their flexibility because it adopts small changes in level due to the earth’s settlement, which is caused by climate and other conditions.

In this joint, the spigot end of one pipe fits into the other pipe’s socket end. The remaining space between the two is filled with jute rope and a lead ring. When the lead freezes, it is tightly sealed. 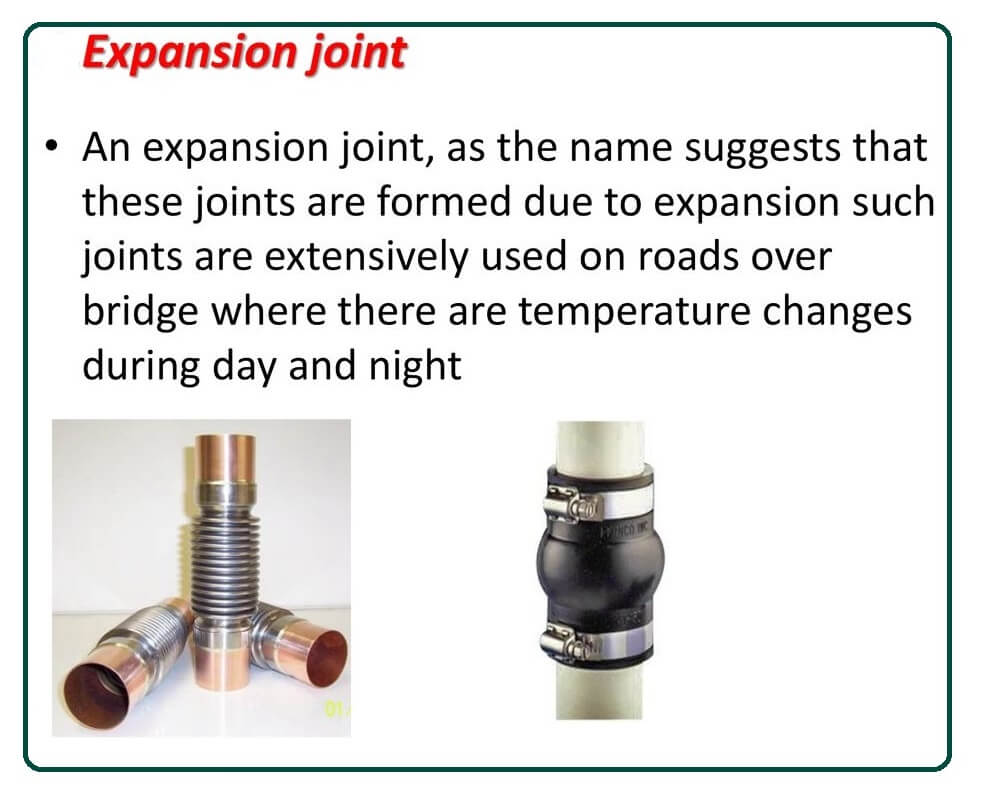 Pipes carrying steam at high pressures usually connect via expansion joints. These joints are used in steam pipes to expand and contract pipelines due to temperature changes. Allow for a change in length; steams pipes are not tightly closed but supported on rollers.

Rollers can be arranged on wall brackets, hangers, or floor stands. Extension bends are useful in long pipelines. These pipe bends will flow in either direction and easily adjust themselves to the actual pipe’s small movements to which they are connected. 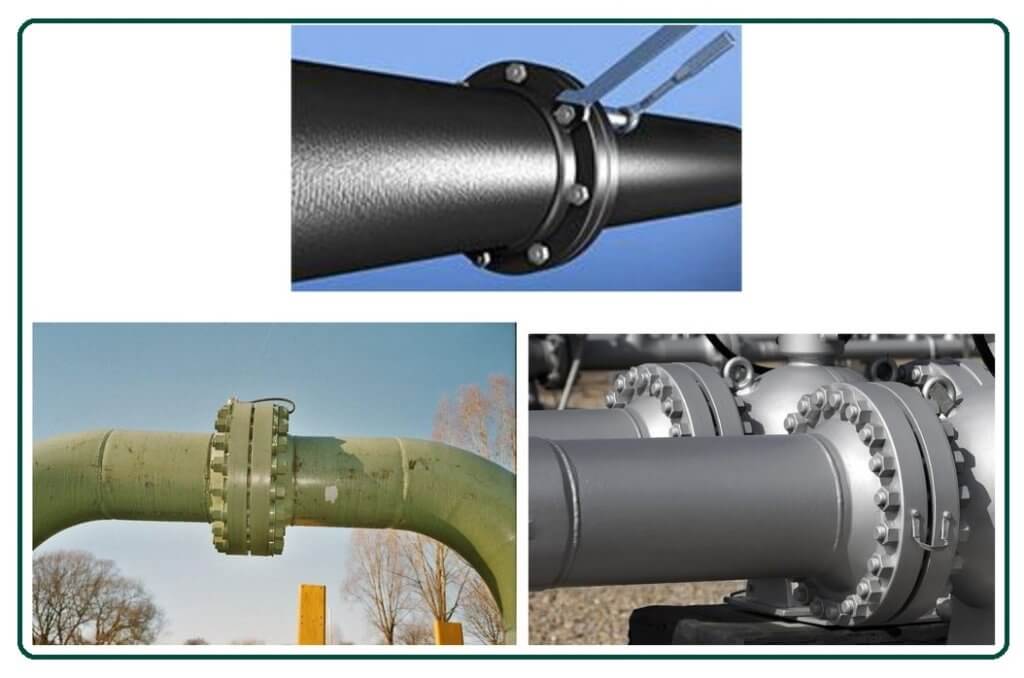 It is one of the joints of the most widely used pipes. A flanged joint pipe or loose flanges can be made with integral flanges welded or screwed—two cast-iron pipes with integral flanges at their ends. The flanges are connected via bolts. Flanges have been standardized for pressures up to 2 n / mm2. The flange faces are machined to ensures the correct alignment of the pipe.

The joint can be made leak-proof by placing a gasket of soft material, rubber, or canvas between the flanges. Flanges are made thicker than pipe walls for strength.

The pipe can be reinforced for higher pressure duty by increasing the thickness of the pipe for shorter lengths than the flange. For even higher pressures and larger diameters, the ribs are further strengthened by the ribs. The ribs are placed between the bolts holes. 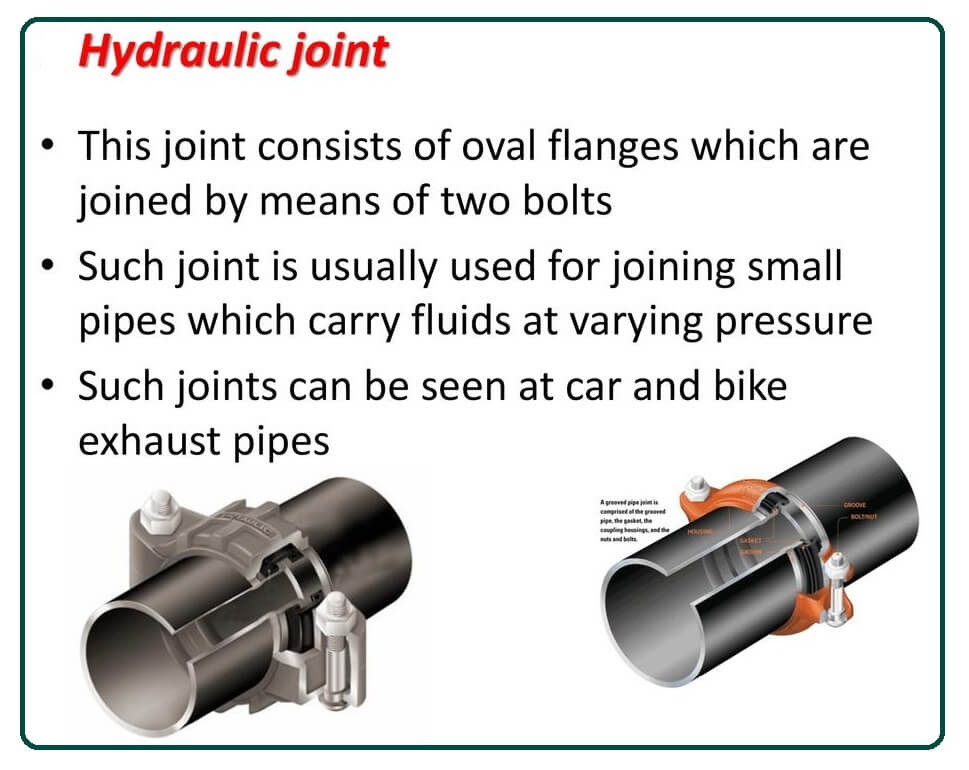 Such joint consists of oval flanges and fastening through two bolts. Elliptical flanges are typically used for small pipes, up to 175 mm in diameter.

Flanges are usually integral along the ends of the pipe. Such joints are used to pressurize fluid varying from 5 to 14 n / mm2. Such high pressures are found in hydraulic applications such as riveting, pressing, lifts, etc. Hydraulics machines used in these installations are pumps, accumulators, intensifiers, etc.

Pipe joints are connections at pipe ends that ensure that two pipe sections can be joined to each other to install a pipeline of any length.

Types of Pipe Joints in Plumbing

Seven Different types of pipe joints used in the plumbing system are as follows.