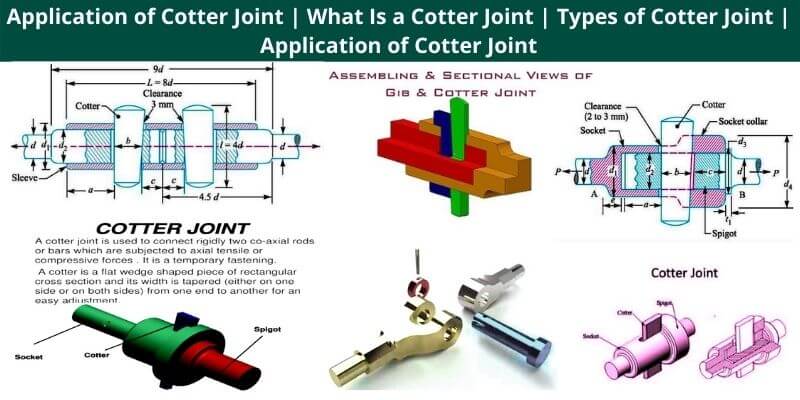 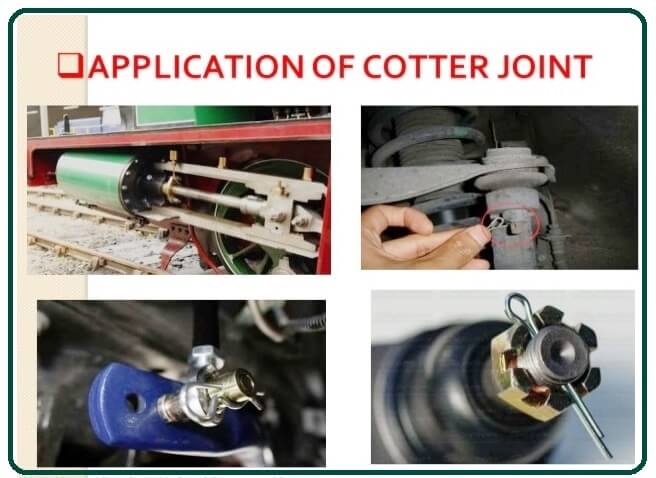 A cotter joint is used to support the axial load between two coaxial rods, which is the tensile and compressive load. Although a cotter joint will resist the rotations of one rod relative to the other, it should not be used to join a rotating shaft.

What Is a Cotter Joint? 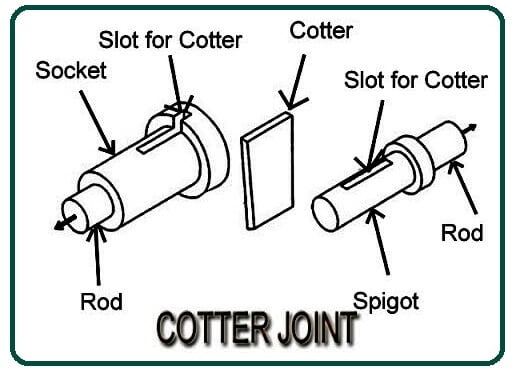 #1. The Spigot of Cotter Joint

#2. The Socket of Cotter Joint 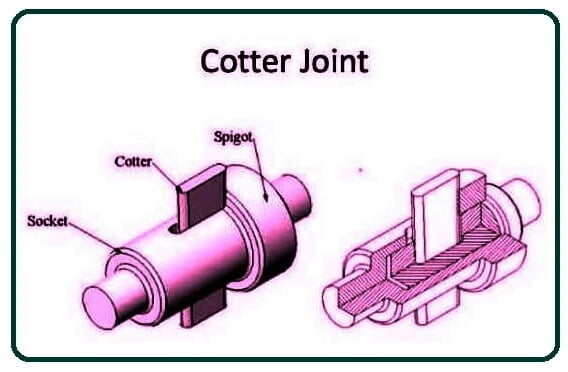 There are three types of cotter joint for connecting two rods by one coater: 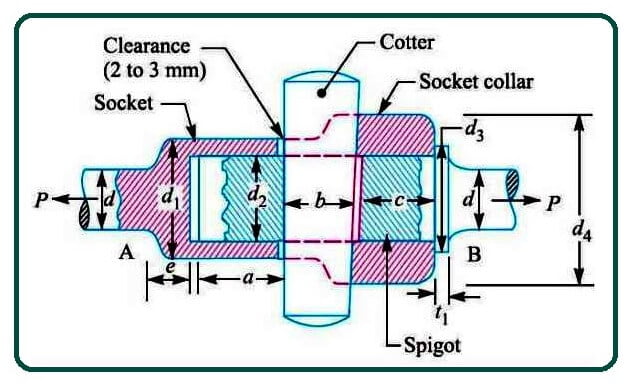 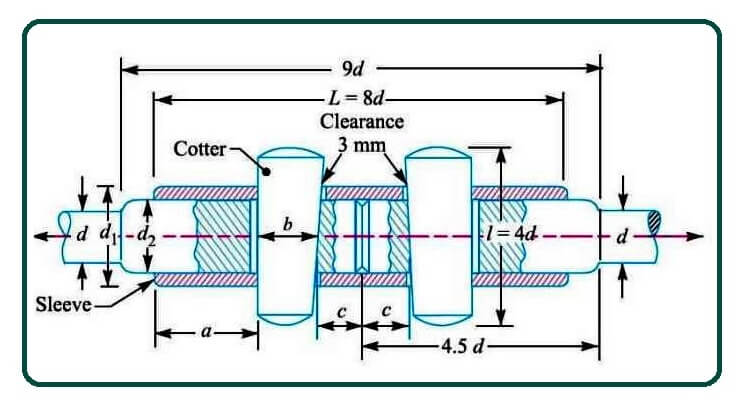 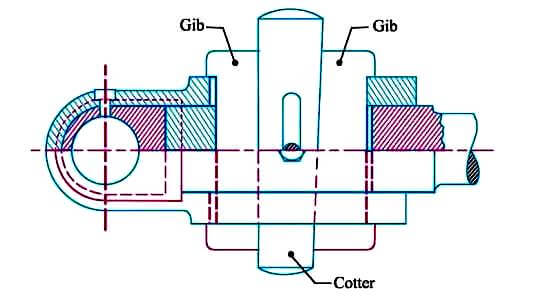 To prevent this, the gib is used that holds the ends of the strap together. In addition, the gator provides a larger bearing surface for the cotter to slide as the holding power increases.

Thus, the friction of the cotter reduces the tendency to slacken back. Gib also enables parallel holes to be used. Gib and cotter joints are used for square or rectangular cross-section rods. The end of one rod fits into the end of the other rod, which is designed as a strap.

A gib with a cotter is used to make these joints. The Gib is potentially a cotter but has two gib heads at its ends. The thickness of the whip is the same as the gib and the cotter.

A cotter joint is used to support the axial load between two coaxial rods, which are the tensile and compressive loads. Although a cotter joint will resist the rotation of one-rod relatives to the other, it should not be used to join a rotating shaft.

When the socket joint was tightened into the socket and spigot slot, it was exposed to shear stress. Then if the cotter is loose, the cotter will bend.

Various methods of failures in the cotter joint are discussed below:

In this article, we learn about the cotter joint, a type of mechanical joint used to connect rigid two rods that transmit motion in an axial direction, without rotation.

These joints may be subject to tensile or compressive forces with the axes of the rods. A very well known example is the joining of the piston rod extension with the connecting rod in the crosshead assembly.