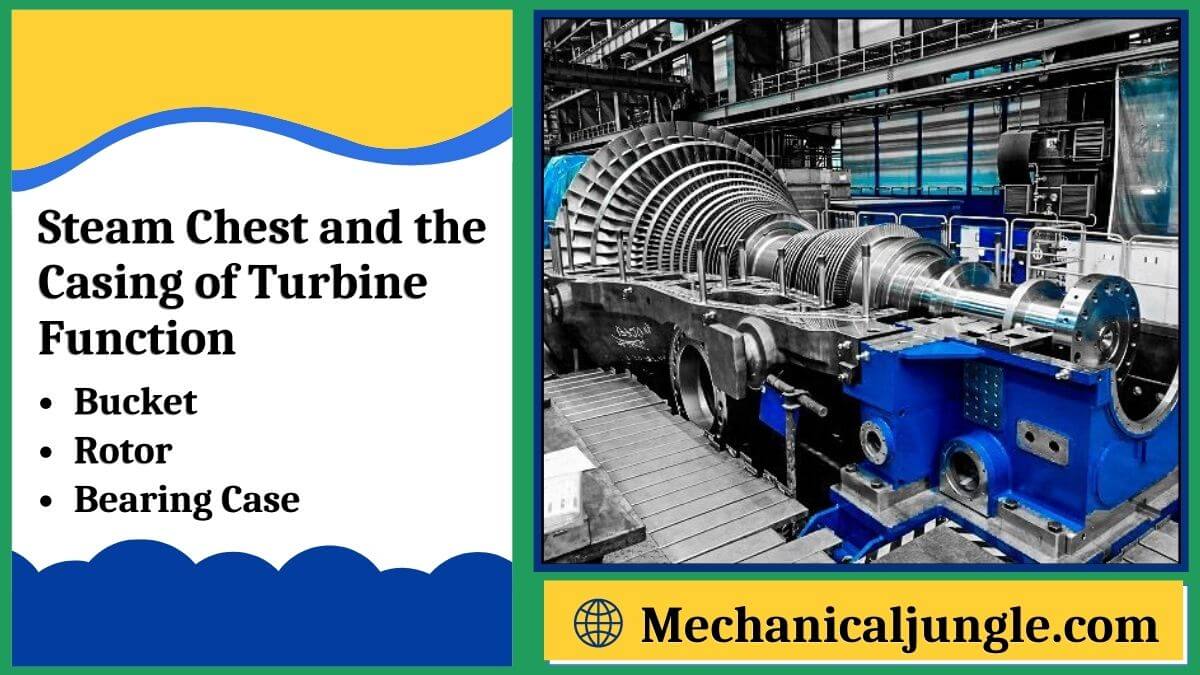 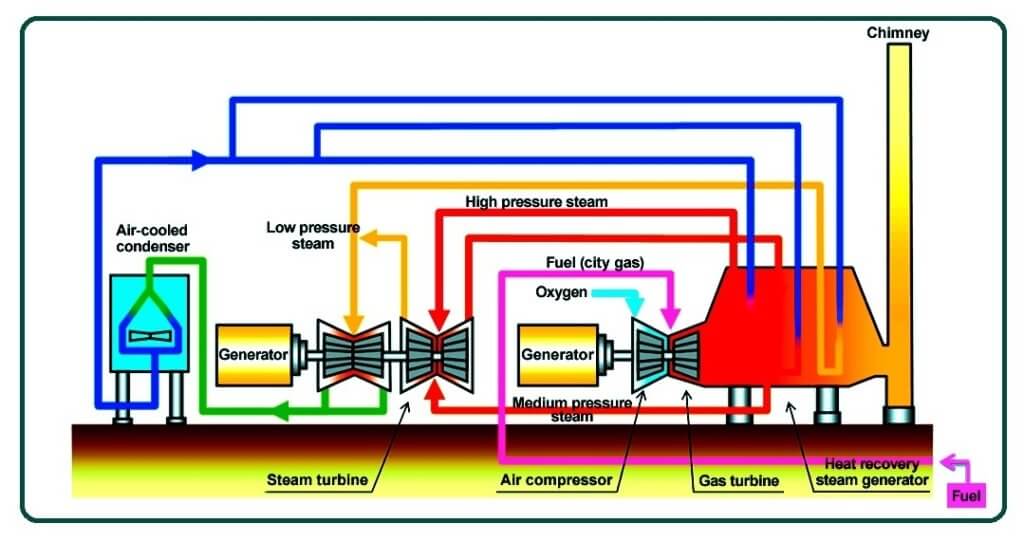 Turbines vary greatly depending on their application; They can be used to harness wind power in wind turbines, the water of a river or barrier lake in a hydropower plant, hot gas in a thermal power plant, or steam created in a nuclear reactor 1. Turbines exploit a system of blades to spin and, through a shaft, drive the generator.

The generator is composed of a moving part, rotor, and a stationary part, the stators. The outers layer of the rotor is coated in electromagnets, and the inner wall of the stators is lined with coils of copper wires. When the rotor turns, it creates a rotating magnetic field, which induces alternating currents in the stator.

The power generated is channeled through a transformer, which raises the voltage to an appropriate level for use in power transmission systems. 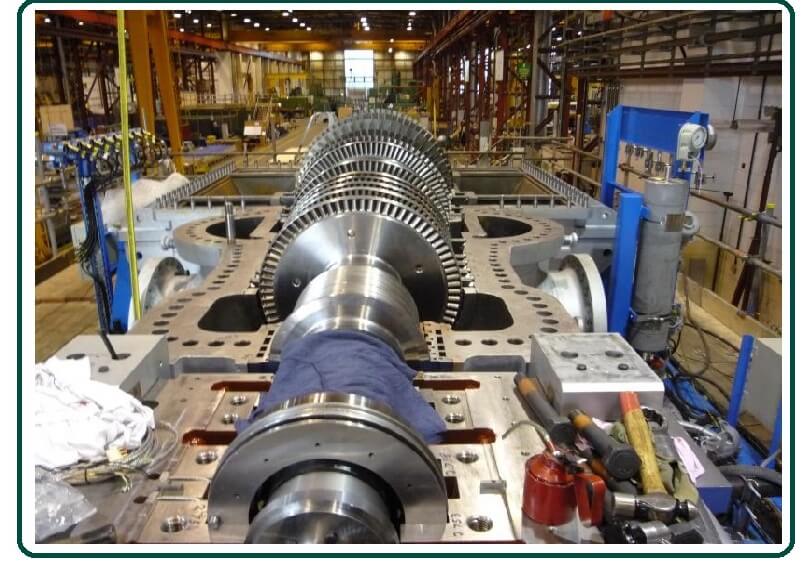 The thermal power plant is equipped with boilers – some up to 90 meters long – heated by a burner ignited in a powder with coal, fuel oil vaporized into fine droplets or natural gas.

The heat produced is used to raise the temperature of a circuit of water until it turns into steam, which is then run through a series of turbines under high pressure. The turbines provide power to the generator while the steam is evacuated and condensed back into the water and converted into liquid form.

The steam passes through the high-pressure turbine, where it partially expands and is then directed through several low-pressure turbines. Turbines together can measure distances up to 60 meters. The generator turns at a speed of 1,500 revolutions per minute.

What Is Steam Turbine Function? 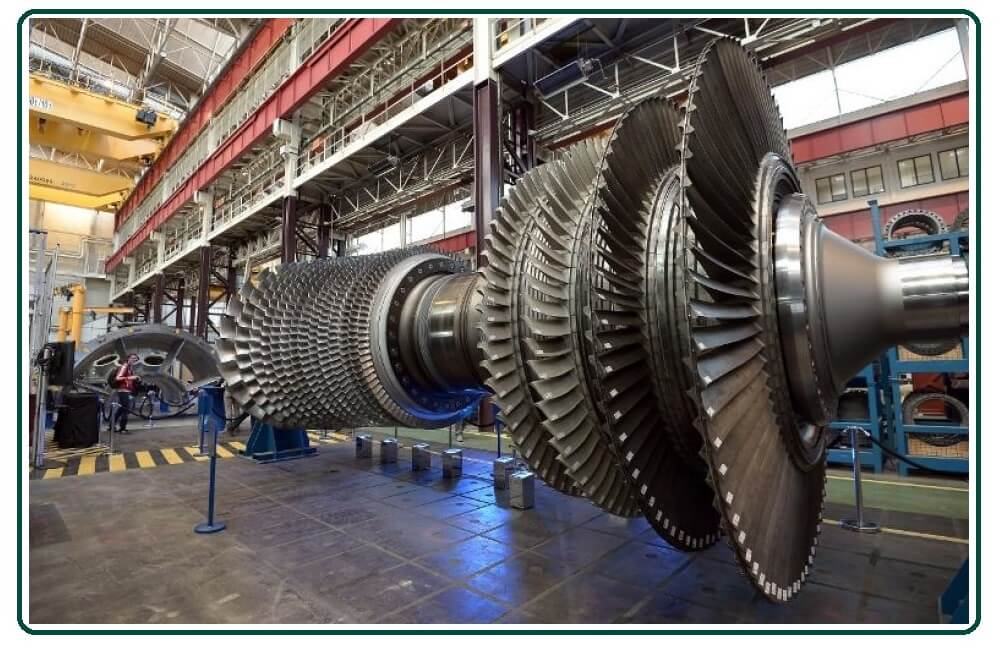 A steam turbine is a type of heat engine machine in which the heat energy of steam is converted into mechanical work. The construction of steam turbines is very simple.

This is not a piston rod; flywheel or slide valves are attached to the turbine. It is a rotor and a set of rotating blades that attach to the shaft, and the shaft is placed in the middle of the rotor.

The first steam turbine was invented by the Greek mathematician Hero of Alexandria around 120 BC. I did it, and it was kind of mutual. The modern steam turbine was built in the year 1884 by Sir Charl Parsons. This design has been changed several times.

Turbine capacity is coming from 0.75 kW to 1000 MW. It has a wides range of uses, such as pumps, compressors, etc. Modern steam turbines are also used as prime movers in a large thermal power plant. 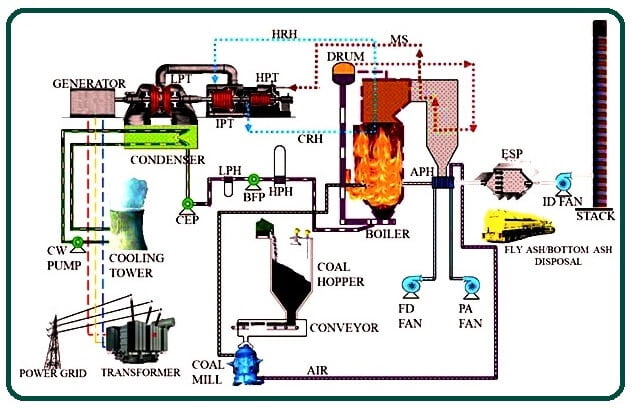 The working principle of a steam turbine depends on the dynamic action of vapor. The high-velocity steam is coming from the nozzles, and it collides with rotating blades that are fitted to the discs on the shaft. High-velocity steam produces dynamic pressure on the steam blade in which both the blade and the shaft rotate in the same direction.

Typically, a vapor turbine of steam extracts is converted into pressure energy and then to kinetic energy that allows steam to flow through the nozzles.

Then the construction of a steam turbine is simple; its vibration is much lower than other engines for the same rotational speed. However, different types of governance systems are used to improve turbine speed.

Steam Chest and the Casing of Turbine Function:

They are respectively connected to a high-pressure steam supply line and a low-pressure steam exhaust line. The casing has a steam chest, governor valve, and over-speed trip valve. The casing consists of a rotor and nozzles through which steam expands and is directed against the rotating.

Three examples of uses for the Steam chest and the casing are given below.

Includes shafts and disk assembly with buckets. The shafts extend beyond the casing through the bearing cases. One end of the shafts is used for coupling the driven pump. The other end of the shaft serves as the speed governor and over-speed trip system.

The rotor supports and assembles the casing and steam chest. Bearing cases include journal bearings and rotating oil seals, which externally prevent.

In thermal power plants, the purpose of a surface condenser is to condense the exhaust steam from a steam turbine to obtain maximum efficiency and also to convert the turbine exhaust steam into pure water (referred to as steam condensate) so that it may be reused in the steam generator or boiler as boiler feed water.

What Is the Function of Steam Turbine?

A steam turbine is a device that extracts thermal energy from the steam and converts it to mechanical work on a rotating output shaft.

A steam turbine is a machine that extracts thermal energy from pressurized steam and uses it to do mechanical work on a rotating output shaft.