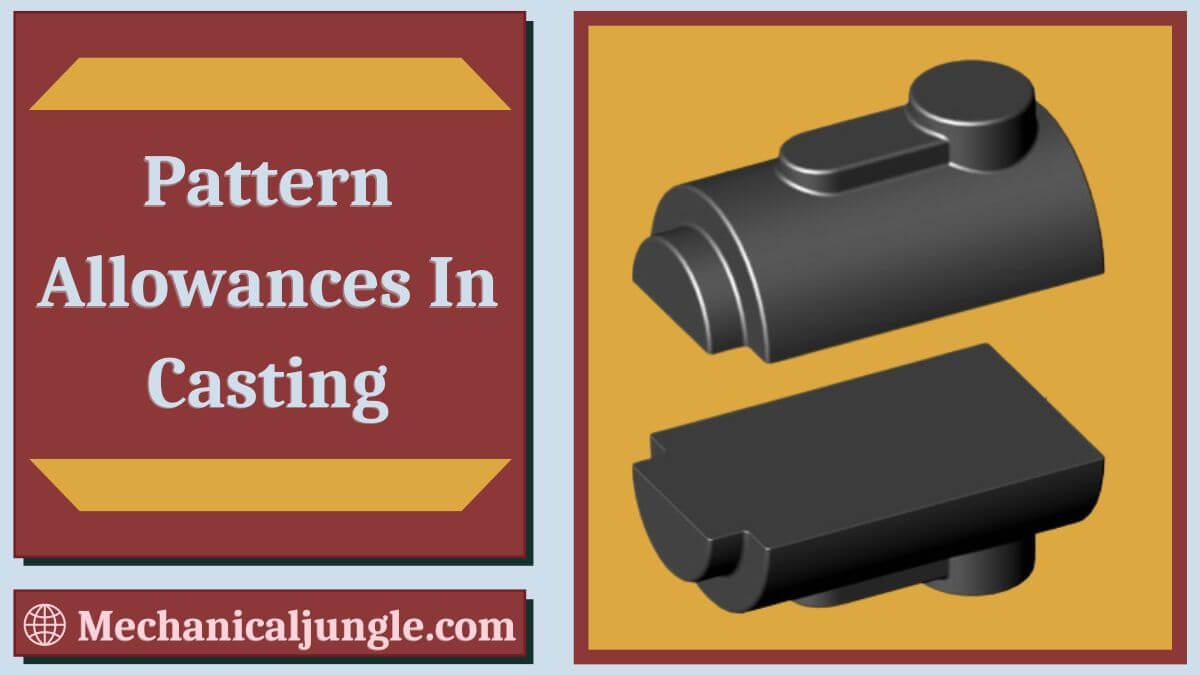 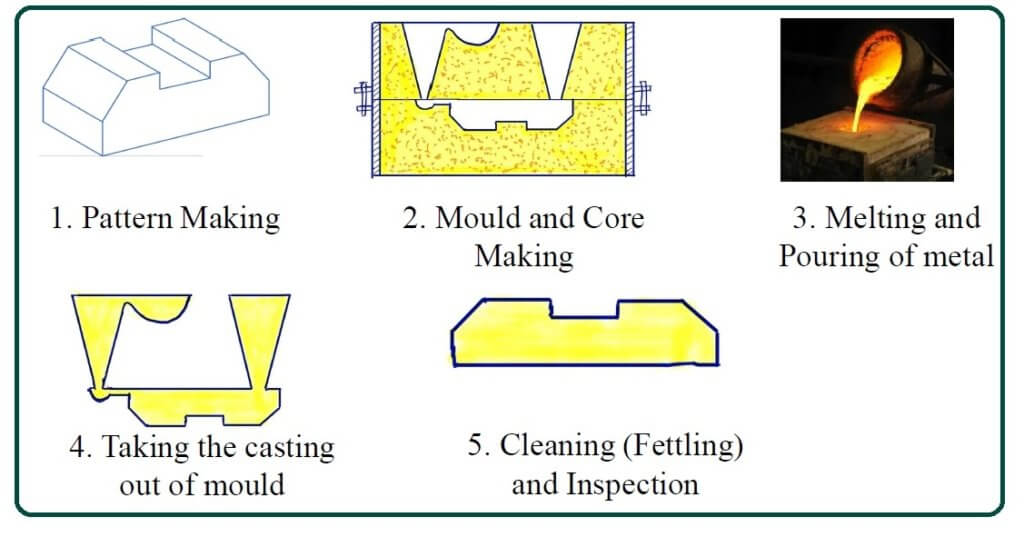 Example for Pattern Allowances In Casting

Why the Pattern Allowances in Casting Affected? 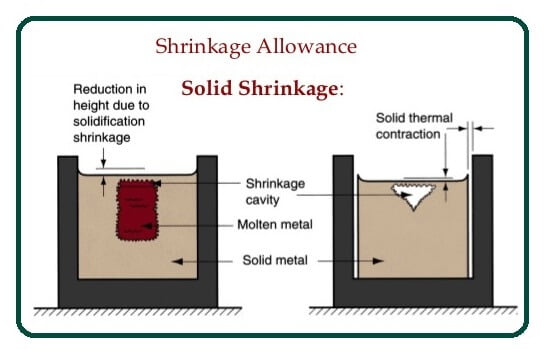 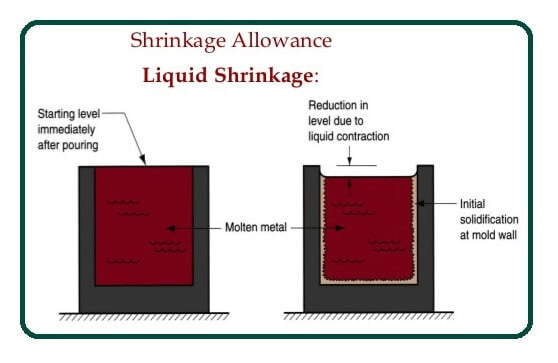 Based on the amount of allowance added to the pattern,

It varies from 2 mm to 15 mm depending on the size and material of the part. For very large machining allowances to increase the cost of molten metal and to remove more of the metal from the mold part by machining. 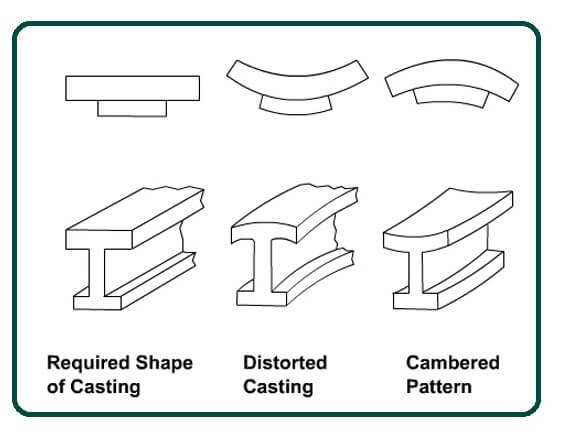 A pattern is always made larger than the required size of the casting, considering the various allowances. These are the allowances that are usually provided in a pattern.

This change in the pattern is due to when the cast solidifies; it shrinks at some limit due to the metal shrinkage property at the time of cooling. So to compensate for this, a pattern is made a little bigger. These slight changes in the pattern are known as pattern allowance.

The leading edge may break off during the removal of the cast. In order to permit removal and reduce the defects, the vertical faces of the pattern are tapered at a small angle known as the draft angle. This provision is known as draft allowance. The inner surface pattern required more draft than the outer surface.

There are five types of casting allowances are there, and those are:

It is defined in DIN EN 12890 and specifies the difference in length of cast parts between casting mold and casting. Only linear shrinkage is taken into account. It depends on the type of casting material, construction as well as stability of the mold during solidification and shrinkage.

Cast steel, for example, will shrink about ¼ in. per foot and produce rough-looking castings. Shrinkage allowances are known for various metals and an experienced mold designer will take the shrinkage into account when designing a mold.

Patternmakers correct for solidification shrinkage and thermal contraction by making the mold cavity oversized. The amount by which mold is made larger relative to the final casting size is called pattern shrinkage allowance.