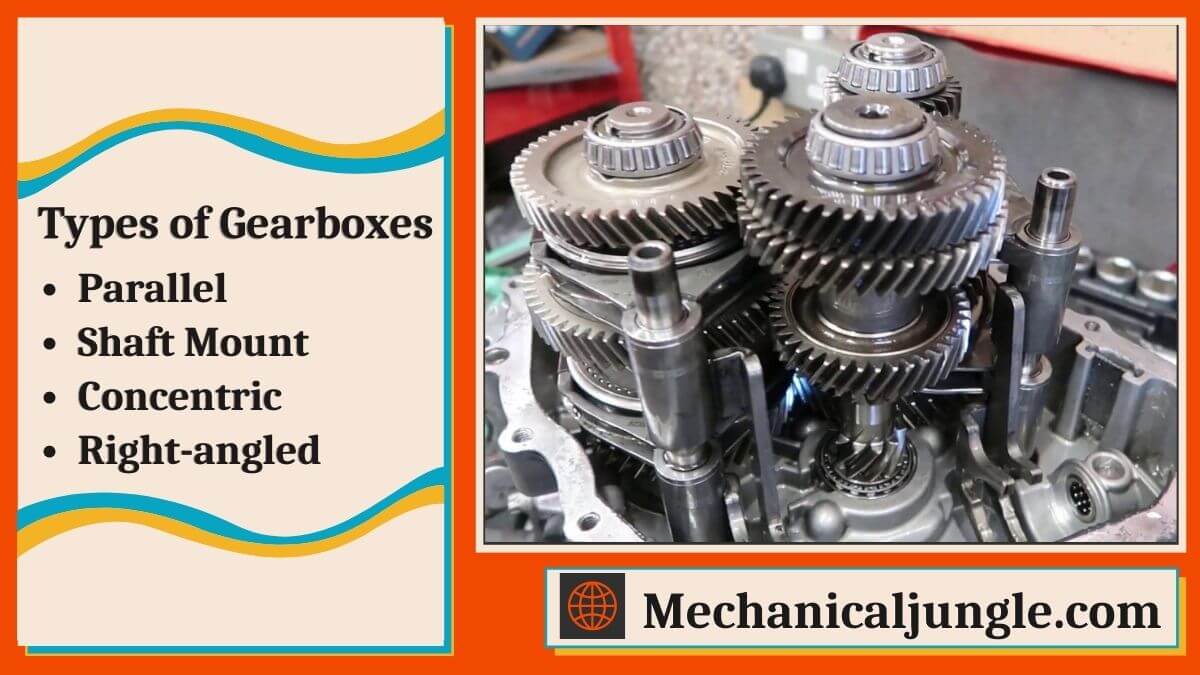 The Gearbox is called a ger transmission. It simply refers to the steps of the gear and their casing; these gearboxes are mostly found in automobiles/cars. Most motor car/truck engines conduct high idling speeds and high operating transmission, which allows the machine to operate efficiently.

What Is a Gearbox? 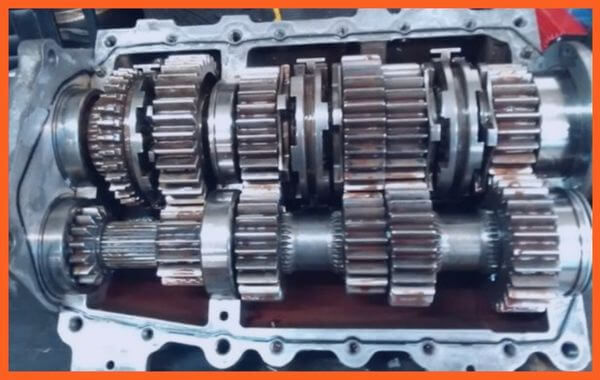 The motor has a shaft connected with the end of the Gearbox and, throughout the configuration, internal to the gears of a gearbox which will provide a given output torque and speed, which is set by the gear ratio.

In simple language, Gearbox is a device whose gears decide the vehicle’s speed. The meaning of the Gearbox is hidden in itself. This is a method by which we can transfer energy from one device/machine to another, and generally, it is used to increase the speed or torque of the vehicle and reduce speed and torque.

Most of the mechanical devices used this method of the Gearbox, for example, tools of the machine, equipment in the industries, and power transmission to change the speed and the torque as per need.

What Is the Purpose of Gearbox?

The Gearbox provides torque and speed conversion because of the internal combustion lamination. It also facilitates the direction changes for the output shaft to reverse. The main purpose of the Gearbox in the car is to decrease the load which is on the engine by controlling the torque and the speed of the vehicle.

Gearbox also has an option to select the different types of gear ratios. Once the engine crosses the speed limit on the first gear, it will advise to increase the gear and reduce the engine’s rpm, allowing it to pick the greater speed and acceleration and get better fuel economy.

Most vehicle gearboxes are used to increase the torque and reduce the speed of an output shaft, which generates a mechanical advantage. The automotive Gearbox also has a provisional to apply opposite that it will offer, increasing the speed of shaft output with the torque reduction.

How Do They Work?

The hydraulic motor and electric motor are applied at one end of a Gearbox. On the other end, the energy is converted into low-speed drive torque. The material used in the box has a long life and long service life, which helps or supports the enormous strength.

There are four main types of Gearbox

In the parallel Gearbox, the low-speed and high-speed shafts are on the horizontal plane, which is the same and parallel. And its mounting is foot mounted.

In the shaft gearbox, the Gearbox is directly mounted onto and supported with or by a driven shaft. And its mounting is shaft mounted.

In the concentric Gearbox, the high-speed and low-speed shafts are on the horizontal and vertical planes, which are the same. And its mounting is foot mounted.

In the right-angled Gearbox, the high-speed and low-speed shafts have a relationship that is 90 degrees. And its mounting is foot mounted.

This Planetary Gearbox is known for its accuracy, durability, and distinctive functionality. By precise applications, it is characterized. Using a planetary gearbox in the car will extend your device’s life of service and improve the car’s performance.

The Planetary Gearbox is available in two types, either in the form of a solid hollow or with various mounting, including flange, foot, and shaft. The type of the industry depends on the gear. Gearboxes are designed in such a way that they simplify their mechanical function in various types of industries.

The one point of the helical Gearbox is unique: it is angled and fixed, allowing the same direction in a similar direction as it gets a move. As a result, the contact remains constant for a certain time.

The helical gearing, which is an extruder, is also used when the strength torsional is optimally used, and it is also used for applications with low excitement. Applications include conveyors, steel, elevators, rolling mills, and the oil industry.

A large-diameter wheel worm is used in the worm gearbox. On the periphery of the Gearbox, the teeth get engaged by the worm or screw. Because of the crew-like movement, the worm gearbox causes the wheel to rotate similarly. The gear setup is designed in such a way that the setup can rotate the gear.

But it can’t rotate the worm. The screw angle is flat, so I used gear in their braking and emergency braking conveyor system. In pharmaceuticals, bottling plant conveyors and machines used in food industries and packaging machines in all these Gearboxes are used.

Bevel Helical Gearbox is the set of curved teeth that is on. The surface is conical near the edge of the machine. The bevel gear also creates the rotary motion between the non-parallel shaft. In mines, conveyor belts and also in mixers are involved.

Below there are six steps that will help you in repairing the Gearbox.

Whenever you contact the service shop for the gear, the first thing which they should do is to provide you with a not Exceed quote. And assume that they are repairing the Gearbox that is familiar with cost. This describes the potential costs involved in the renewal of your drive.

And, of course, request the additional service for the fee, such as an inspection for magnetic particles. This service will ensure that any hairline crack in the unit is discovered before it begins.

Whenever you receive this industrial Gearbox, do the basic visual assessment of an exterior which is carried out actually before the opening of the unit. In this, steps are involved which inspect the outer surface and check the overall functionality of that equipment, settings bearing, and backlash.

In this step of the gearbox repairing, the unit will be taken completely apart with the technician’s help. All the components of the machines, even the bearings, also get disassembled. It will make it capable or allow the technician to capture the Gearbox in which condition it is and its internal components arrive at the facility.

4.4. As You Found in Condition Report It

After the disassembly and the inspection have been conducted, the technician will provide you with a report known as an “As found condition” report.

In that report, they include the photos of your drive with any noticeable damage, and all the observations made by the technician makesill give the set of details to work and any recommendations for any component or part which may be needed to replace or service.

Once your quote is approved for the drive re-establishment and the unit is disassembled, the re-establishing process will begin. Any information related to the part of the component that needs or doesn’t need replacement will be included in the condition report.

Parts/components needing replacement include pinions, gears, and the shaft. Shims, seals, and bearing will always be replaced with the tire one vendor components/part.

The further steps in the Re-establish process after the clean-up and inspection, which is done 2nd time for the remaining components and parts, are to reassemble the Gearbox and inspect the present repaired drive.

After the completion of the re-establishment of your drive by the specialists, all the parts get reassembled. At this point, it will produce or establish the gear’s clearance, and the no-load spin test will be conducted. These quality assurance measures will provide peace of mind and help ensure your drive’s longevity.

It will then be sent to the blasted and will be repainted with two types of layers of paint epoxy if it passes both of the tests, which are noise and vibration. This paint is designed to put up with the harsh condition to expose the Gearbox.

We rebuild gearboxes for a lot of different industries. We use only the highest quality bearings and hardware. 35 years of experience gets the job done fast.

The gearbox ( Gearbox ) is a mechanical device used to increase the output torque or to change the speed (RPM) of a motor. The shaft of the motor is connected to one end of the gearbox and, through the internal configuration of gears of a gearbox, provides a given output torque and speed determined by the gear ratio.

What Is the Purpose of Gearbox?

In general, there are three different types of gearboxes: concentric, parallel, and right angle. A fourth type called shaft mount is also used in situations where the applications are in a configuration where they cannot be mounted by foot.