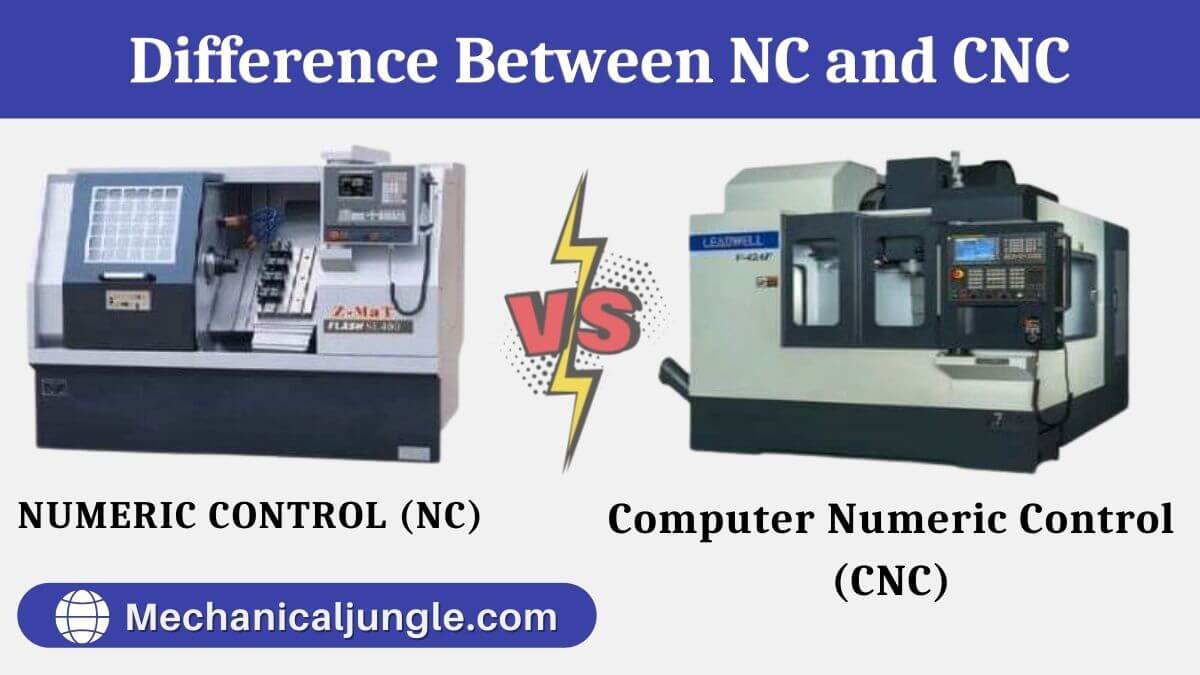 Difference Between NC and CNC:

NC (numeric control) & CNC (computer numeric control) are systems implemented in various industries and factories with different machining tools. These controls are mainly distinguished by the fact that NC is the traditional control that allows the use of information already entered in the machining process. Conversely, CNC goes one step further by providing greater flexibility and capability. CNC is capable of handling logical tasks.

The NC machine is a machine controlled by a set of instructions in the form of numbers, letters, and symbols called programs. The CNC machine is used to control the speed of the workpiece and tool with computer programs written in alphanumeric data. The program includes the construction method as well as precise instructions about the movements. In the NC machine, the program is fed into the punch card.

Difference between NC & CNC In today’s world, every construction industry wants high-accuracy products in a short time. And this complexity of high accuracy in minimum time can be achieved with the use of NC and CNC machines. Most of us do not know the basic differences between these machines.

The various differences between NC and CNC machines in tabular form are as follows: 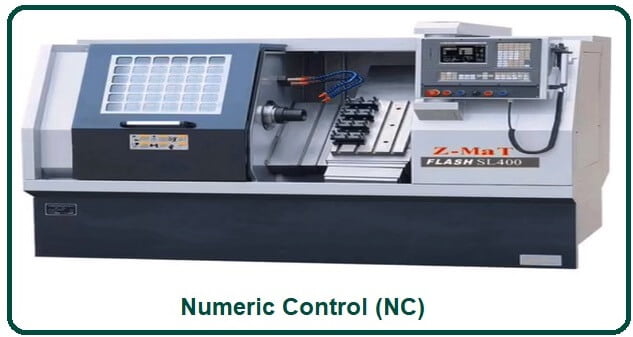 NC systems use fixed logical functions to handle a machine’s tool or a machining process. The NC specifies the control of the movements of the machine and various different functions with the help of instructions indicated as a sequence of numbers. The electronic control system drives these NCs. However, we cannot change functions in NC, which means that it is not programmable due to the rigid wiring of the controls logic and is considered hardwired.

To feed instructions in NC machines, an external medium is used, such as paper tape or magnetic tape. It processes the information received from this tape step by step, which is stored in the memory of the control system called ‘buffer storage.’ Therefore, when the machine is working on a single instruction block, it reads the next block from tape and is saved in the memory of the machine control system. 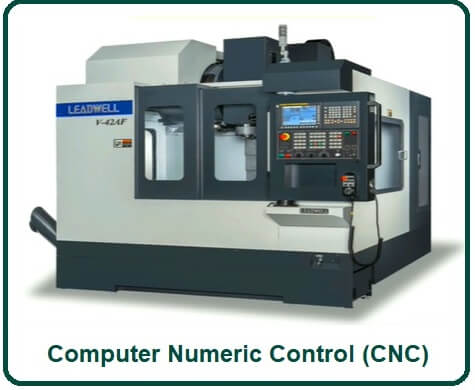 CNC stands for, and it is generated by merging the computer with numerical control. So, how does it differ from the NC system? It uses internal microprocessors (computers) consisting of memory registers—the memory register stores various routines that can successfully manipulate logical functions. As a result, a machine operator is able to change the program only on control. This is very beneficial for CNC machines. Unlike NC machines, CNC machines store programs and logical functions in specialized computer chips, so it is called software.

Complementary features of CNC that were not available with NC machines are: The part program can act as an input to the controller unit with the help of a keyboard or paper tapes so that it can be read by a tape reader within the control unit. The included part program can be used repeatedly.

CNC machines allow coverage for any change in modifications in the dimensions of the cutting tool. It also provides information about the use of the machine, which is useful for management.

Conclusion of NC and CNC:

The main difference between CN and CNC machines is that NC uses perforated cards directly to control machine tools. On the other hand, CNC employed a computer that interfaces with various MCUs (machine control units) from which information flows.

Computer numerical control (CNC) is a method for automating the control of machine tools through the use of software embedded in a microcomputer attached to the tool.

CNC machining or Computer Numeric Control machines have changed the face of the manufacturing industry thanks to the pre-programmed computer software dictating the movement of the factory tools and machinery and increasing overall efficiency.

Computer numerical control (CNC) is a method for automating the control of machine tools through the use of software embedded in a microcomputer attached to the tool. It is commonly used in manufacturing for machining metal and plastic parts.