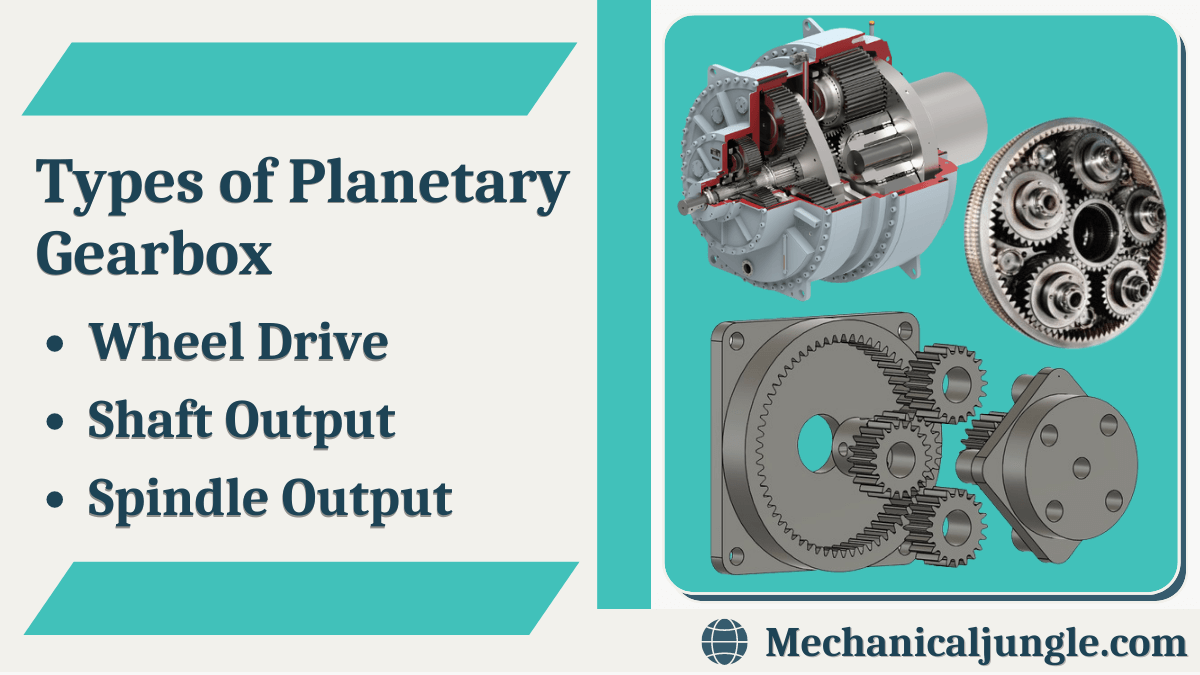 What Is a Planetary Gearbox?

Which millennium-old tech basics are some of the most innovative technological breakthroughs of the moment? Robotics, 3D printing, and new modes of transportation have one thing in common: often, they are driven by a planetary gearbox.

Planetary gearboxes are a gearbox with the input shaft and output shaft aligned. Planetary gearboxes are used to transfer the greatest torque in the most compact form known as torque density. The acceleration hub of a bicycle is a great example of a planetary-wheel mechanism: have you ever wondered how you can get so much power & efficiency in such a small hub? For three-speed hubs, a one-stage planetary gear system is used; for five-speed hubs, a 2-stage.

Each planetary gear system has a reduction position, direct coupling, and acceleration mode. In mathematical terms, the smallest reduction ratio is 3:1; the largest is 10:1. At a ratio of less than 3, the sun gears become much larger than the planet gear.

At a ratio greater than ten, the sun wheel becomes too small, and the torque will drop. Ratios are usually absolute, i.e., integer numbers. Who invented the planetary gearbox is not known, but it was functionally described by Leonardo da Vinci in 1490 & has been used for centuries.

Why Is It Named a Planetary Gearbox?

It looks very similar to our planet’s Solar System, and that’s where the name comes from. What helped is that ancient gear constructions were widely used in astrology for mapping & following our celestial bodies. So it was not such a bigs step.

In practice, we often speak from the point of view of the use of planetary gearboxes for industrial automation. That’s why we call sun gear the input shaft, planet gears and carrier as the output shaft, and satellite gear or ring gear as housing.

It is possible to realize different speeds & to turn directions with the same construction. This can be achieved, for example, by reversing the gearbox, which offers the following possibilities:

How Does a Planetary Gearbox Work?

Planetary gearboxes, also known as an epicyclic gearbox, is one of the most interesting types of gearbox available within speed control. They are often used in automotive as an important part of automatic transmissions.

A planetary gearbox is a type of gearbox where both the input and output have the same center of rotation. This means that the centers of the input gear rotate around the center of the output gear, and the input & output shafts are aligned.

The one-of-a-kind gearbox meets all modeling concepts of servo applications, offering a comparatively longer performance life with fewer maintenance needs once – Planetary Gearbox. This is because planetary gearboxes provide great torque transmission with suitable stiffness and low noise in a footprint that is more compact than other device forms.

The arrangement of gears can be compared to our Milky Way, where the planets revolve around the Sun, hence the name “planetary gearbox.” As discussed earlier, there is a “sun” gear in the middle of the planetary gearbox – also offered as the central gear. It is always the input part.

Around the outsides, there are two or more “planetary” components – or external gears. Around the planetary parts, there is a ring component that connects the formation. The planetary gears are connected to a carrier which in turn is connected to the output shaft.

The design of a planetary gearbox is relatively simple, consisting of a central sun gear, an outer ring also known as an inner gear because its teeth are turned inward, a carrier, and a planetary gear. The spinning occurs as a result of input power to the sun gear.

It rotates with the planetary parts and incorporates the output shaft. In the middle of the planetary gearboxes, there is a “sun” gear – also known as the central gear. This is often the input gear. Around the outsides, there are two or more “planetary” gears – or outer gears.

These are important to keep in mind when selecting a planetary gearbox for your application;
Required specifications – torque, reactance, ratio, etc. of the application must be taken into account.

Environment: – ​​Some environments can leave a gearbox exposed to dust, dirt, or moisture, so it is important to consider this factor and choose the right safety gearbox.

Space: – Planetary gearboxes are available in a variety of sizes; smaller gearboxes can be used if limited space is available.

Three main types of planetary gearboxes are available based on their performance, including wheel drive, shaft output, & spindle output. Here’s what they are & how they perform. 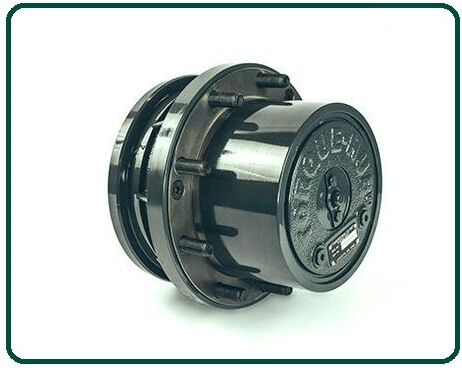 The sun gear drives the surrounding planetary parts, which are connected to a carrier in a wheel drive planetary gearbox. When the sun gear is performed, the planetary gears transmit to the outer ring gear. Wheels can be attached to the housing of the system.

By connecting the wheel directly to the gearbox, the size of the system can be customized. Wheel drive planetary gearboxes can be used in cases up to 332,000 N.m of torque. 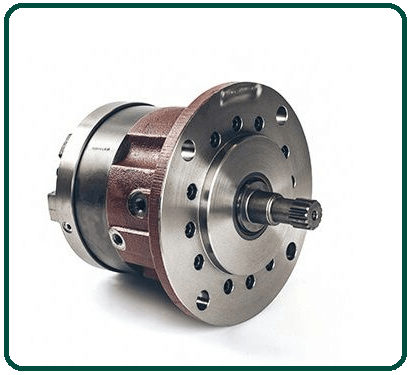 The sun gear drives the surrounding planetary parts, which are housed in a turning carrier in a shaft drive gearbox. The ring portion is held stationary, with the turning carrier providing drive to the shaft. The housing part of the system is connected directly to the machine, with the output turning shaft. The range of shaft output gearbox can give output up to 113,000 Nm. 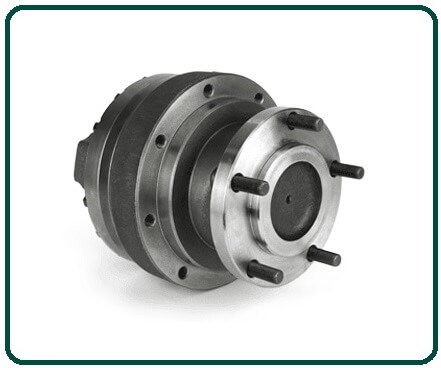 Spindle output planetary gearboxes perform in a similar way to shaft output, although the output is provided as a flange. Spindle drives planetary types can be used in an application with up to 113,000 Nm of torque.

What Are the Drawbacks of Using Planetary Gearbox?

Planetary gearboxes have some drawbacks and disadvantages. Their complexity in modeling and production makes them a more expensive method than other gearbox forms. And precise manufacturing is of utmost importance for these devices.

If one planetary gear is placed closers to the sun gear than the other, there may be some imbalance in the planetary gears, leading to increased wear and failure. In addition, the compact footprint of planetary gears results in high heat dissipation, so applications that perform at very high velocities or experience sustained performance may require cooling.

Once a “normal,” in other words, the inline planetary gearbox is employed, the motor and driving parts must conform to each other, although constructors offer right angle models that incorporate other gear sets that are supplied. There are always bevel gears with helical teeth to do.

The offset between the output and the input. Consider that planetary gearboxes can be made with either a spur gear or a helical gear. Spur gears have zero helix angle; Therefore, they do not create any axial force. As a result, the bearings in a spur-type planetary gearbox serve only to provide the gear shaft. In contrast, helical types include a helix angle between 10 and 30 degrees, resulting in considerable axial forces.

Spur Gear and Helical Gear in Planetary Gearbox Reference: Speed ​​Control Tips Furthermore, in a planetary gearbox – whether it is a helical designs or spurs type – bearings play an essential role in the torque transmission aspect.

But the planetary configuration gives a limited gap in the gearbox for the inclusion of bearings. Needle bearings are a suitable choice from the aspect of size but are not manufactured to bear significant axial forces. Tapered rollers bearings are more desirable for high axial force but are generally larger than needle bearings.

Basic limitations on bearing type and size, combined with the dual function of supporting an axial load and transmitting torque, mean that the torque level of a helical planetary gearbox may be smaller than that of similar gearboxes employing spur gears. , whose bearings only bear certain forces because of no axial force of torque transmission.

Our planetary gearboxes come from our suppliers. Micron; we are a major distributor of their products within the UK. We have teams of experts to assist you with your selection and give you expert advice on which planetary gearbox would be best suited for your application. We can supply a complete Micron Planetary Gearbox with a ready mount system to match your motor.

How Does a Planetary Gear Work?

The principle of fixed-gear transmission is very simple. In a pair of intermeshing gears, there is a gear as the driving wheel, and the power is input from it. Another gear acts as a driven wheel and power is output from it.

Three main types of the planetary gearbox are available based on their performance, including a wheel drive, shaft output, and spindle output.

A planetary gear set is made up of three types of gears: sun gear, planet gears, and ring gear. The sun gear is located at the center (yellow) and transmits torque to the planet gears (blue) which are typically mounted on a moveable carrier (green).

Dana Fairfield is a leading producer of custom gears and drives and is the result of the acquisitions by Dana of Fairfield Manufacturing.