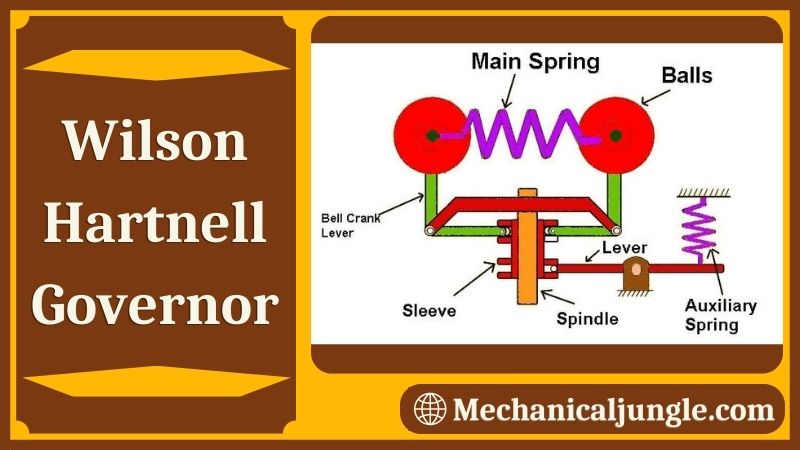 The Wilson-Hartnell governor is a spring-controlled load governor classified under centrifugal governors. We have discussed Hartung governor and Hartnell governor in previous articles, which are also spring-loaded governors with different constructions and working principles of this type of governor. 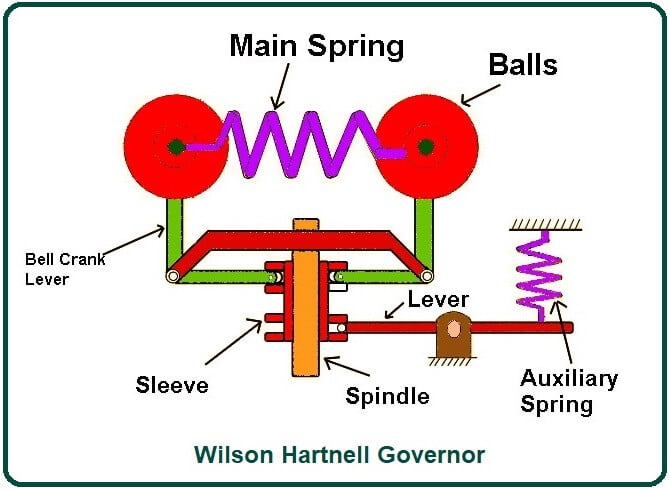 It is also known as a spring-loaded governor. It is a special type of governor in which a spring is attached between the balls of the governor. This spring is called Main Spring.

The mainspring is stretched and placed between the balls, which means that the mainspring always exerts an inward force to both fly balls. It also has another spring which is known as an auxiliary spring. It is connected to the auxiliary spring sleeve via a pivoted lever.

In Wilson Hartnell Governor, fly balls are connected to each other through spring. This spring is called the main wire and is placed between the balls in a stretched position and forces both balls inward. Apart from this spring, thises governor also has an assistant spring.

When the spindle rotates, the bell cranks lever rotates with the spindle, and the fly ball attached to the crank lever rotates as well; the centrifugal force is experienced by the two balls that pull the ball away from each other but in the mainspring balls.

Pulls one towards the other. When the rotation speed of the spindle increases, the radius of rotation of the balls increases. Due to the external movement of the balls, the bell crank lever lifts up and so lifts the sleeve. So when the sleeves go up, the fuel supply decreases.

The bell crank lever rotates along the spindle. When the speed increases the rotation radius of the ball increases. The ball’s outward motion activates the bell crank lever and lifts the governor sleeve—the upward movement of the sleeve in the fuel supply decreases, and therefore, the engine speed decreases.

Likewise, when the spindle speed decreases, the ball moves inward. This is the result of the fall of the governor sleeve and the increase in fuel supply. 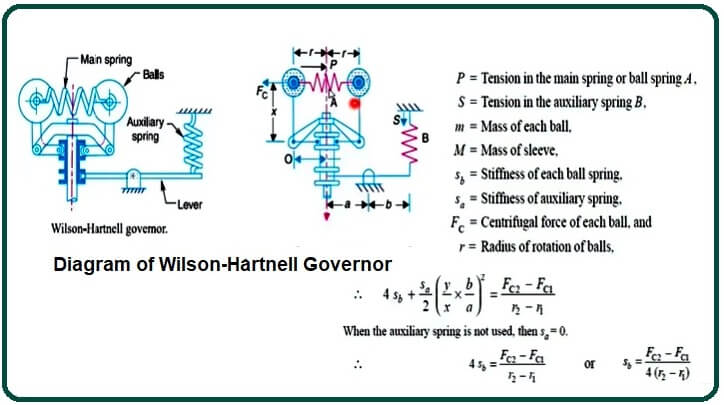