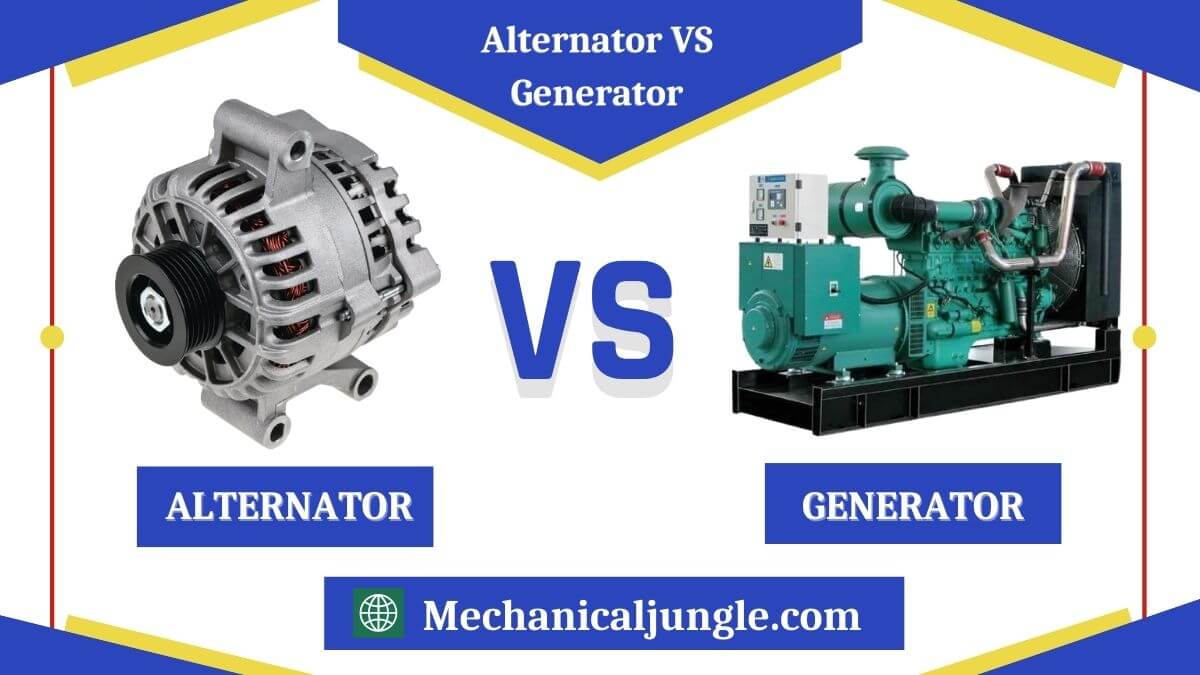 Alternators are machines that convert mechanical energy into electrical energy to generate alternating currents. Hence, it is called an AC generator or synchronous generator.

In an alternator, electricity is generated when a magnetic field moves inside the coil’s winding. There are different types of alternators depending on the application and design. 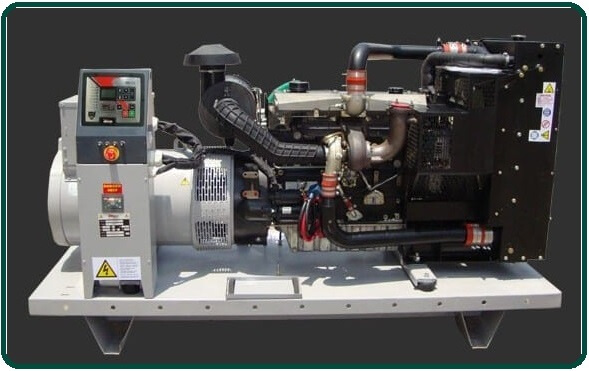 Electric generators are machines that provide electricity when there is no power supply from the power grid. The armature or winding of the wire in a generator rotates within a fixed magnetic field and hence generates electricity.

Thus, industrial generators are often primarily useful for supplying power backup for electrical equipment in the home or office. Also, this power supply will do all the work of supplying from the grid. This power source is always useful in the scenario where power grid supply is not possible such as in mining and farming operations.

This also applies during new development and construction locations. Some electric generators are small as well as portable. But there are also large generators, which need proper and permanent installations. 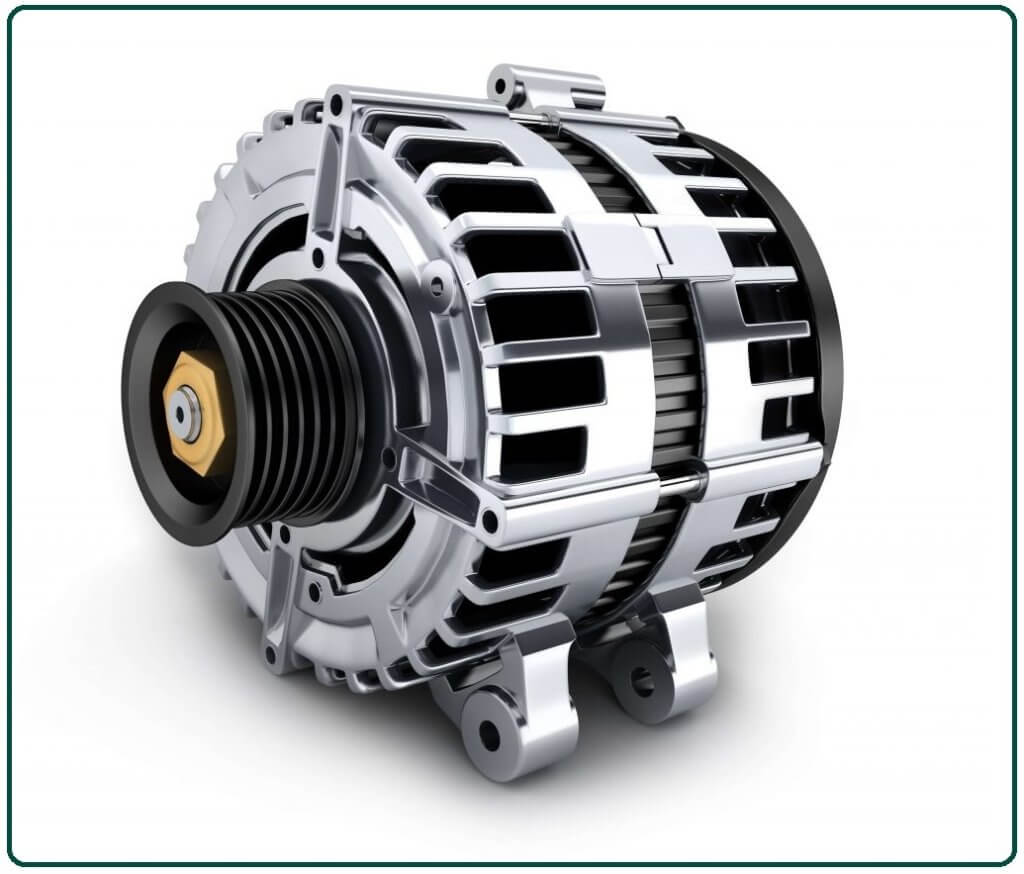 Alternators are types of generator that generates electrical energy in the form of alternating current (AC) from mechanical energy. The ability to converts mechanical energy into electricity to charge your car’s battery under the hood makes them a common finding in the auto industry.

A current is created to deliver energy by the mechanical process of rotating the magnet without conversion to direct currents (DC). This device only generates energy when needed, making them very efficient.

They can turn on or off when the battery needs to be recharged and, therefore, your car will not die if run for extended periods of time. One telltale sign of a bad alternator is that your car’s battery is drained if the car is still running. This means that the device is not charging the battery.

In general, an alternator is a more rapid version of a generator that wastes less energy because it can reduce the amount of power needed. They cannot charge a dead battery completely as this can lead to a fire and cause more damage. 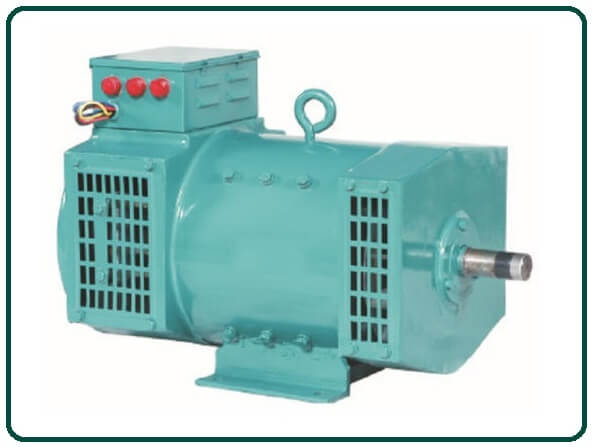 On the other hand, generators generate electricals energy from mechanical energy as wells. The process is similar to that of alternators, but generators can provide either’s AC or DC. Generators consist of rotors, which are made up of coiled wires.

These coiled wires spin and cause electricity to build up while the magnetic field surrounding them remains constant. As a result, magnetic fields are created &, in turn, generates the amount of energy needed to rotate the armature.

The magnetic field of the alternator always rotates inside the stator. This is in comparison to generators, which have a fixed magnetic field. When the rotating chain of coils in an electric motor, also known as the armature, is stationary, it makes the rotor vulnerable to the production of (low) voltage excitation through the slip ring.

If more power is required, opt for a generator as it can generate a voltage across the appliance without stopping. That being said, the generator can also be used to charge a completely depleted battery. In these aspects, we believe that as a power backup for homes & vehicles, generators are your best bet. Generators are suitable for heavy-duty jobs as they have a constant output current and produce both AC and DC. 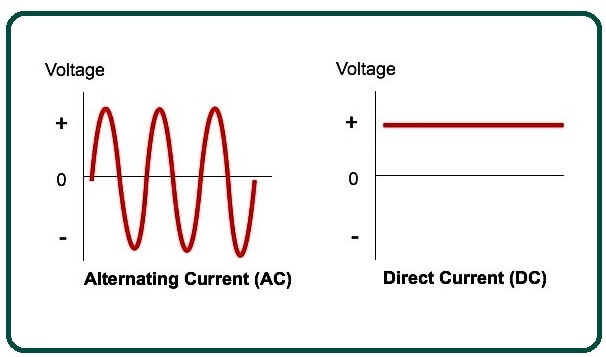 It is easy to understand the differences between AC and DC. Batteries come with both a positive and a negative terminal, and charged electrons move from one end to the other as they move through a conductor.

As these charged electrons move, an electron pulse is generated when the alternating currents reverse the flow of these electrons. In turn, these create energy currents that offer a smalls current of energy, making them useful for conserving electricity.

On the others side of the coin, direct currents supply a constant stream of electrons that flow in one direction. Regulating alternating currents is needed to control the amount of energy produced by the source when a specific frequency is required.

The alternator also has a dynamic magnetic field and rotations per minute (rpm) range, while the generator has a static one, where the armature winding spins and gives a small variation in its rpm range. After this, alternators cannot ‘revive’ a completely drained battery, but a generator can.

What to Look Out for in Generator:

There is a wides range of options for you to chooses generators from. It can be difficult to distinguish the goods and bad of a generator, so if you’re ready to get a portable generator, whether it’s for leisure or emergencies, here are a few things you’ll want to pay attention to. For starters, newer versions of the generator are equipped with push-button start.

It’s in comparison to the old pull-start we’re all familiar with. Thereafter, it is highly suggested to get one that comes with wheels to take its portability to the next level.

It takes a lot of effort to physically carry a generator and having wheels will add that touch of convenience you never needed. It’s helpful to choose a generator that automatically shuts off when the oil level drops below a certain threshold, so protect yourself and your generator and make sure power is spread across multiple electrical outlets.

This helps to maximize the lifetime of the generator and also makes it a safe way to get the power you need. Lastly, it never hurts to give yourself a few options, and some generators give you the option of using a source of fuel such as propane or natural gas. You can even convert generators depends on what you need.

Definition of an Alternator:

Asynchronous generators or alternators are a machine for converting mechanical power from a prime mover into AC electrical power at specific voltage & frequency. A three-phase alternator is used because it has many advantages for distribution, generation, and transmission.

Large alternators are used in thermal, hydro, and nuclear power stations for bulk electricity generation. Magnetic poles of the rotors are excited by the direct field currents. When the rotor rotates, the magnetic flux cuts the stator conductors & therefore induces an emf in them.

Generators convert mechanical energy into electricals energy or power. The working of the generator is based on the principle of Faraday’s laws of electromagnetic induction; that is, EMF is induced whenever the conductors cut the magnetic flux.

The magnetic fields are provided by either permanents magnets or electromagnets. The ends of the coil are connected by two slip rings. The slip ring collects the induced current in the coil and transfers it to the external load resistance R. The rotating coil is called an armature, which is made of copper.

Key Differences Between Alternator and Generator:

An alternator is an electrical generator that converts mechanical energy to electrical energy in the form of alternating current.

Difference Between Alternator and Generator

In electricity generation, a generator is a device that converts motive power (mechanical energy) into electric power for use in an external circuit.

How Does a Whole House Generator Work?

Whole house generators are wired directly into your home’s electrical system and connect directly to the fuel source. If the power goes out, these generators will turn on automatically. This means no trudging outside in terrible weather for the homeowner to restore power to their home.

Generac How Does It Work?

How It Works. A Generac home backup generator senses a power outage, turns on automatically, and delivers backup power to your home. It will run until utility power returns – whether that’s two hours or two weeks.

How Do Generators Work?

Electric generators work on the principle of electromagnetic induction. A conductor coil (a copper coil tightly wound onto a metal core) is rotated rapidly between the poles of a horseshoe-type magnet. The conductor coil along with its core is known as an armature.

How Does Alternator Work?

The alternator works by turning mechanical energy into electrical energy. When your engine is on, it powers a drive belt that rests on a pulley attached to the alternator. The pulley turns the alternator’s rotor shaft, which spins a set of magnets around a coil.