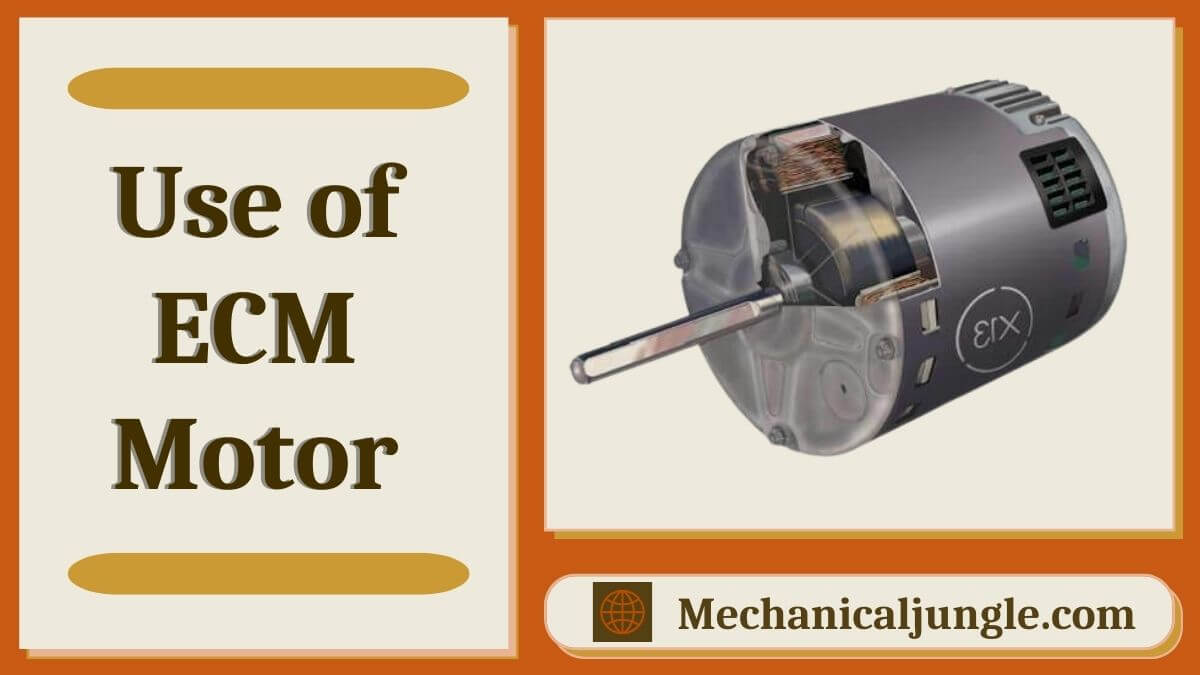 What Is an ECM Motor? 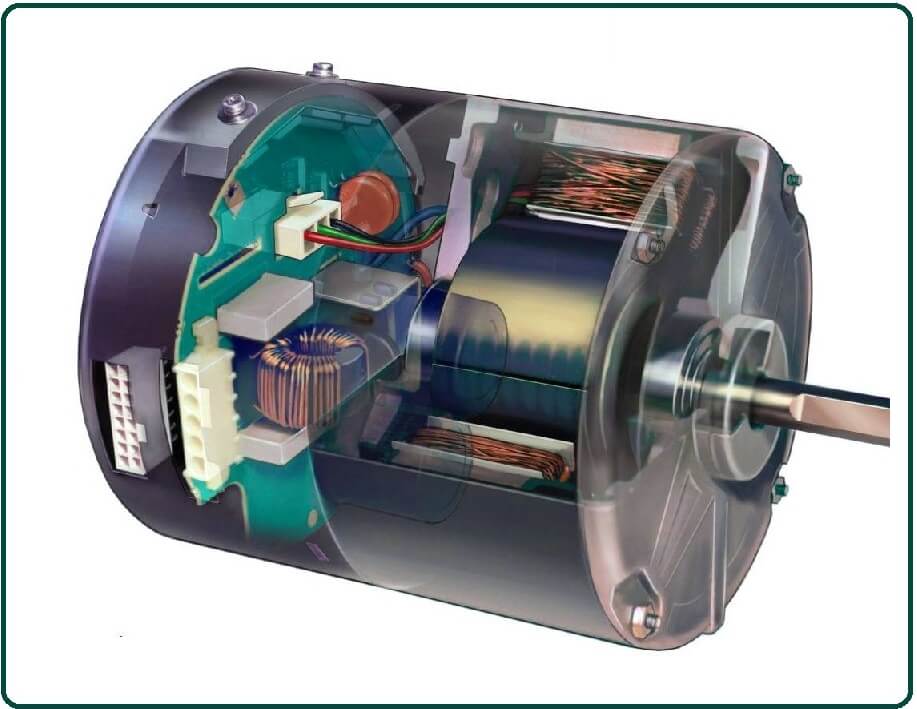 Since CFM, RPM and torques are all related, the basic principles are the same. But for the sake of eases of discussions, I am going to focus on the Constant Torque ECM Motor.

HVAC (Heating, Ventilation, and Air Conditioning) device is those that heat or cool a certain area. They are especially important when building large office buildings or climate-controlled settings. One of the primary objectives of current HVAC research is to identify ways to improve machine energy quality.

Energy savings are not only a great way for homeowners & business owners to save money, but they are also good for the world. An ECM engine, also known as a variable-speed motor, is an important advancement for air conditioners and furnaces. In layman’s terms, an ECM motor reduces the overall power consumption of an AC or furnace while assisting in the maintenance of adequate airflow through the device.

Constant Torques ECM is made up of two parts, the motors, and the ECM microprocessor, both of which are housed in a shell. The microprocessor is the “brain” of the motor. It holds the logic that controls the motors.

Logics are math equation or algorithm that finds the ideal airflow for each specific piece of HVAC equipment and uses a formula to calculate the exact relationship between motor speed and torque to maintain that airflow.

It should be noted that ECM motors programming is specifics to each model of HVAC type of equipment, so programming is only done at the factories, not in the fields. When ordering a replacement ECM motor, the tech must know the specifications of the model in which the motor will be installed to function properly.

The most important feature of an ECM motor is its low energy consumption. The biggest drawback of this motor is its complexity. These motors are more prone to failure due to the electronics used in these motors. Let’s continue reading how ECM motors work, where it is used, and summarize the pros and cons.

Use of ECM Motor: 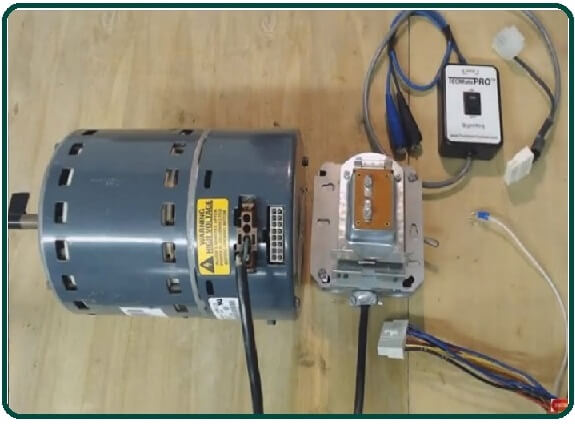 The use of ECM motors is increasing rapidly. Today, all motors used in residential & light commercial HVAC (indoor and outdoor) and commercial refrigeration evaporators and condensers have ECM application.

It provides improved electrical efficiency as well as the ability to program more precise and regulated motor operation on a wider variety of HVAC system outputs, thereby improving user comfort.

How Does an ECM Motor Work?

Once the settings are programmed into the microprocessor at the factory and the control board dip switches are set to field, motor torque and airflow (CFM) should remain constant. What will change the motor speed (RPM)? Depending on system conditions, motors will need to spin faster or slower to maintain steady torque and airflow.

This was where the people in my office and I got really stuck. We couldn’t figure out what could have triggered the change in torque? This draws out its static pressure in the systems. When the loads or demand on the systems increases (as if it is really hot outside, for example), high static pressure exists.

Higher cooling demand increases condensation on the evaporator’s coils, reducing airflow (hence the higher static pressure). Resistance to airflow can also be caused by a clogged filter or dirty coils, which will also increase the static pressure.

When the microprocessor increases the sensitive torque, it automatically increases the speed of the motor. A faster motor creates more airflow to ensure that the CFM system remains stable despite resistance from conditions such as a clogged filter or hard-working evaporator.

More airflow also lowers the static pressure, which reduces torque. At the same time, the increased airflow also provides the additional oomph of airflow that is needed to provide additional cooling or heating capacity to the system during times of high demand for the system.

How Does an ECM Motor Work?

An ECM can be described simply as a basic electric motor, operated by microprocessor-based motor control. Instead of line voltage being provided directly to the winding (speed taps) to energize the motor (as in PSC and shaded-pole motors), line-voltage power is supplied continuously to the motor control.

What Is ECM Motor?

The letters ECM stand for electronically commutated motor, which might sound a bit complex to understand. In the simplest terms, an ECM motor lowers the total electrical consumption of an AC or furnace and helps to maintain proper airflow through the system.

What Does the ECM Do?

Do ECM Motors Use Capacitors?

The ECM is one way of saving on energy costs. One of the characteristics of the ECM is that they do not require adding an external run or start capacitor. But a run capacitor may still be needed for the compressor. From the compressor, the Start (S) and Run (R) leads are connected to the capacitor.

What Is an ECM?

What Is an ECM Blower Motor?

What Is an ECM Motor on a Furnace?

The ECM model is a variable speed unit that will adjust the airflow to optimal levels based on the desired temperature of the home. This results in a 25 percent to 75 percent lower operating cost for the year. The ECM can use as little as 80 watts when running (that’s less than a single 100-watt light bulb).