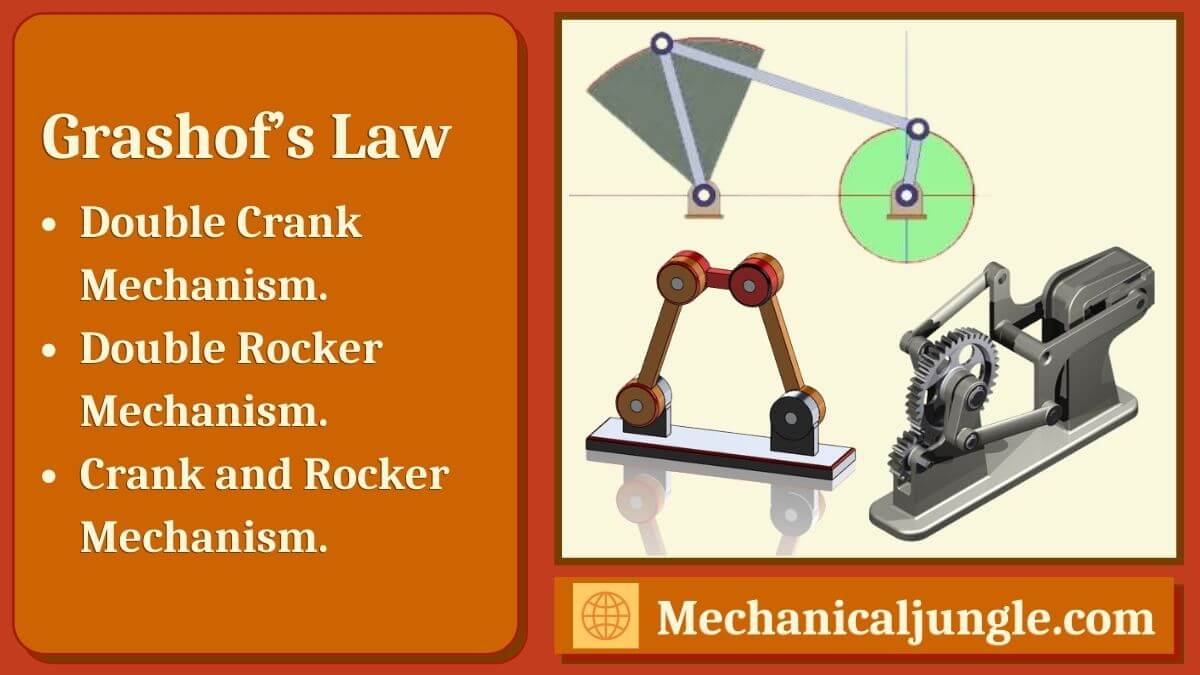 Grasoff’s law states that for a four-time linkage system, if the sum of the shortest and longest lengths of a planar quadrilateral linkage is less than or equal to the sum of the remainings two links, then the shortest link is independent of respect.

It can be rotated to a neighboring link. In a four-bar series, there are four turning pairs and no sliding pairs.

Mark the shortest link of the four-bar linkage with S and the longest link by L, and the other two links by P & Q.

The necessary condition to satisfy the Grashoff law is:

This situation is divided into two cases: –

By fixing different links one at a time, this case produces three mechanisms. These mechanisms are:- 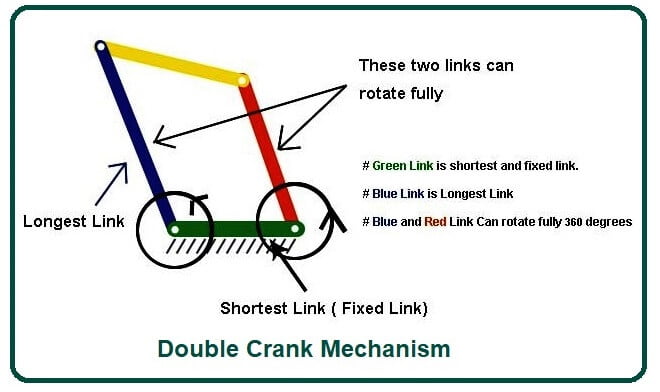 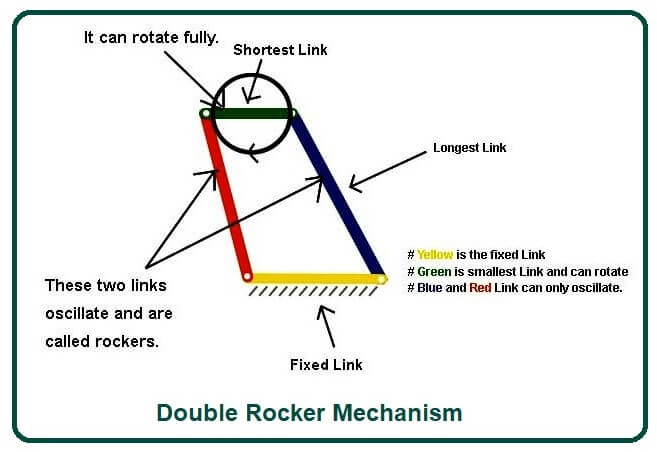 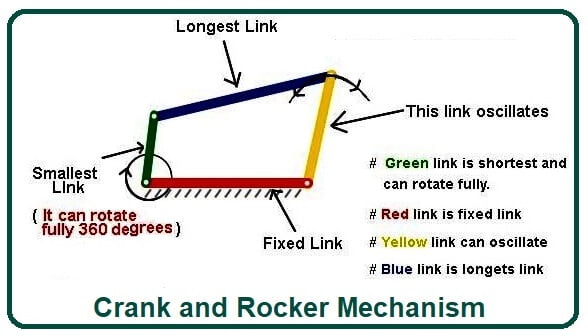 In such a kinematic chain, the links become collinear at least once per revolution of input cranks.
This case is divided into two cases: –

Case 2.1:- Length of All Links Are Distinct-

In such a case, two links are possible depending on the placement of the link: – 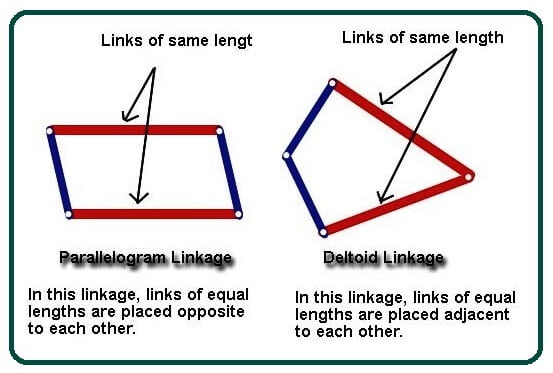 In both cases, the inversions obtained are either a crank winding or a double crank mechanism.

These two linkages change the situation when the links collide.

In this case, no single link can make a complete revolution, regardless of whether the four-link is fixed. So, in this case, there is only one inverse, and that is. 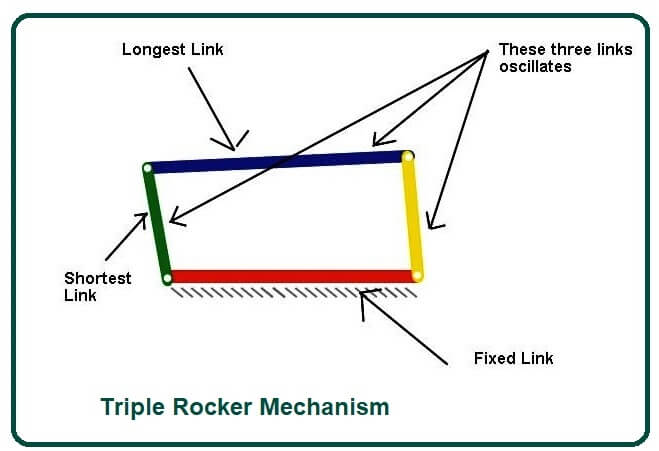 The double Crank Mechanism converts a reciprocating motion to a rotational motion and vice versa. The interest in this mechanism is that it has three moments of standstill. This project aims at carrying structural analysis of the mechanism with two different loading configurations.

The crank–rocker mechanism is, basically, a four-bar mechanism in which the output link oscillates when the input link completely rotates, consistent with Grashof’s Law.

The crank rocker mechanism is a common mechanism widely used in a sewing machine, mixer, shaper, and other equipment.