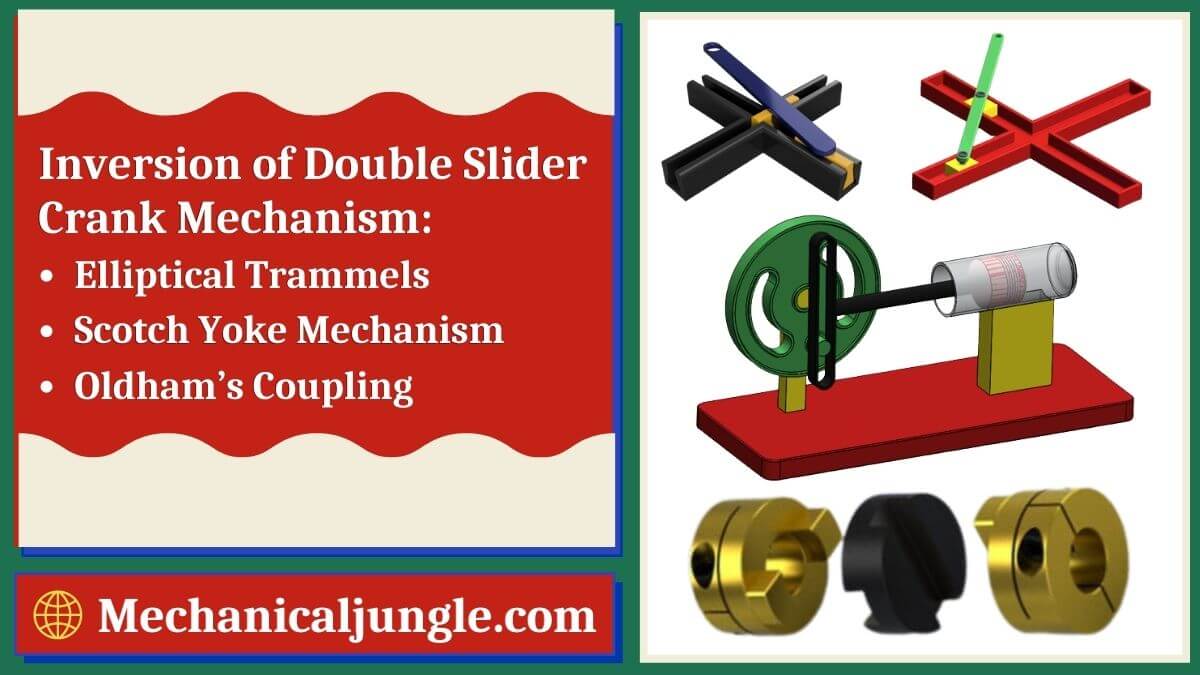 In a different inverse of double slider crank chain: –

There are three important inversions of the double slider crank chain. These three are:- 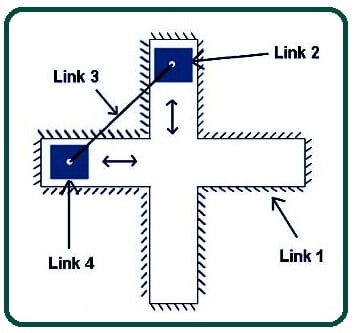 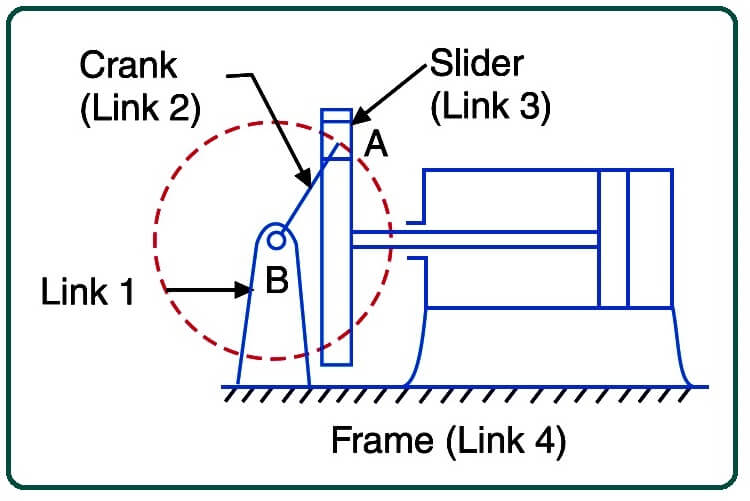 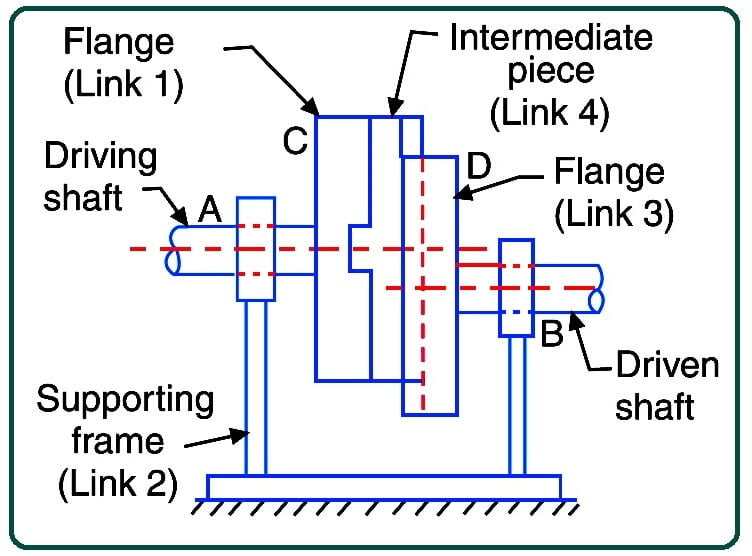 An elliptical trammel (also known as the Trammel of Archimedes) is used to draw ellipses of various sizes. Elliptical Trammel is an inversion of a double slider crank chain in which there are two sliding pairs and two turning pairs. Slider 1 (Link 4) moves vertically while slider 2 (Link 2) moves horizontally.

The Scotch yoke mechanism is a reciprocating motion mechanism, converting the linear motion of a slider into the rotational motion of a crank or vice versa. In the present study, it has been considered that the gravitational forces are perpendicular to the motion plane.

The Elliptical Trammel (also known as the Elliptic Trammel or the Trammel of Archimedes) is a simple mechanism that can trace an exact elliptical path. Shows the geometry of this mechanism, which consists of two prismatic (or sliding) joints and two revolute (or rotational) joints.

The Oldham coupling is a form of flexible coupling designed for applications that must be free from backlash. They are also increasingly being used as a replacement for straight jaw couplings.