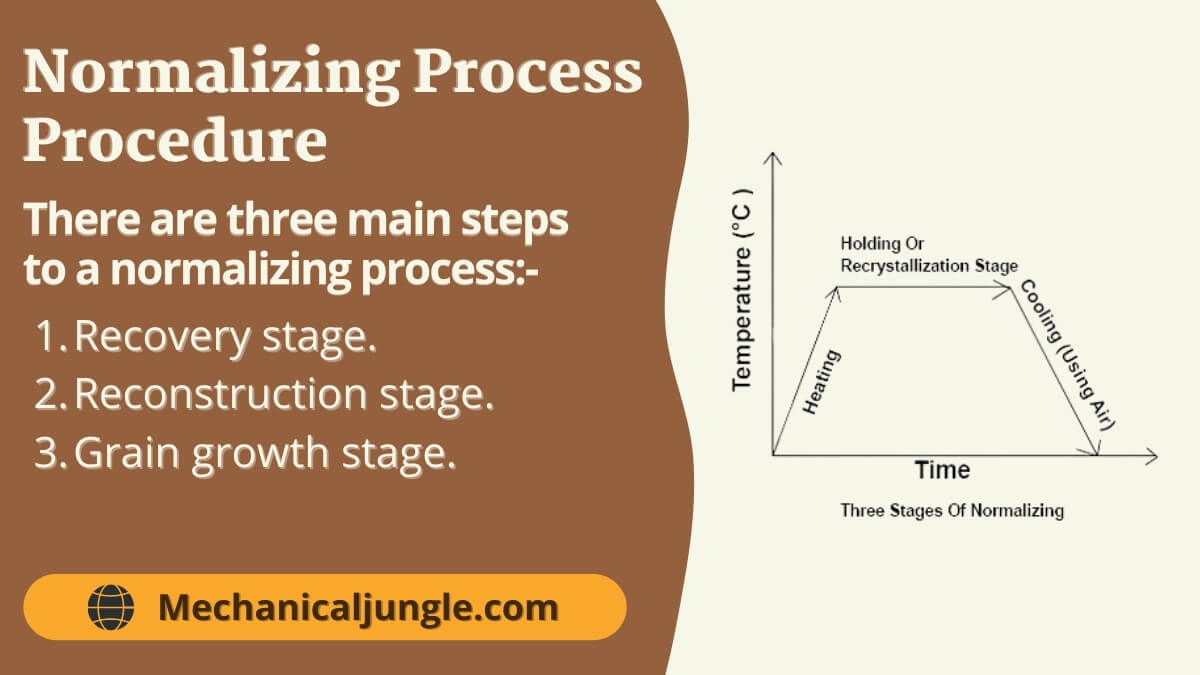 What Is Normalizing Process?

Normalizing is a heats treatment process used to make a metal more ductile and harder as it is subjected to thermal or mechanical hardening processes. Normalizing involves heating a material to elevated temperatures and then allowing it to cool to room temperatures by exposing it to room temperature air after heating. This heating and slow cooling change the metal microstructure, which in turn reduces its hardness and increases its ductility.

Normalizing is a heat metal process that alters metal properties such as tensile strength, ductility and also refines the grain structure. It is the type of heat treatment that applies only to ferrous metals. In the Normalizing process, the material is heated to an elevated temperature, and after that, it is cooled by keeping in contact with air at room temperature. This process of cooling the metal with air is called air quenching.

This Normalizing process alters the microstructure of the metal, leading to increased ductility and increased hardness of the metal. Normalizing is needed because flexibility is reduced, and stiffness is increased by various processes such as a hammer.

It is commonly used to change the mechanical properties of metal so that it becomes easily serviceable and can be fully machined.

Since heating is performed above the upper critical temperature range, it automatically softens the steel as heating is carried out to a supporting state, and softening of the steel automatically relieves the lock-in stress, which in turn reduces residual stresses. 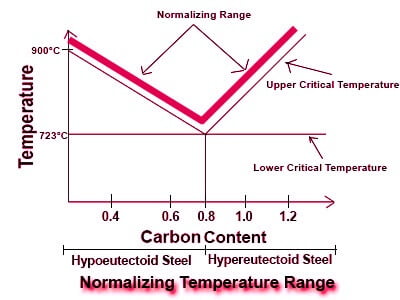 Normalizing is usually done after forging or casting. Cold work and casting are manufacturing processes that produce grain structure that may need to be normalized before the component is put into service. Normalizing provides relief from internal stress caused by cold.

In this process, heating is done in the air, so subsequent machining or removal of scale or decarburized layers is required to eliminate the surface. 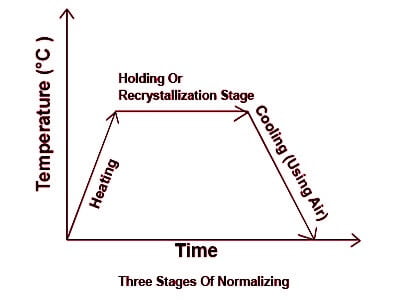 There are three main steps to a normalizing process.

In the recovery stage, a furnace or other heating device is used to raise the temperature of the material to such an extent, where its external stresses can be relieved. This causes the structure in the material as a whole.

During this stage, new grains are fully developed. The growth of the grain of the material is controlled by allowing the material to cool to room temperatures by placing it in the air. In thises process, the rate of cooling is higher than in the annealing process. This cooling is non-equilibriums cooling. Due to the faster rate of cool, we find a more refined grain structure than annealing.

After these three steps, the ductility of the material increases, and its hardness decreases. Also, the material becomes more mechanized.

Only those metals can be normalized whose microstructure can be replaced by heat treatment.

The list of metal and alloys which can be normalized are:-

Normalizing heat treatment helps to remove impurities and improve ductility and toughness. During the normalizing process, the material is heated to between 750-980 °C (1320-1796 °F). The exact heat applied for treatment will vary and is determined based on the amount of carbon content in the metal.