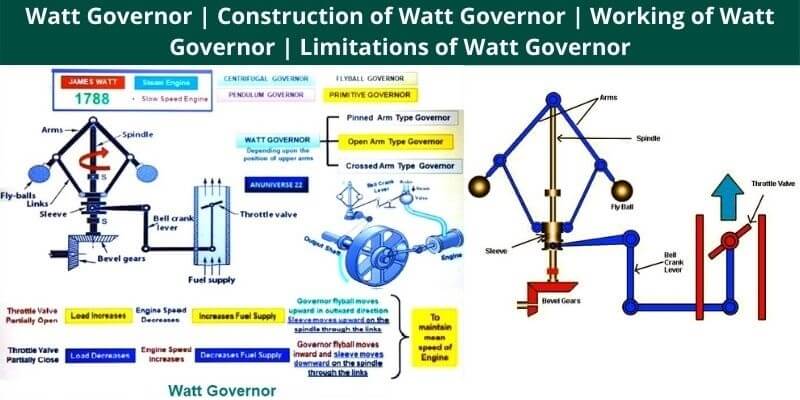 What Is Watt Governor? 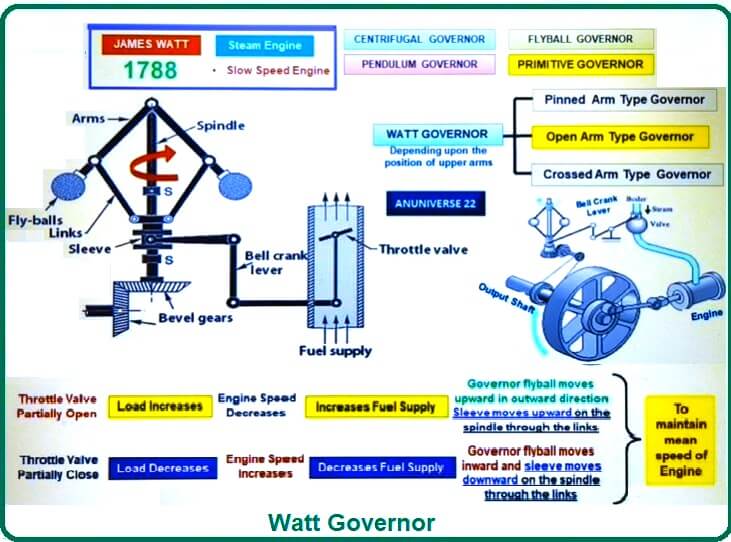 A watt governor is a simple form of centrifugal governor used to control the fluctuations developed at the time the engine is run. Governor, The type of governor, is used to supply the required amount of fuel at various speeds, the main reason being to control it. Engine speed according to conditions.

In this process, the main function is carried out by the moments of the sleeve, which moves upward & downward with the help of rotating balls; the sleeve gets lifted when the two balls attached to the arms rotate, & the momentum of the sleeve depends on what speed the balls rotate. According to the sleeves lifted, the supply of fuel to the engine depends.

Watt governor has two balls that are attached to both arms, which are of negligible mass. The upper part of the arms is taped so that its balls move up and down. These arms are attached to the axles. The engine drives the axle through the bevel gear.

When the engine speed increases, the spindle rotates at high speed. The arms, as well as the balls attached to the spindle, rotate at high speeds. The balls move in an upward direction as they spin off the ball at high speed, and the upper part of the arms are tapped on the axis.

The lower arms are attached to the sleeves. These sleeves are placed on the spindle in such a way that it rotates with the spindle and can slide up & down according to the spindle’s rotation speed.

Now, there are two cases: –

#1. When the Engine Speed Increases

#2. When the Engine Speed Decreases

It is assumed that the sleeves are frictionless, Weight of links/ arms is negligible. Now the balls are in equilibrium under the action of the following forces.

There is no tension in the lower arms because it is assumed the sleeve is frictionless and the Weight of the arms is negligible.

OR
Take a moment of these forces about O.
For equilibrium 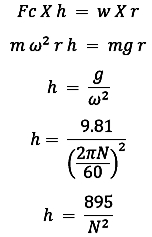