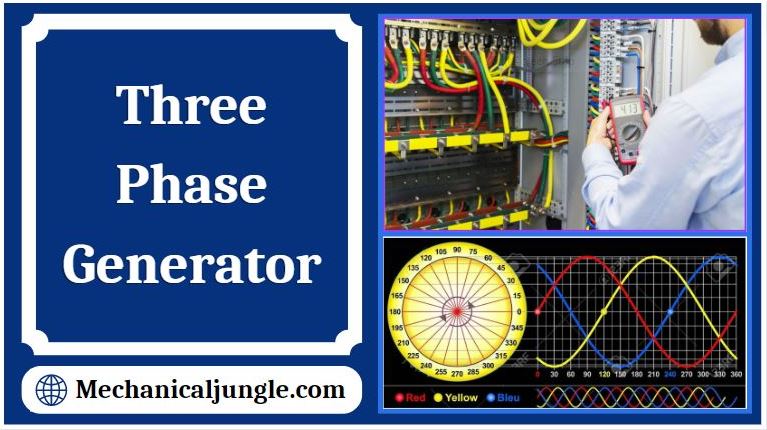 What Is Three Phase Generator?

A three-phase generator, on the other hand, uses three active wires 120 degrees apart and a neutral wire. It can supply up to 415 volts. In a three-phase system, the three active wires feed alternately into each neutral wire. So the power is distributed in three different waveforms in sequence but with some degree of overlap. This means that the power delivery is never completely zero.

The supply is also more reliable and efficient as the wires can compensate for each other in the event of a failure. So if one wire fails, the other two can continue to supply power to some extent.

What does it means when you have a “single-phase” or “three-phase” generator? The sciences behind electric currents can be a little confusing, but we think it’s important for you to know how your generator works and why it may be more efficient over time to invest in a three-phase generator.

What do “three phases” mean? Your machine’s power is generated by currents. When you operate more traditional single-phase generators, you are dealing with only one “ripple” of power. In a single-phase operation, your power will drop to zero three times every cycle.

Three-phase generators will never drop to zero because this type of circuit provides – you guessed it – three alternating currents. These currents are all of the same frequency but 120 degrees out of phase with each other, so the power waves are constant. 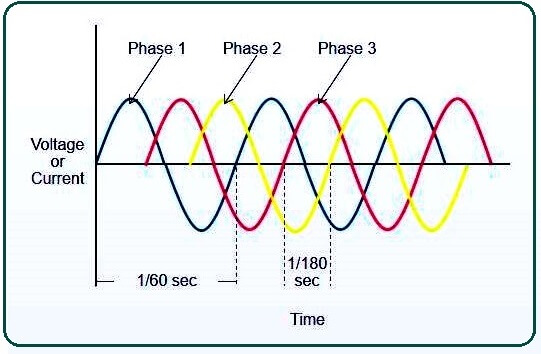 How Do AC Three-Phase Generators Work?

An AC single-phase generator is an electrical generator that uses mechanical energy to create electrical energy. Following Faraday’s laws of electromagnetic inductions, the generator generates a voltage when an armature containing a coil winding on a metal core rotates in a magnetic field produced by two magnets. This generator produces a voltage in a single wave.

An AC three-phase generator is simply a three-AC single-phase generator. These generators run sequentially with an offset of 120° between the two picks at a time. Thus, the generator generates three waves of AC voltage in one cycle, thereby facilitating a continuous voltage supply.

These types of generators are useful when the power requirement is high & constant. An AC three-phase generator hosts two types of connections – a delta connection or a Y connection. In a delta connection, the ends of the three coils join together to form a closed loop that looks like the Greek letter delta.

In the Y connection, one end of each coil is joined together, leaving the other end to be connected externally, and the formation resembles the English alphabet Y. An AC three-phase generator is a very powerful power source that hosts many features and has a wide range of applications.

However, in a stars connections, one end of each coil is joined together, leaving the other end to be connected externally, which forms the English letter Y. This connection is used for long-distance transmission as it has neutral for fault current. It should be noted that star connection is most commonly used for the stator coil.

If you’re not an electric-minded person, the electrical jargon, such as single-phase and three-phase types of generators, can be overwhelming. To figure out which generator might best meet your power needs, it’s helpful to learn the fundamentals of a power supply system and the major differences between a two-generator power system.

The power supply system of generators is basically classified into two types; Single-phase and three-phase systems. Single-phase is ideally used for an application where low power is required or to drive small loads, such as home appliances.

For example, a three-phase power supply system is best suited for large applications, An industrial site, a factory, or a manufacturing unit where a large amount of electricity is required.

The three-phase power supply system is continuous & will not drop the power to zero. In a three-phase system, powers can be drawn in a star or delta configuration. Star connection is used for long-distance transmission as it has neutral for fault current. At the same time, the delta connection consists of a three-phase wire and no neutral.

#3. Comparison of Pros and Cons

In the end, choosing between a single-phase or three-phase generator mainly depends on your power requirement and your budget. Both bring convenience to power needs, whether living off-grid or as backup power for a home or to power an industrial site.

Major differences are the number of conductors through which electricity flows, which can have a huge impact on the power supply and efficiency of the generator. However, if you only need to power small loads of home appliances & prefer an affordable initial cost, you are probably settling with a single-phase generator.

Otherwise, if you are running an industrials site & want to avoid costly downtime maintenance, you will definitely appreciate a generator with a three-phase power supply system. 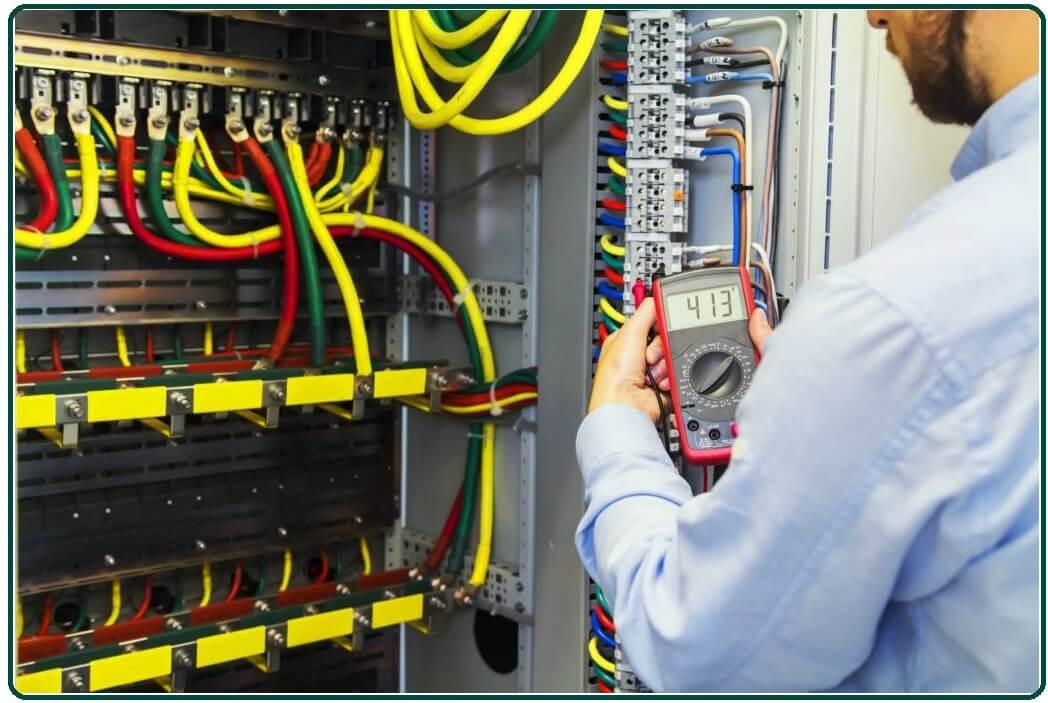 What Are the Main Advantages of a Three-Phase Generator?

In general, in areas that require a continuous and flawless power supply and which depend on demanding equipment & high-powered motors, three-phase generators are indispensable.

To respond to these dire needs, devices that use three-phase voltage have a system capable of ensuring & supporting an efficient power supply. If you want the power system to respond over long distances, your choice will also have to fall on three-phase generators. Thus, you will have effective solutions with great energy efficiencies.

What Is a 3-Phase Generator?

An AC three-phase generator is simply three AC single-phase generators. These generators run sequentially with an offset of 120° between them, taken two at a time. Thus, the generator produces three waves of AC voltage in one cycle facilitating a consistent supply of constant voltage.

What Does 3 Phase Generator Mean?

A 3-phase generator produces power through three sequenced currents running simultaneously. Those currents require a stronger underlying voltage, but with this setup, you’ll have continuous power generated from your unit. What’s more, that power is not only more constant, but it’s stronger, as well.

3-Phase Generator for Home Use