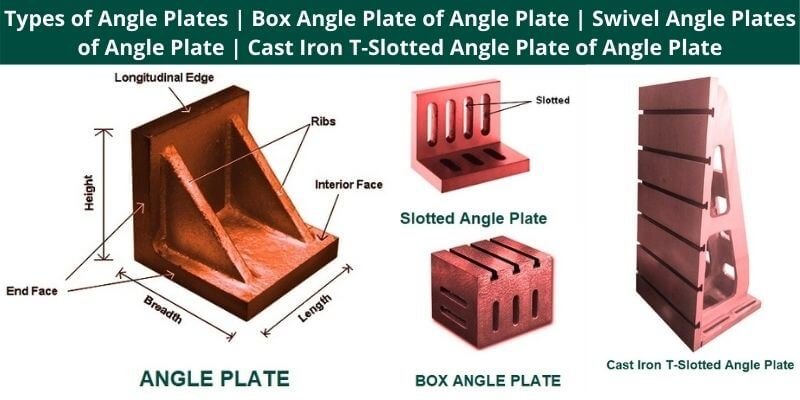 What Is Angle Plate? 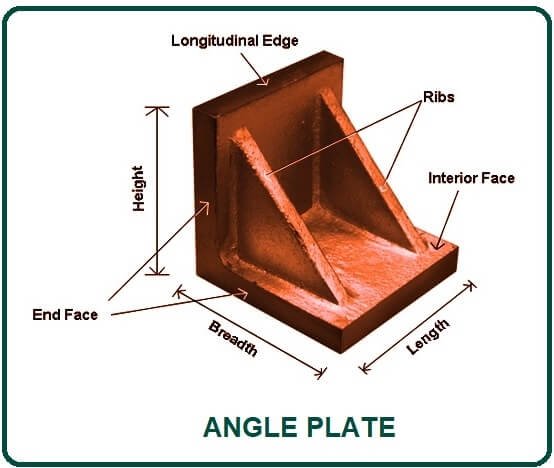 The angle plate is made by two plates machining at an angle of 90 degrees. Since the plates join at a particular angle, it is called an angle plate. It is used to clamp the job, supporting it at 90 degrees.

Angle plates are mainly made of G.C.I (Granular Cast Iron). The jobs are mounted using angle plates for both measuring and marking.

The shape of an angle plate is specified using its length, width, and height. Depending on the size of the angle plates, they are numbered from 1 to 10. Nos. 1 to 6 is the first-class angle plate, and 7 to 10 is the second class angle plate.

These angle plates are named plain angles plates because both plates, which are placed at 90 degrees in these angles plate, are completely plane. There are no slots on this plate. These are the most commonly used angle plates of all different types. 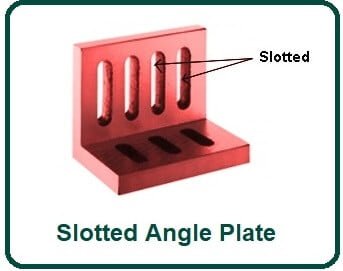 The bottom side of the slotted angles plate can also be properly glued with the machine table. It is also used to fasten, support, and mark the workpiece.

For marking & machining, this type of angle plate can be rotated up to 90 degrees. This slotted angles plate can be used in lathe, shaper, grinding machines. 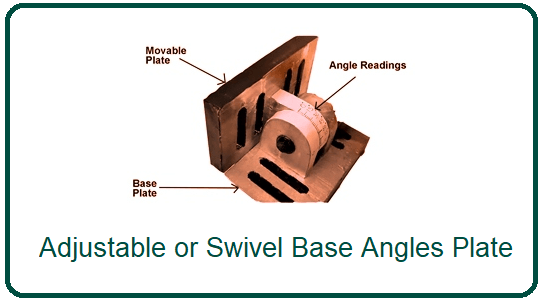 In this type of angle plate, angles between two plates are adjustable, i.e., we can change the angle between the two plates as per our requirements.

In this type of angle plate, the two plates are not machined with each other. They are separated from each other. One plate serves as the base, and the other plate can move and change its angle relative to the first plate. Both plates are slated in an adjustable angle plate.

One plate has graduation marking of different angles so that the tilt angle can be detected with respect to the other surface, & we can set the plates at an angle that is necessary. There are nut bolts to lock the two plates at any angle.

These angle plates are used where we have to do precise machining or machining at a specific angle other than 90 degrees. There are slots in each of the six plates on this angle plate. Since there are slots on each side, the job can be properly fastened on either side using a nut and bolt.

After camping or setting the workpiece or job, the job can be rotated with a box angle plate, i.e., we can easily rotate the box to change the orientation of the job for various operations like drilling, marking, etc. This is a very useful feature—this box angle plate makes various processes very easy.

All the planes in this box angle plate are joined by machining them at 90 degrees so that the angle has precision. Box angle plates are used in large machines such as radial drilling machines for clamping workpieces. 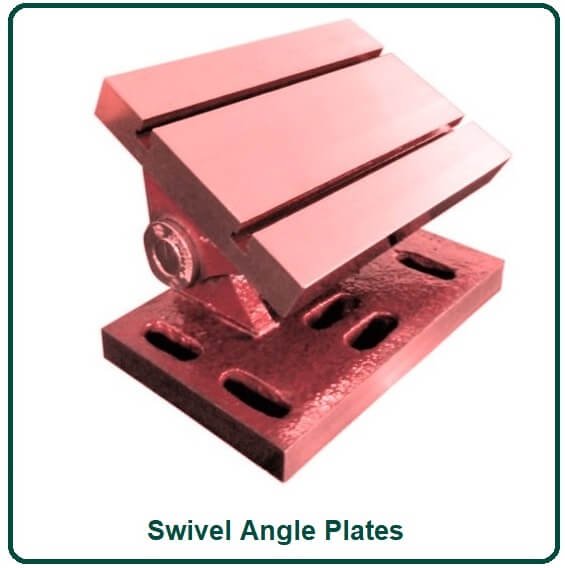 Swivel angle plates ensure that work can be set quickly and correctly at any angle with these adjustable swivel angle plates. They are graduated to set 0 – 90 ° and can be easily adjusted manually and locked to the adjusted position via two locking nuts. To establish the objectives, a degree scale, a minimum of one-degree reading, is graduated on the boss itself. This ensures better setting accuracy. 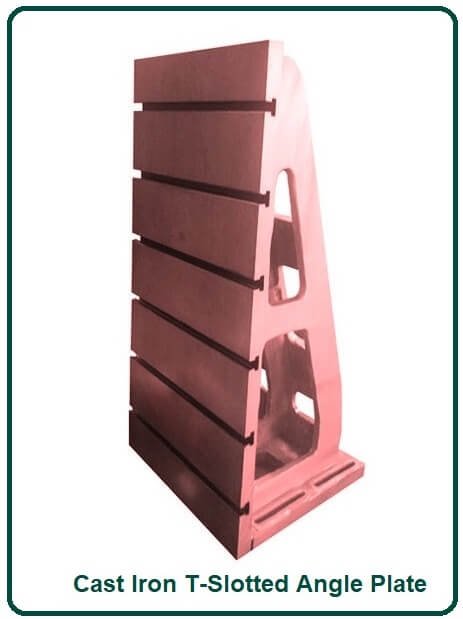 Cast iron T-slated angle plates are being used for various jobs in various industries such as vertical mounting of large jobs, while used as precise vertical bases for machining, marking, inspection, fabrication, other Accuracy of surfaces, and many other types of operations.

Relieve stress:- After rough machining to prevent deformation, the angle will be relieved by casting stress.

Large sizes:- Jagdeep T-slated angle plates will be manufactured in different sizes and combinations in a single piece or multi-piece construction depending on the application and requirement.

Flatness and Perpendicularity:- T-slated angle plates shall be constructed of the vertical and horizontal surface of the flat and vertical surface with the vertical-horizontal face or table face and per DIN 875.

Surface Finish:- CNC finish or hand scrap finish can be provided as per requirement.

Care and Maintenance of Angle Plate: