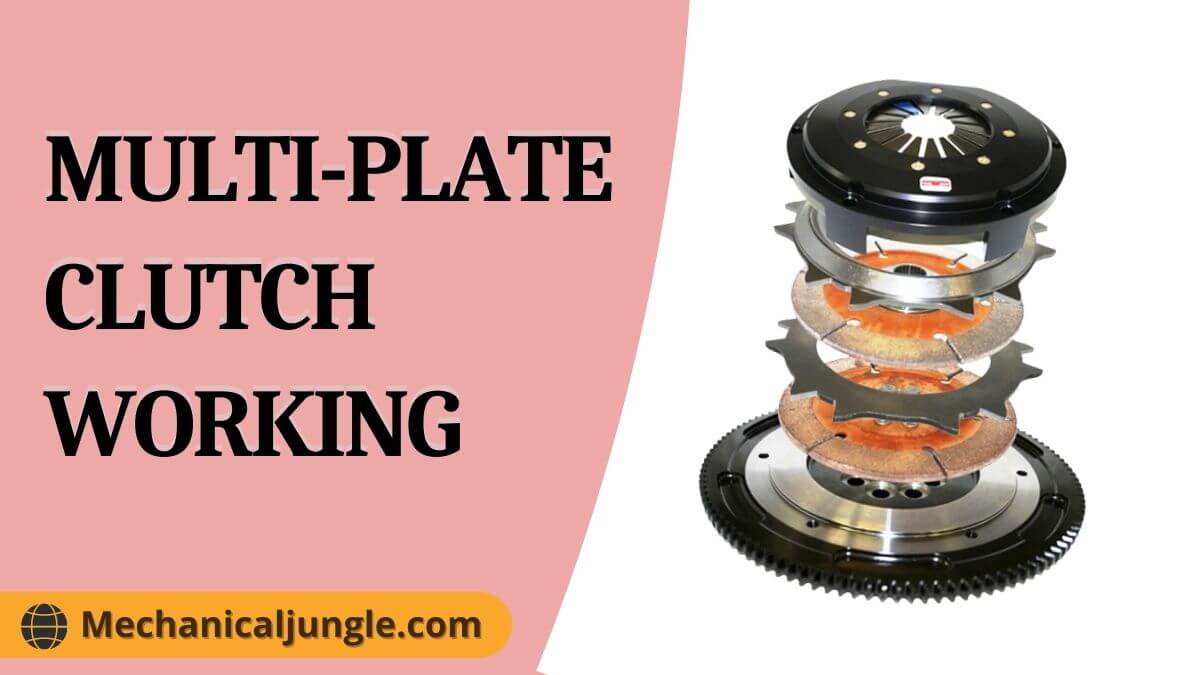 What Is Multi-Plate Clutch? 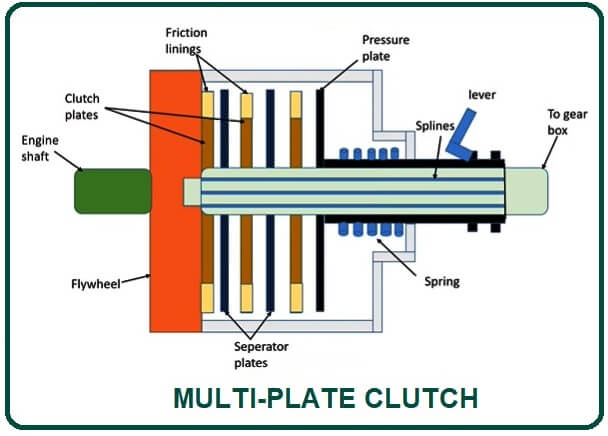 The clutch is a device used to attach and dismantle an engine with a gearbox. A clutch in which two or more clutch plates are used is called a multi-plate clutch. The multi-plate clutch has multiple plates so that we can transfer as much torque as possible.

The small-size multi-plate clutch delivers nearly double torque compared to a single plate clutch of diameter. As we know, the clutch is the most important integral part of a power train as it is used to shift the drive from the engine shaft to the transmission shaft to the required torque or speed output, but what is the need for a multi-plate clutch. Then let’s discuss-

Two-wheeler vehicles such as bikes and scooters have packaging problems due to their small size, so a multi-plate clutch with smaller clutch plates meets the required torque output requirement instead of a larger single-plate clutch. Are, are used. They are transmitting power between the engine shaft and transmission shaft.

When we go to the terrains having different ups & downs or different road challenges, multi-plate clutches are required to maintain the smooth and steady engagement between the engine and the transmission shaft, which in turn continuously provides the required amount of torque and speed to the vehicle.

The effort required by the driver on the clutch pedal to engage or close the clutch is less in a multi-plate clutch than in a single plate clutch. 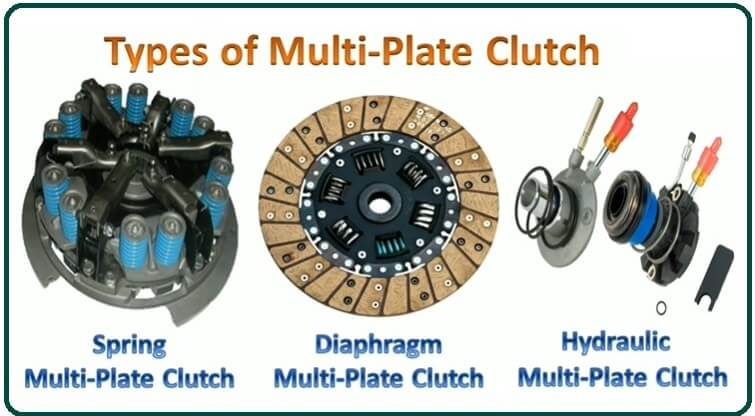 In a spring-type multi-plate clutch, a cover is bolted to the flywheel of the engine. Inside this cover, the clutch plates, pressure plates, thrust bearing, etc., are present. Unlike the diaphragm clutches, thrust springs are used to move the clutch plate, which pushes the clutch plates and creates contact between them, and hence the clutch comes in the engaged position.

Hydraulic Operated Clutch is used in modern vehicles with an automatic transmission system. In this type of clutch, hydraulic devices are used instead of springs for the engagement & disengagement of the clutch.

This hydraulic device contains highly compressed liquid, & it is operated by an acceleration pedal as it is used in automatic transmission.

Why a Multi-Plate Clutch Is Needed:

The torque transmitting capacity of the clutch depends on the factors given below: 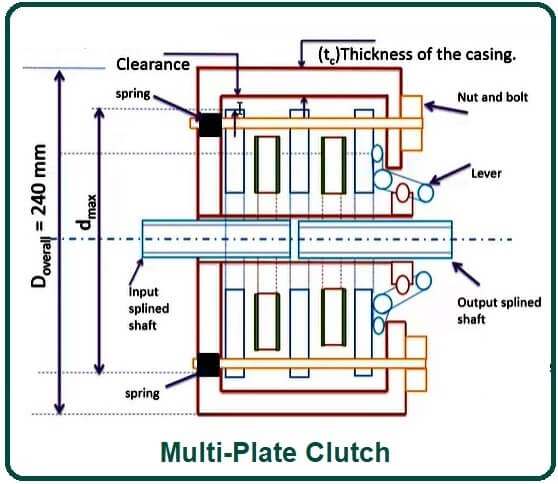 A separator plate is used to separate the two clutch plates from each other. These separator plates are also called steel disks because they are made of steel. They are kept within the basket. These separators are placed between two clutches plates. Generally, these clutch plate is made of steel, but in some cases, it is made of cast iron. It also has a circular disk-like shape.

All clutch and set of separator plates are also called clutch packs.

This cover plate is bolted with a flywheel and is used to cover the entire system of the multi-plate clutch.

Discuss the working principle of multi-plate clutch; it can be said at first that it has two types of work processes. One is an attractive process, and the other is a disruptive process. Regarding this, two types are discussed here below:

As soon as the clutch is in a disengaged position, the engine is displaced with the gearbox, & there is no power transmission between the two.

One set of plates slides into the grooves on the flywheel and the other on the split on a pressure plate hub. These plates are reliably pressed by a strong coil spring and assembled into a drum. The multi-plate clutch work in the same way as the single-plate clutch operating the clutch pedal.

Multi-plate clutches have several advantages. Some of the benefits are given below:

Here, the different Applications of Multi-Plate Clutch are as follows:

MULTI-PLATE structures are modular structures consisting of field bolted galvanized steel plates, that have a long history of strength, durability and economy.