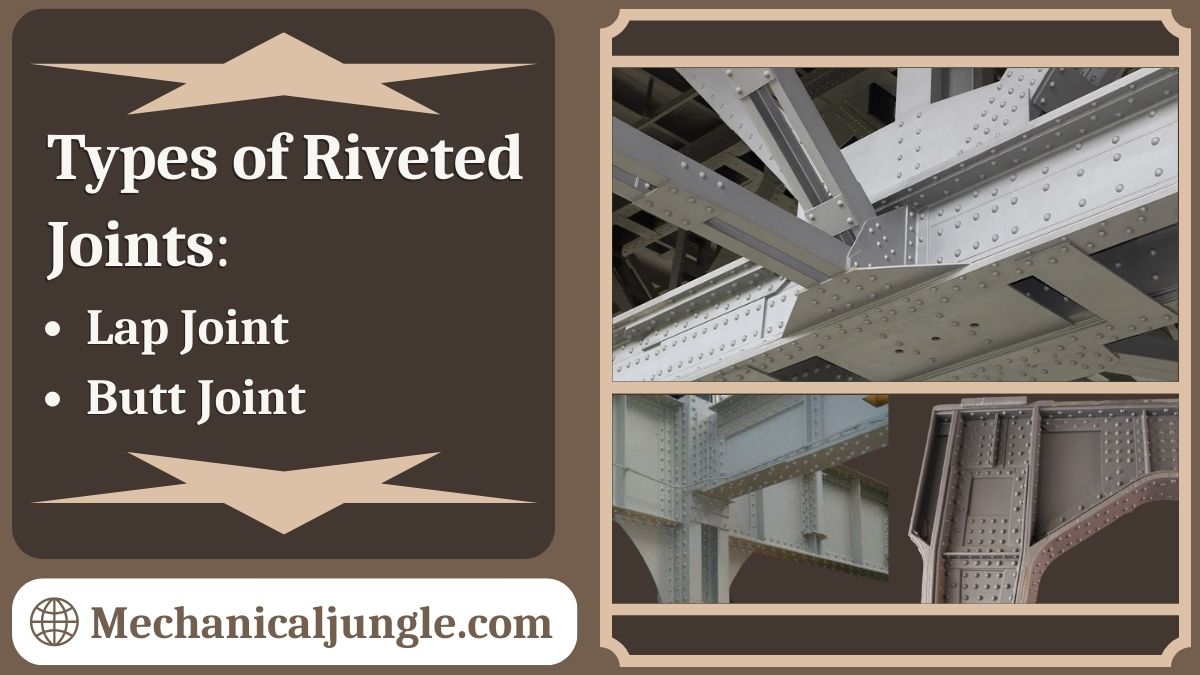 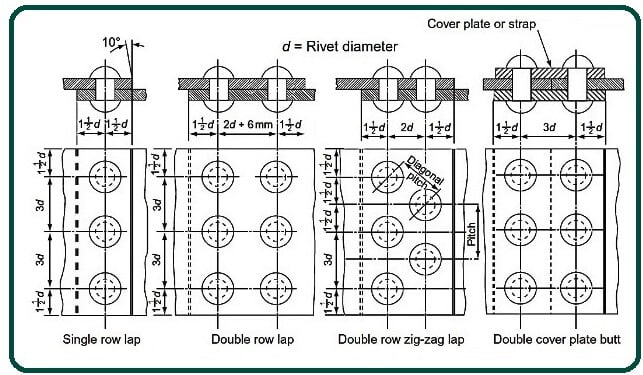 It is almost impossible that huge structures such as bridges, skyscrapers, airplanes, locomotives, etc., would be built without the inclusion of these small but strong integrated mechanical devices. Rivets not only allow these structures to become huge but also ensure equal strength and endurance to withstand many different natural and emergent challenges.

Originally rivets are tools such as bolts, made of tensile metals, inserted through parallel holes drilled across the joining members and on the other side to produce true and permanent firm locking joints. Are perforated by

Let us discuss and learn various types of rivet joints popular with structural engineering. A rivet is a small cylindrical strip in which ahead is integrated. The cylindrical part of the rivet is called the shank or ingot. 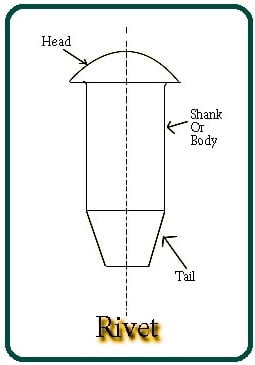 Rivets are used to make permanents fastening between plates such as structural work, shipbuilding, bridges, tanks, and boiler cans. We take two plates; both of these plates are either placed in front of each other or placed on top of each other. A hole is made on both plates, and a rivet is inserted between the holes of the plates. 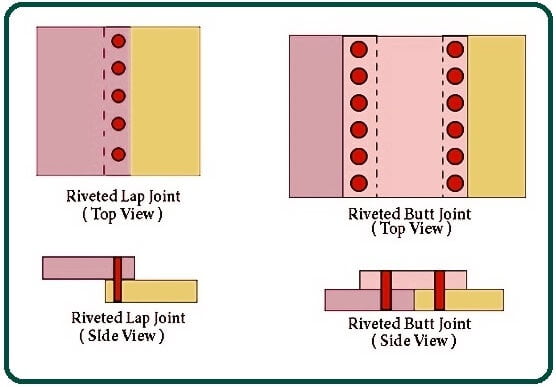 Based on the arrangements of the plates, Riveted Joints are classifieds into two types:

Riveted Lap joints are made by placing two plates above or below each other, creating a hole in these two plates & fixing the rivet inside the holes of the two plates, and hitting the rivet’s tail with a hammer.

Based on the number of cover plates used, the butt joint is further divided into two types:

In butt joints, if only one cover plate is used on top of the main plate, then this type of butt joint is called a Single Strap Butt joint.

In the butt joint, if only two cover plates are used on the top of the main plate, then this type of butt joint is called Double Strap Butt Joint.

Lines of Rivets Used the Rivets Joints Are Classified into Different Types: 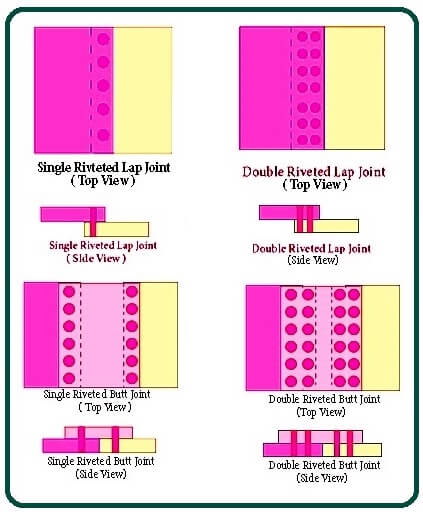 Based on the number of lines of rivets used, the rivets joints are classified into a different types:-

Based on the Arrangement of Rivet Riveted Joints: 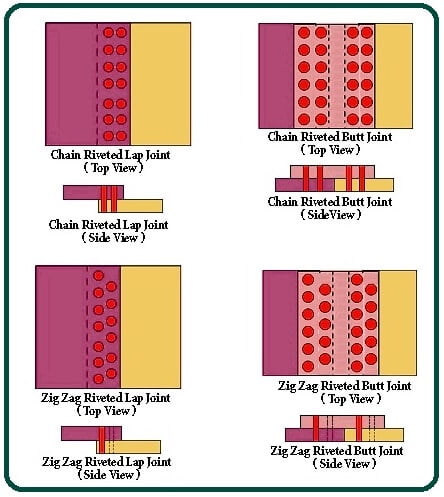 Based on the arrangement of rivets, Riveted Joint are classified into two types:

In a multi-line riveted joints, if all lines of rivet are placed adjacent to each other in the same transverses line, then it is called Chain Type Riveted Joints.

In a multi-line riveted joints, if the lines of rivet are arranged in zig-zag type, then it is called a Zig-Zag Type Riveted Joints.

Type of Failures in Riveted Joints: