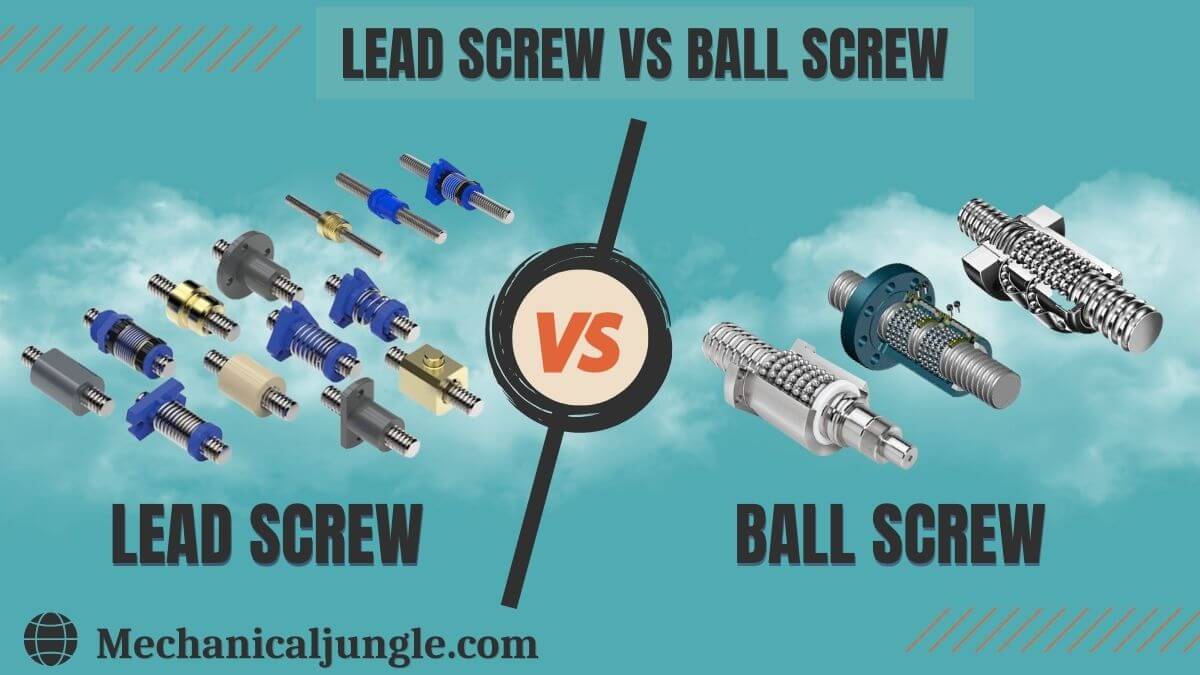 What Are Ball Screws? 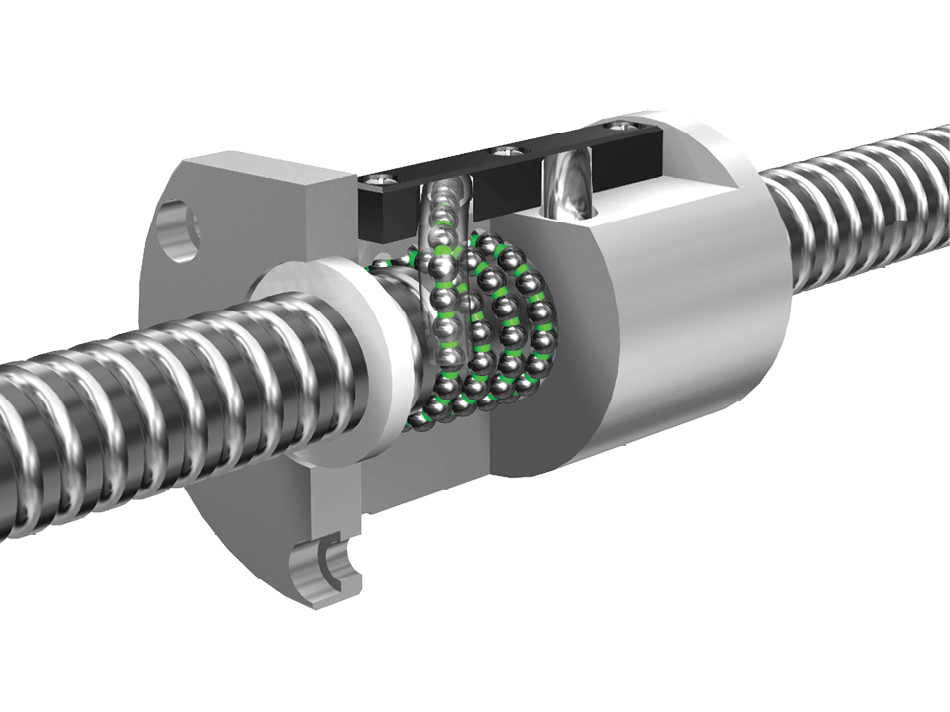 The ball screw, like lead screws, converts rotary motion into linear motion. The device consists of threaded shafts & a ball nut. The latter device rides on the screw, which is supported by a series of ball bearings that provides a rolling surface rather than the sliding surface of a lead screw.

The balls roll between the nut & the shaft. Because there are no sliding motions, ball screws move more efficiently than lead screws. This is their great advantage. The efficiency of the ballscrew is relatively constant and is generally better than 90%.

Ballscrews are often the first choices for linear-motion applications because the use of recirculating ball bearings provides high efficiency, loads capacities, & positioning accuracy. In addition, ballscrews typically provide the same or better load capacity than leadscrews and are, therefore, betters choices when load requirements exceed leadscrew capabilities. One drawback of ballscrews is that they require a high level of lubrication.

Ballscrews should always be properly lubricated with the proper formulation to prevent corrosion, reduce friction, ensure efficient operation, and extend operating life. Backlash, a bit of play between several mechanical components, can be eliminated with preloading.

Some ballscrew terms, such as circuit, turn, lead, pitch, and start, are widely used – and misused – terms that determine various aspects of a ball screw assembly. Although the terms are related, each has a unique meaning and significance for ball-screw design and performance.

Lead and pitch are related but have different specifications. Lead refers to the linear distances traveled for each complete turn of the screw, while pitches are the distance between the screw threads. This term is often used interchangeably, & for a single-start screw, the lead and pitch are equal. However, lead & pitch are not equaled for screws with multiples starts.

Ballscrews are typically available in medium leads between 0.200 and 0.500 in/rev, although hi-helix products do exist. Considering the geometry of the screw assembly, it makes sense that as the lead of the screw becomes larger, the number of tracks inside the balls nut becomes smaller, so fewer balls carry the load.

While larger lead screw offers longer travels per revolution & higher speeds, their ability to provide higher load capacities is compromised. In theory, the number of balls track could be increased by making the ball nut longers, but manufacturing constraints & limitations on ball nut length make this an impractical solution.

When the balls are returned by an inner channel or outer tube, the recirculating balls may cross multiple threads, so there may be multiple balls turns in a circuit. That is, the balls make several revolutions around the screw shaft before being recirculated.

Multi-starts ball screw assemblies typically use the internal channel method of recirculation pictured. These can be designed for multiples circuits by incorporating more than one internal recirculations channel into the nut body. 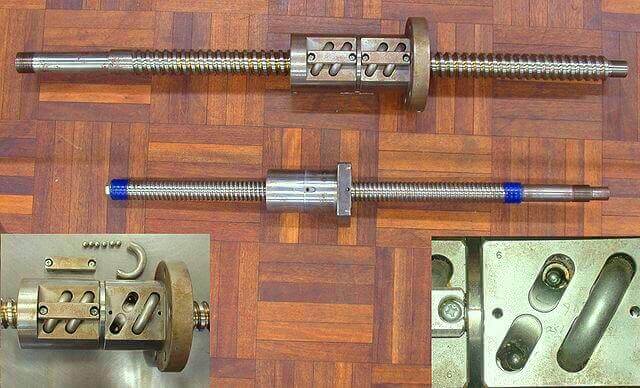 Ball screws are the right products for applications that have a high cycle and constant speed and are able to operate with higher axial loads than lead screw nuts. They are similar to recirculating ball bearings in that they use the same rolling properties as ball bearings when converting motion.

These ball screws are rolled inside special grooves that cut into the screw’s helical exterior, allowing for low friction and thus a smaller motor, higher precision, and again, the ability to operate under high-cycle conditions. Despite these advantages for some applications, ball screws have all the same disadvantages as reciprocating ball bearings.

The most notable downfalls of both ball screws and recirculating ball bearings are their reliance on oils or greases as lubricants, which require constant maintenance to avoid failures, and poor environments with dirt, dust, wood shavings, etc. can also cause problems.

Lubrications do not lend themselves well to sensitives environments such as food processing, packaging, or laboratory and medical equipment. Because of their low friction and ability to be easily back-driven, they are not always ideal for vertical applications – where constant motor torque, and even brake mechanisms, could cause any potential for the system to collapse.

It may be necessary to eliminate. It is often a security issue. Ball screws can apply or withstand high thrusts loads with minimal internal friction. They use balls bearings to eliminate friction between the nut and the screws & can provide high levels of efficiency, load capacity, and positioning accuracy.

Ball screws from Henson Technology can be used in the most extreme environments, such as high-performance machine tools that are in high demand and in very delicate and sensitive applications, including medical equipment.

Offering excellent reliability and reliable performance, our ball screws consistently perform the way they are expected. The materials uses are of the highest quality & suited to multiple applications ensuring long life.

What Is a Lead Screw? 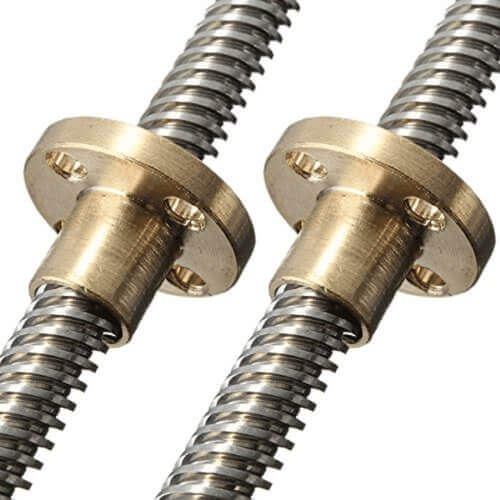 The lead screws are sometimes referred to as a power screw or translation screw. They are used within motion controls devices to convert rotary or motion into linear movements. Lead screws are metal threaded bars and a threaded nut that are in direct contact with the screw; This produces sliding friction in contrast to rolling friction from other alternative devices such as ball screws.

The rotational motion will rotate the screw, causing the nut to move in a linear motion. Therefore, it converts the motion from rotary to linear. They can be used for either verticals or horizontals movements and use linear glides for support where necessary.

The Lead screws, also knowns as power screws are used in motion control to convert movements into linear motion. They are metal rods with a thread similar to a conventional screw. Lead screws rotate, causing the nut to move along with the screw in a linear motion.

Often, the lead screws themselves are made in the rolling process, & nuts are usually made from an injection molded or machined polymers. These simple production methods allow for easy customization of parts, which enables designers to efficiently implement this part into their projects, even at a low cost.

They are also capable of heavy load conditions with low torque and do not back-drives, which means they are well suited for verticals applications without the added expense of a brake mechanism. Lead Screws from Henson provide an easy and precise solution to linear motion requirements, as well as being cost-effective’s.

They are accurate to 0.003in/ft, & the PTFE coating process that our lead screws are exposed to mean they have low drag torque and will last longer. Choose from plastic nut assemblies with either anti-backlash or super-nut designs, all of which use an internally lubricated acetal.

It provides excellent lubrication and wears resistance whether additional lubrication is used or not. We can provide assemblies with high axial stiffness, zero-backlash, and minimum drag torque to reduce motor requirements; Using these products means your system will cost less, perform better, and last longer, making them great value for money.

Heesen also has bronze nuts available if you have a high enough load, providing the support needed for high-capacity loads and a good PV performance.

What Is a Lead Screw?

A lead screw (or lead screw), also known as a power screw or translation screw, is a screw used as a linkage in a machine, to translate turning motion into linear motion.

What Is a Ball Screw?

A ball screw (or ball screw) is a mechanical linear actuator that translates rotational motion to linear motion with little friction.

How Do Ball Screws Work

Ball screws utilize ball bearings recirculating within a nut, which transmit the load to the shaft. They are a very efficient method of converting rotary motion to translational movement. There are two main types of ball screw ~ rolled and ground.

The basic difference between lead screws vs ball screws is that a ball screw uses ball bearings to eliminate the friction between the nut and screw and lead screws do not.

How Does a Ball Screw Work

Ball screws utilize ball bearings recirculating within a nut, which transmit the load to the shaft. They are a very efficient method of converting rotary motion to translational movement.

What Is a Lead Screw Used For?

A lead screw is sometimes referred to as a “power screw” or a “translation screw”. They are used within motion control devices to transform rotary or turning movements into linear movements.

Where Is a Leadscrew Used?

Lead screws differ from threaded rods in that their purpose is the transmission of power rather than fastening. Because of this difference, the shape of a lead screw thread is not v-shaped or isometric.

These shapes lead to more friction, which is desirable in fastening but not when threads are made to allow for motion.