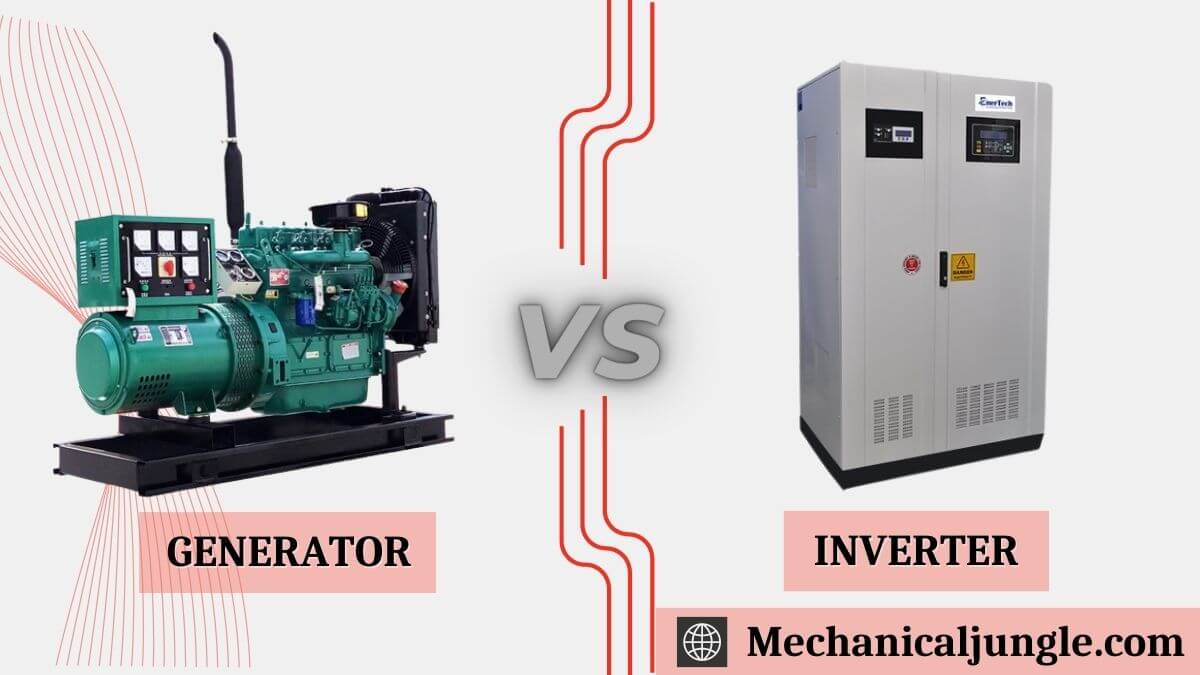 What Is Inverter Generator?

An inverters generator is a new type of powers sources that have becomes very popular in recent years because it generates clean, stable AC power without any sound-proof enclosures. This can set this model to output 120 V or 240 V, and, as you can imagine, they are much quieter than traditional generators.

Many times you must have heard that inverter generators are fuel-efficient and quieter than conventional generators. Have you wondered why this is so? Well, today, we are going to answers all your questions regarding the inverter generator, so keep reading. Before that, you need to understand how an alternator works.

Alternators are almost the same as a generator, but there is one major difference. In an alternator, the rotor is excited by a DC current, and thus a strong magnetic field is generated by the rotor. And when the rotors rotate, the stators cut off these magnetic fields, and hence electricity is generated, which is collected through the stator.

But in the case of the generator, armature winding rotates in a certain magnetic field, and the stator produces these magnetics fields with the help of excitation winding.

How Does an Inverter Generator Work?

The mechanics of an inverter generator are a bit more complicated than that of a traditional portable generator. More parts are involved in delivering the final power output. Many inverters generators also run on fossils fuels.

In addition to the power being drawn from the fuel tank, the inverter generator also contains the battery, alternator, and inverter. The power coming out of the engine is a high-frequency AC current which is converted into DC current by the alternator.

Those DC currents are then converted backs into AC current by the inverter. Like traditional portable generators, inverter generators also have an output of 120 volts at 60 Hz. However, due to the additional steps in power generation, the current of an inverter generator is much more constant.

Clean electricity is possible for two reasons. The first factors are that the initial AC current in the inverter generator is at a higher frequency which gives more electrical energy. The second factor is the conversion of DC current back to AC current.

It can adjust its voltage as necessary for the connected load while maintaining an RPM of 3600. Steady current is also one of the main reasons why inverter generators are significantly quieter than traditional portable generators.

How did an Inverter work? 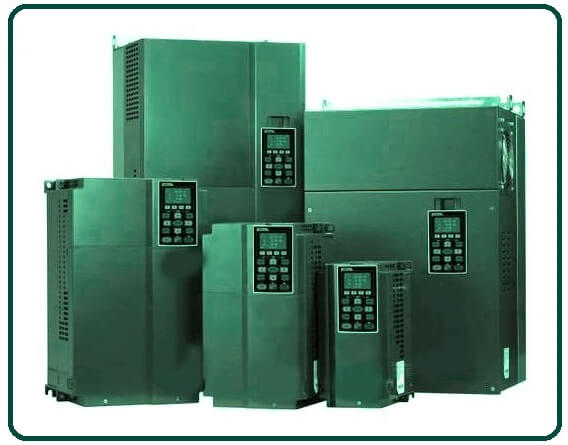 An inverter takes the power that comes in the form of a direct current and converts it into an alternating current. It accomplishes this by sending current within the sending switch in different directions. Filters can then be applied to smooth the waveform and give it a solid frequency.

Power inverters are surprisingly popular today due to their size and, to some extent, efficiency. Different types of inverters use different filtering methods, depending on how smooth the output needs to be. Devices called rectifiers are used to converts AC power into DC.

One of the most popular everyday uses of inverters is to produce electricity to run various electronics in automobiles. Cars generally produce DC, which is not in harmony with most appliances to use regular home outlets.

Recent cars have an accessory port into which a compact inverter can be plugged, enabling cell phones, small TVs, or other electronic devices to use power. Some small inverters are intended to be plugged into a car’s cigarette lighter.

Large inverters are installed on construction sites to deliver power for power tools and other equipment. Solar and wind power generators use inverters to convert the electricity they produce to be applied to the home.

An essential difference between an inverter and a generator, namely generator vs. inverter, an inverter can only work if there is a source of electrical energy first; It cannot produce its own.

Unless part of a combination machine, inverters only convert DC to AC, whereas a conventional generator cannot convert the current from one form to another.

How did a Generator work? 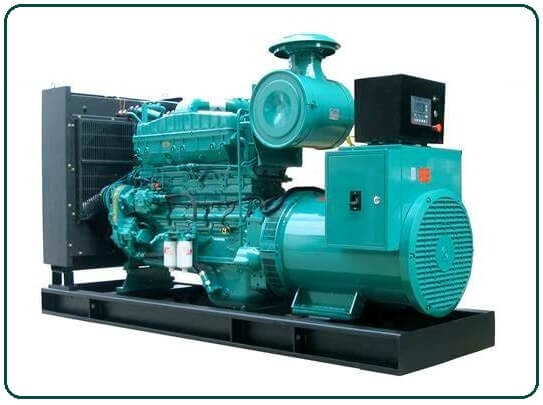 The generators are the device that converts mechanical energy into electricity. In most cases, power generators are capable of providing energy to a home. Large-scale electric generators may be powered by natural gas, coal, or nuclear power.

A portable generator uses regular gasoline or diesel fuel to generate electricity for use during power outages in a construction location or building. Generators can be tuned to produce either AC or DC electricity, although most power stations and small applications produce AC.

This is all conventional generators do, although they generate electricity. For example, if the voltage that power is required, for example, a transformer should be employed.

Inverter generators are similar to conventional generators as they generate AC power which is then converted to DC power before converting to AC. It provides a smoother, more continuous flow of power. The conversion enables the generator to be more fuel-efficient as well as perform more quietly than regular models.

Some confuse an inverter with a power converter, even applying the terms to the contrary. A converter is used to convert the voltage from one level to another.

Differents voltages levels are used in different countries, & travelers in other parts of the world may need a converter to use appliances such as electric shavers and hairdryers.

What Is the Difference Between Ac And Dc Current?

Alternating current & direct currents differ in that electrons flow back & forth in AC, but only in one direction in DC. Because AC can tolerate more voltage, it loses less energy over long-distance progression.

As a result, AC is commonly used to supply power in most homes and buildings. Hence most home appliances run on AC; Conversely, they must convert the AC power supplied to the building or house into DC to power the device.

Personal computers typically run on DC and include a rectifier to perform this conversion. In this case, the rectifier is referred to as a regular power supply.

This is the equation for the rotor speed of the generator, and all generators, including inverter generators, alternators, and conventional generators, produce power based on this equation.

Countries like the US and Canada use 60Hz frequency, so here f=60 and P are the number poles of a particular generator. Almost all generators except those used in hydropower have two-pole arrangements. Now, as you know, the frequencies of the currents should be 60Hz, and if the frequency fluctuates even a bit, say 58Hz or 61Hz, it can damage your equipment.

If we do simple math, to get f=60, the value of n must be 3600 RPM (rotations per minute). This means that the generator rotor must be running at 3600 RPM continuously, no matter what.
And if this speed increases or decreases, it can change the frequency of the output current.
So now, you know that a conventional generator must run continuously at 3600 RPM, no matter how much power is demanded.

Let us understand it with this example. Suppose you have inverter generators that can supply 1000 watts continuously, & you want to run a 100-watts bulb. & then you want to run 500-watt devices on it. Now in the cases of a 100-watt bulb, the inverter’s generators will burn fewer fuels than a conventional generator since it does not need to produce a 60Hz supply; therefore, the rotation speed will be much lower. And in the case of 500-watt devices, the rotors will rotate less than 3600 rpm accordingly to produce the required power.

When to Choose an Inverter Generator:

The advantages of inverter generators over traditional portable generators are that they are quieter, more compact and lighter, more fuel-efficient, safer for sensitive electrical equipment, and generally more environmentally friendly.

The disadvantages of an inverters generator are that they are usually more expensive than a comparable conventional generator and do not have as much power. Given these advantages and disadvantages, an inverter generator is more suitable for occasional use and especially for outdoor activities like camping.

An inverter generator is a great option when you don’t need a lot of electricity but need convenient, clean electricity that is easy to carry with you.

How Does an Inverter Generator Work?

An inverter generator works by converting AC electric current into DC electric current and then inverting it back to AC to create a cleaner wave of electricity. If you’re not sure what the difference between AC and DC power is, please check out our article about electrical phases.

How Does an Inverter Work?

An inverter converts the DC electricity from sources such as batteries or fuel cells to AC electricity. The electricity can be at any required voltage; in particular, it can operate AC equipment designed for mains operation or rectified to produce DC at any desired voltage.

An inverter provides an ac voltage from dc power sources and is useful in power electronics and electrical equipment rated at the ac mains voltage. In addition, they are widely used in the switched-mode power supply inverting stages.

What Is the Difference Between Inverter Generator and Regular Generator?

What Is Inverter Generator?

An inverter generator electronically throttles the engine up and down to meet demand instead of running full tilt all the time. The resulting improvement in efficiency means that you won’t have to fill up the gas tank as often. Inverter generators also produce lower emissions and are generally very quiet.

Generators are complex, heavy-load devices with large capacities that use mechanical energy from external sources and convert them into electrical energy, and they produce electrical power. Inverters are low-power devices that draw power from a fixed DC source and use a microprocessor to convert DC power into AC power.

Inverter Generator How It Works

An inverter generator works differently. The alternating current (AC) power produced by the alternator is sent to a rectifier, which is a device that converts the AC power to direct current (DC). This DC power is then inverted back to AC power by the computer inside the generator before it is sent to the control panel.