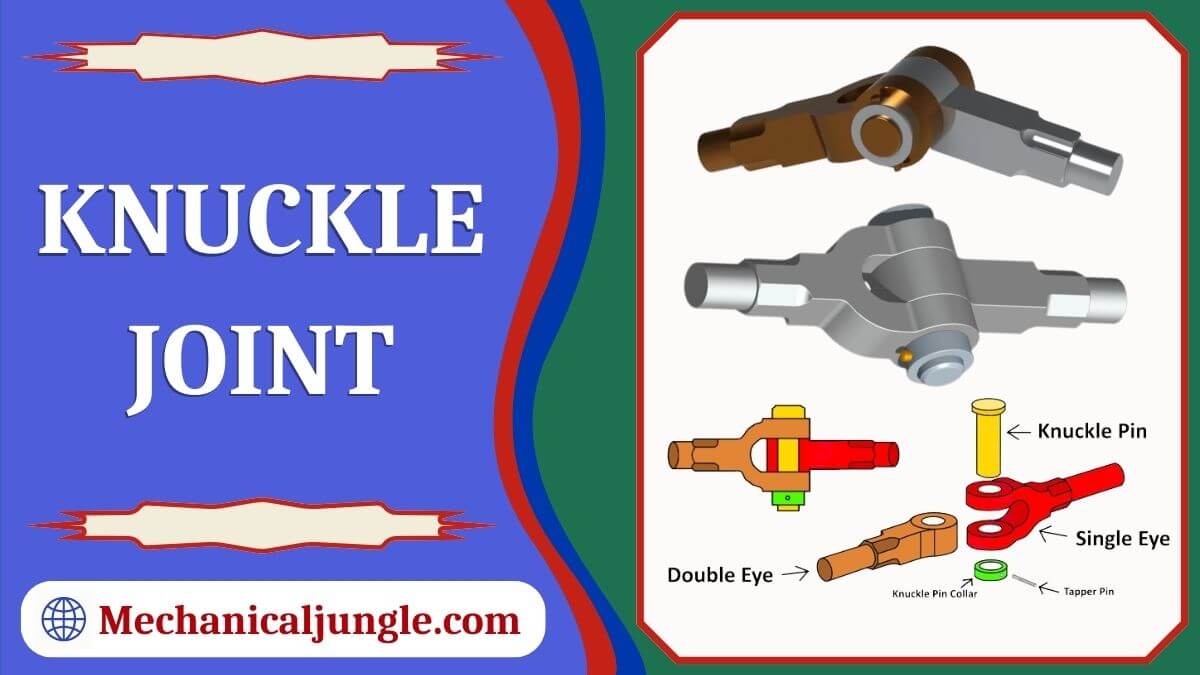 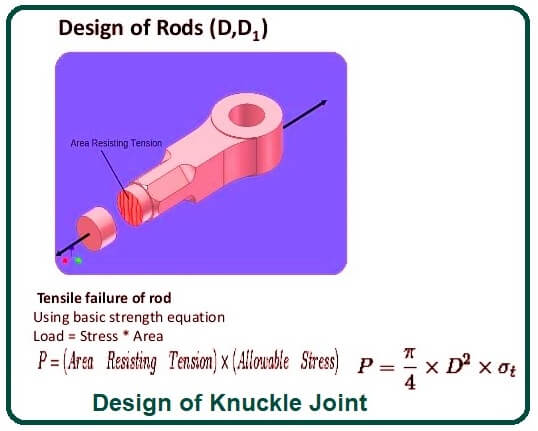 What Is a Knuckle Joint? 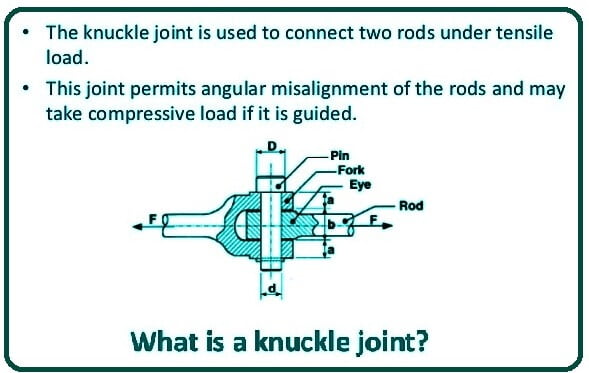 Parts of the knuckle joint:-

Construction of Knuckle Joint and Functions of Different Parts: 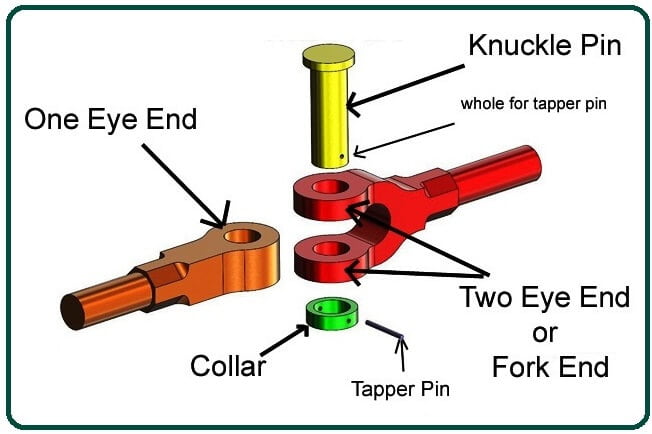 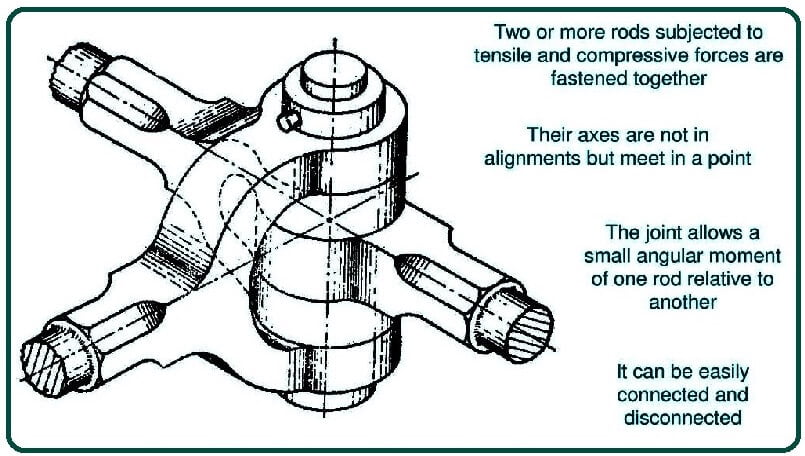 The modes of failure are:-

The following are knuckle joint applications:-

The advantages of knuckle joints are as follows:-

The Disadvantage of Knuckle Joints:

The disadvantages of knuckle joints are as follows:-

Knuckle Joint has mainly three components eye, fork, and pin; the Eye is formed on one of the rods, and the fork is formed on the other. The eye fits inside the fork, and the pin is passed through both the fork and the eye. This pin is secured in its place by means of a split pin.

What Is a Knuckle Joint?

A pore joint is a joint pin used to join two components that are loaded under tension. The single eye is inserted between double eyes so that all three holes are centered, and a pin is used to secure components.

What are the applications of knuckle joints? Mostly knuckle joints are employed in connecting rods of locomotive wheels. In addition, they are very useful in the valve mechanism of a reciprocating engine. These are utilized in the link of roller chains, bicycle chains, and chain straps of watches.

Knuckle joints have the ability to withstand high tensile loads. It can give you high repeating accuracy even with varying material thickness and tensile strength. They provide excellent mechanical rigidity. They are simple in construction and easy to install.