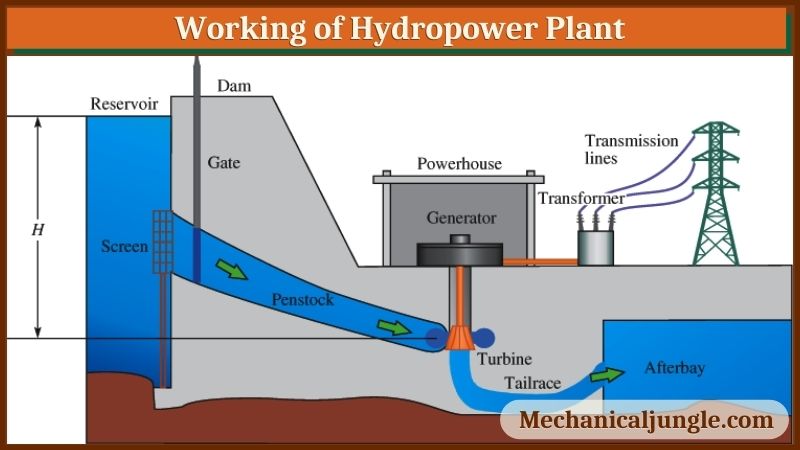 What Is a Hydro Power Plant? 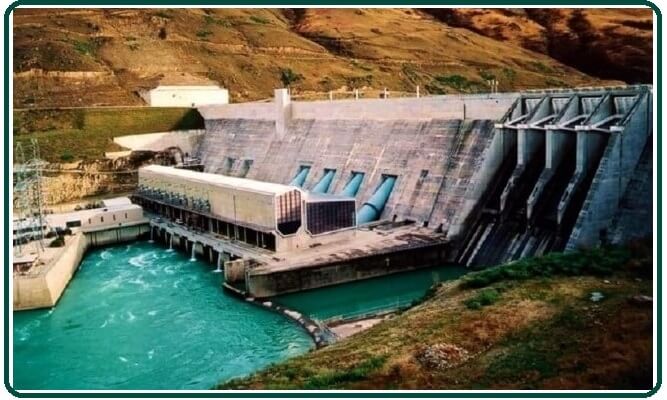 The generation of electricity by hydropower (potential energy in stored water) is one of the cleanest ways of producing electric energy. In 2012, hydroelectric plants contributed about 16% of the world’s total power generation. Hydropower is the most widely used form of renewable energy. It is a flexible source of electricity, & the cost of electricity generation is also relatively low.

This article talks about the layouts, basic components, and work of a hydroelectric power station. Energy prospects are not looking bright with fossil-based sources of energy such as coal, oil, & natural gas. This dismal prospect, combined with the ever-increasing global population and rapid industrialization of Third World economies, is in grave danger of future energy shortages.

If current events do not continue, there will not be enough power to meet the daily needs of humanity. Governments increasingly worked to neutralize this threat by proposing comprehensive solutions, including greater oil exploration, expansion of nuclear power, increased research into energy-saving technologies, and an unprecedented investment in renewable energy, including greater resources are.

The latter can be divided into various sectors, including wind power, solar power, and hydropower. Of the three, hydropower presents the bests possibility for widespread adoption. This is evident by the many hydroelectric generating plants in operation.

Hydroelectric energy is the energy generated by harnessing the natural power (kinetic energy) of water. Energy is harnessed by hydroelectric systems & converted into electricity using a turbine & a generator. Hydropower is classified as a renewable source of energy because water is continuously supplied by the sun.

It is also environmentally friendly. It doe not emit greenhouse gases into the atmosphere, which contribute significantly to pollution and global warming. China is today the largest producer of hydro powers, followed by Canada, Brazil, and the United States.

Due to its abundance, hydroelectricity is projected to be a major energy resource in the world for many years to come.

In a hydroelectric plant, as we know, the dam acts as a strong wall to get the water level high in the reservoir, increasing its potential energy. The difference in the height of reservoir and penstock levels is the main reason for all the pressure forces we receive, which will strike the turbine and thus generate the required power.

Once we open the control gate towards the turbine via a penstock trip, but by this path, we have found a surge tank and garbage rack along the length of the penstock. The main reason behind having surge tanks is to protect the penstock from the gust of water. This is actually the very important part because we have a valve just before the turbine that controls the flows of water entering the turbine according to the load in the turbine.

But the opening & closing of this valve is directly controlled by the action of the governor. The governor operates according to the load on the turbine. So as the load in the turbine decreases, the gates slam shut in a short time. This increases the pressure in the penstock, thus causing the penstock to dissipate, but due to the surge tank, this pressure is replenished, thus resolving the problem.

The surge tank also helps to cover air gaps when the load on the turbine increases immediately. It feeds water to keep the turbine’s water flow stable and smooth, thus preventing power output fluctuations. There is a garbage rack to remove all impurities from the water going into the turbine.

This reduces the wear & tear of the turbine and thus extends the turbine life. The water collides with the turbine blades, converting the pressurized energy of the water into mechanical energy, which is then converted into electricals energy by the generator.

This voltage of electricity is amplified with step-up transformers, and we are ready to transfer this high voltage power to the nearest power grid via transmission lines. 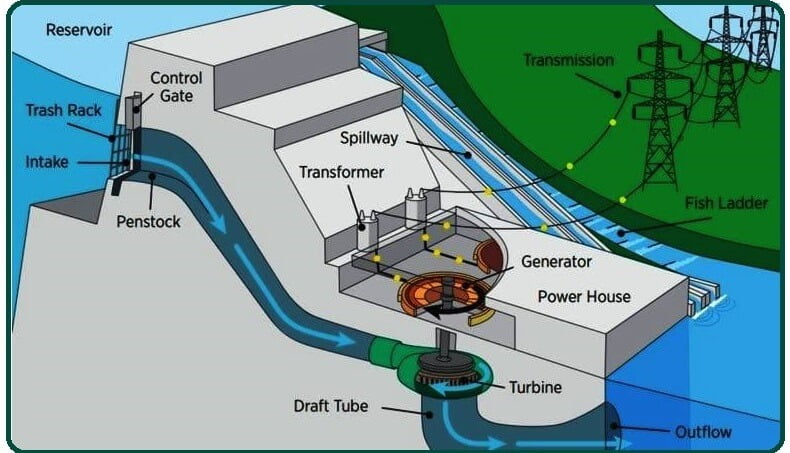 It is the most popular type of hydroelectric plant. A mandatory facility is, essentially, a large hydropower system that uses a dam to store large amounts of river water in a reservoir. A pile of water coming out of the reservoir flows through a turbine from which it rotates.

The rotating turbine activates a generator to generate electricity. Water can be released for two main reasons; To meet the needs of electricity or to ensure that the reservoir maintains a constant water level.

Conventional plants use potential energy from damaged water. The energy extracted depends on the amount of water and the head. The difference between the height of the water level in the reservoir and the outflow level of the water is called the water head.

When electric wires are in demand, water is allowed to spin a turbine and return to the lower reservoir to produce electricity. In a pumped storage plant, a second reservoir is created near the water outflow from the turbine.

When electricity demand is low, the water from the lower reservoir is dumped into the upper (main) reservoir. This is to ensure a sufficient amount of available water in the main reservoir to meet peak load.

In this type of facility, no dams are built, and therefore, the reservoir is absent. A portion of the river is diverted to the turbine via a penstock or canal. Thus, only the water flowings from the river are available for generation. And due to the absence of a reservoir, any overuse of water is passed unused.

This type of hydropower plant is sometimes referred to as a run-of-river. The river’s run-of-the-river takes into account memories of small turbines roaming the river to produce low-impact electricity. However, the term div river “defines these projects more precisely.

Diversion involves the generation of electricity by turning a large portion (approximately 90%) of any flow (tunnel) of the river to turn the turbine before any flow of the river is returned to the mainstream of the river. In this model, turbines have not been installed on the river itself.

River diversion projects vary in magnitude. However, each project requires adequate infrastructure such as:

In the hydroelectric plant, the spillway dam has a safety feature. This protects the dam from damage in the event of too much rain or flood. It should be able to discharge the required amount of water and keep the water level in the reservoir at its maximum safe level.

It is a machine that converts the energy of water into the rotation of a shaft that drives a generator to generate further electricity. The hydroelectric plant consists of more than one turbine, which converts the energy of water into mechanical energy. Different types of a turbine are used depending on the height of the reservoir, the amount of water, and the amount of electricity generated.

The generator is used to convert the rotational speed of the shaft attached to the turbine into electrical energy. This power is converted to high voltage through a phase-up transformer. This high voltage power is then transferred to various power stations through transmission lines.

What Is Hydroelectric Energy?

Hydroelectric energy is a form of renewable energy that uses the power of moving water to generate electricity.

What Is Hydroelectric Power Plant?

The most common type of hydroelectric power plant is an impoundment facility. An impoundment facility, typically a large hydropower system, uses a dam to store river water in a reservoir. Water released from the reservoir flows through a turbine, spinning it, which in turn activates a generator to produce electricity.

At the plant level, water flows through a pipe—also known as a penstock—and then spins the blades in a turbine, which, in turn, spins a generator that ultimately produces electricity. Most conventional hydroelectric facilities operate this way, including run-of-the-river systems and pumped storage systems.

Hydropower provides low-cost electricity and durability over time compared to other sources of energy. Construction costs can even be mitigated by using preexisting structures such as bridges, tunnels, and dams. Hydropower complements other renewable energy sources.

Here are a few of the main disadvantages of hydroelectric energy.