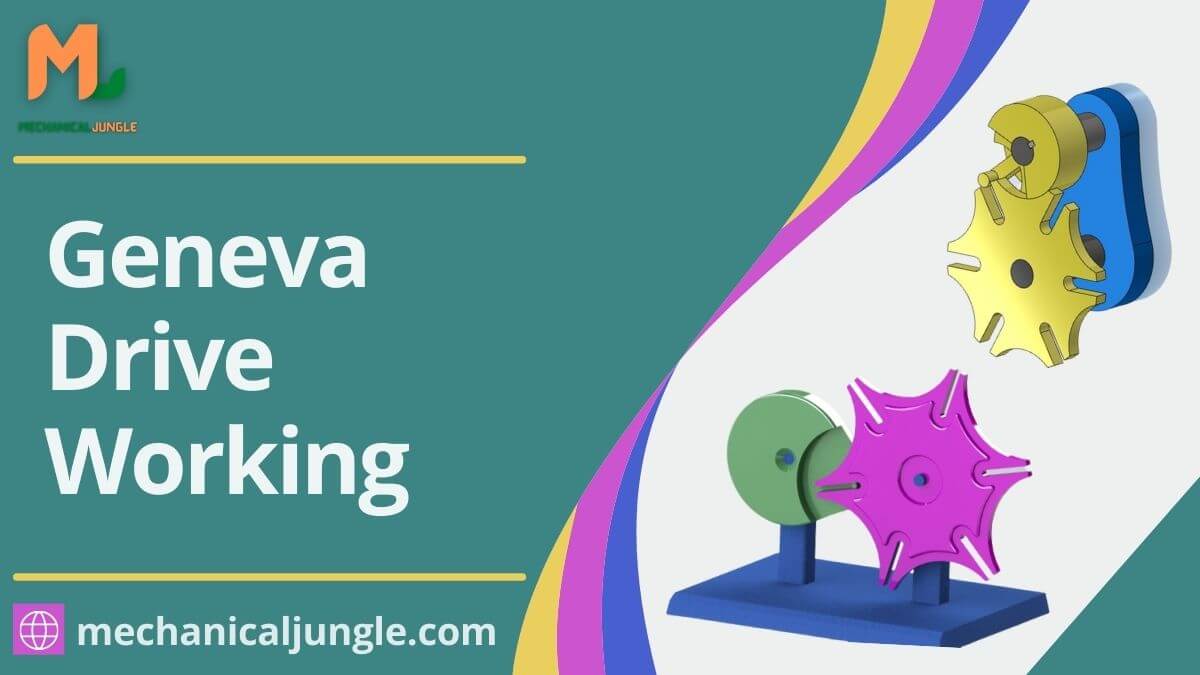 What Is Geneva Drive? 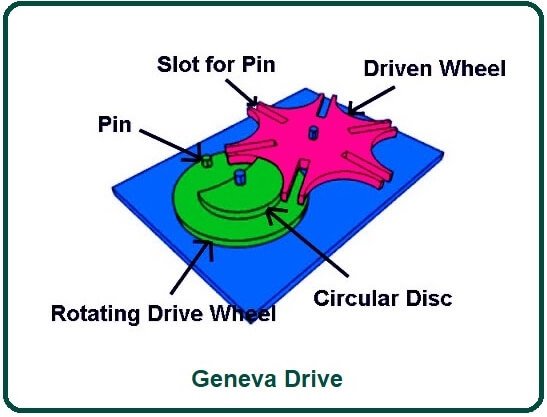 Geneva drive is a gears mechanism that translates rotational motion into intermittent rotary motions. The rotating drive wheels have a pin that enters the slot of the driven wheel and rotates it step by step. The driving wheel also has an elevated half-circle which locks the driven wheel in position between the steps.

The main difference between Geneva Drive & other gears is that Geneva Drive has unusual teeth. Unlike other gears, the interaction between driving in Geneva operates, and the driven part is not continuous, and the resulting motion is intermittent.

The Geneva Drive or Maltese Cross is a gear mechanism that converts continuous rotation into intermittent motion. The rotating drive wheels have a pin that reaches into a slot of the driven wheel that moves it one step.

The drive wheel consists of a raised circular resistor disk that locks the driven wheel in position between the steps. Because the apparatus requires good lubrication, it is often enclosed in an oil capsule. 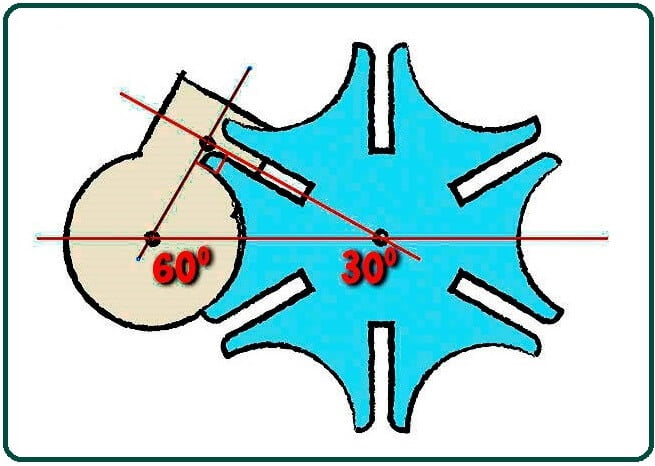 Geneva drives are commonly used sequencing mechanisms where an intermittent motion is required. Inverted Geneva drives, which are a variation of the Geneva system, are used where the wheel has to rotate in the same direction in the crank.

This requires less radial space and maybe a circular section attached to the locking device crank that locks by wiping against the rim built on the perimeter of the wheel.

The design and construction of a conventional Geneva system are generally simple and inexpensive because it does not have a particularly curved profile on any component except for straight lines and circular arcs.

However, due to the dissection of the acceleration at the beginning and end positions, the drawback to using a traditional Geneva mechanism has a large effect when the driving crank is attached, and the wheel disengages with the slot.

Geneva Drive has two wheels, driving and driving wheels. The driving wheel has a bit higher than the pin and semi-circular disc, which is elevated.

The driven wheel has 4, 6, or more slots in which the pin of the driving wheel passes and rotates the driven wheel at an angle depending on the number of slots.

In this externals Geneva drive, the driven wheel is externally connected with a rotating drive wheel. It is the most popular Geneva drive and is used in many mechanical products such as watches and film projectors. It can withstand high mechanical stresses.

In spherical Geneva drives, the driven wheel is spherical in shape and is externally connected to the rotating drive. In this, driving and driven wheels are on vertical shafts, i.e., input and output shafts are perpendicular to each other.

Here, the different Applications of geneva drive are as follows:

Here, the different Advantages of geneva drive are as follows:

Here, the different Disadvantages of geneva drive are as follows:

The Geneva drive or Maltese cross is a gear mechanism that translates a continuous rotation movement into intermittent rotary motion.

Geneva mechanism, also called Geneva Stop, is one of the most commonly used devices for producing intermittent rotary motion, characterized by alternate periods of motion and rest with no reversal in direction.