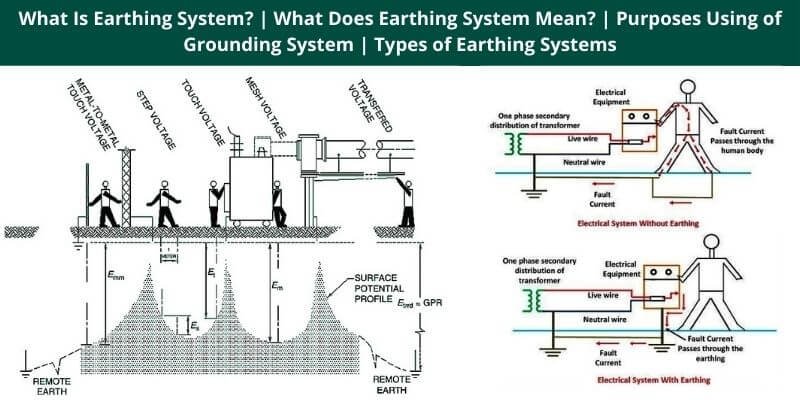 What Is Earthing System? 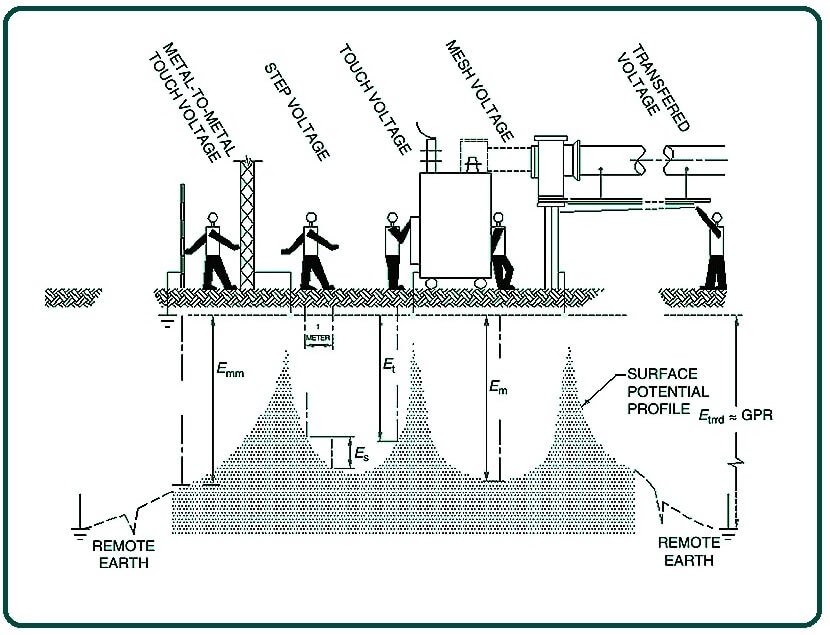 In electrical engineering, earth or ground is a references point in an electrical circuit from which voltage is measured and commons return path for electric current or a direct physical connection to the earth. In electrical installations, an earthing system or grounding system connects specific parts of that installation to the conductive surfaces of the earth for safety and functional purposes.

After explaining what is earthing, this article will focus on the purpose of earthing/grounding, good earthing practices, approved earthing, and main components, design, and functions of earthing/grounding system. Electrical earthing is referred to as the process of transferring an instantaneous discharge of electric current directly to the earth.

This transfer is accomplished with the help of a wire of low resistance. It is actually an arrangement by which an electrical installation is connected to a means of earthing. Although earthlings are sometimes used for functional purposes, it is more commonly in services for security purposes.

For example, in cases of telegraph lines, earthing is used as a conductor to save on the cost of the return wire on a long circuit. If there is a fault in the electrical installation, and there is no earthing system in this installation, a person may be harmed by electric shock by touching the damaged metal part, as the body of the power tool is traversed to earth.

The job of earthing is to provide an alternate path for fault current to flow to the earth.

Most of the time, galvanized irons are used for earthing. Earthing acts as a smooth passage of leakage current. The zero potential earth carries the shortcircuit current of the equipment. Thus, the earthing protects the system and equipment from possible damage.

What Does Earthing System Mean?

In power supply systems, an earthing system defines the electrical potential of conductors relative to the conductive surface of the earth. The choice of earthing systems has implications for the safety & electromagnetics compatibility of the powers supply.

Functions of the earthing system are to provide:

Earthing system regulations vary greatly between countries and different parts of electrical systems. Most low-voltage systems connect a supply conductor to the earth (ground). Earthing system is also known as the protective earth or grounding system.

In previous sections, we talked about what an earthing system is and what it does. Now we are going to list down some of the most important purposes for which earthing is in service. Electrical circuits are connected to the earth or indeed to the ground for some reason. Below are several reasons why it is important to use a grounding system.

The earthing system is the circuitry that connects parts of an electrical circuit to the ground. It affects the magnitude & distribution of short circuit currents through the system & the effect it creates on people in proximity to equipment and circuits.

An earthing system avoids this hazard by placing the exposed conductive surfaces of an appliance at earth potential. A functional pile of earth connection serves a purpose other than providing protection against electric shock.

Earthing systems must be constructed in such a way and of such materials that they perform correctly throughout the expected lifetime, at a reasonable manufacturing cost. Required properties are:

The durability of the earthing system mainly depends on its ability to withstand corrosion. Earth electrodes, being in direct contact with soil or water, operate in corrosive conditions. There are three main factors that determine the rates of corrosion of metal objects in soil:

The choice of electrode materials is usually a compromise between the cost and durability of the earth electrode.

There are five basic methods for providing and providing the neutral of an electrical installation. The names and details of the five methods and their abbreviations are given below. 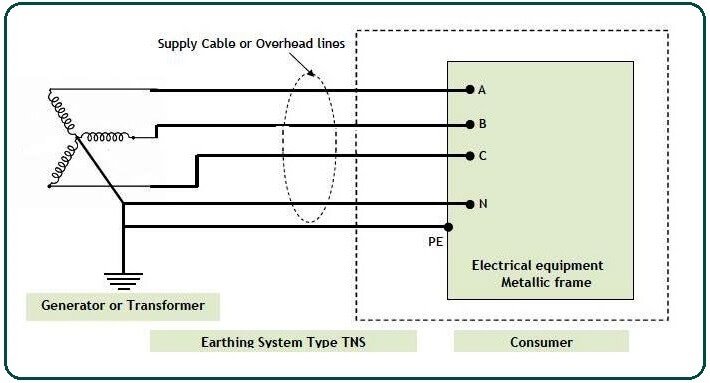 In the UK & before the introductions of the Protective Multiple Earthing (PME or TN-C-S) system, the TN-S method was a fairly standard arrangement. 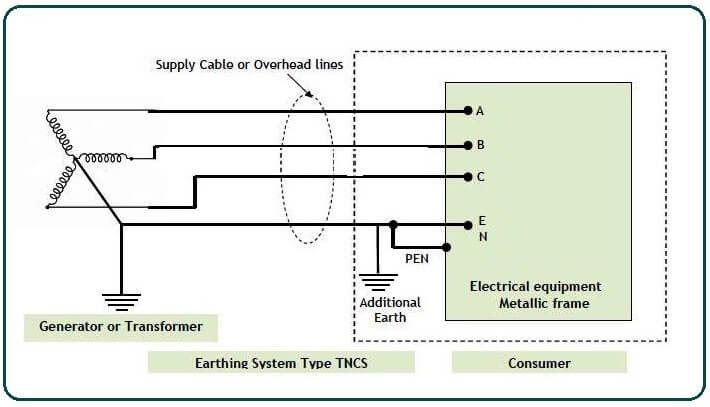 Supply to the customer’s premises will typically be TN-S, meaning neutral, and earth will be isolated, connected only to the service position. When neutral and earth combat within the complex, the system is TN-C.

Protective neutrals bonding is actually variations of the TN-C-S system, which provides an earth terminal for the customer to connect to the supply neutral. But you have to remember that neutral is connected to earth only at one point. This arrangement is for the use of single subscribers with a transformer. 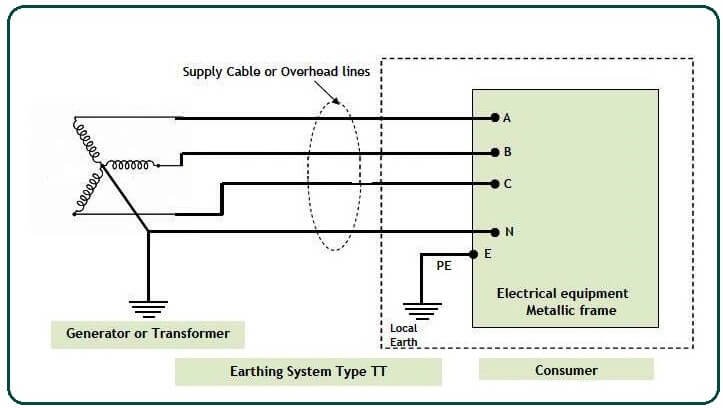 These methods are systems where the supply is made at only one point, but the cable sheath and the exposed metalwork of the subscriber’s installation are connected to the earth through a separate electrode that is independent of the supply electrode. 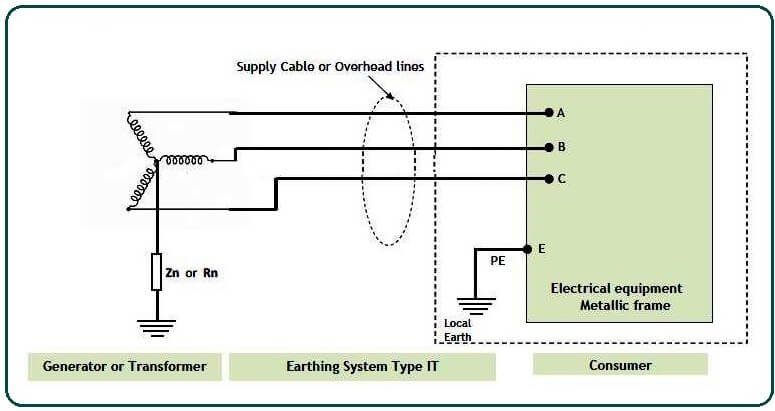 It is a system without a direct connection between the living parts and the piles of earth, but with its exposed conductive parts of the installations. Sometimes a high impedance connection to the earth is provided to simplify the protection scheme required for earlier earth fault detection.

A customer who buys electricity expects good earthing. These are in view of the fact that there is a high risk involved in the use of electricity with poor earthing. All electricity suppliers must have approved earth electrodes at their facilities.

This means that the flash-over voltages, which can appear for a variety of reasons, are carried into the soil so that they do not cause any damage and/or injury.

An accepted earthing must include:

The selection of an earthing system can affect the safety and electromagnetic compatibility of the installation. That’s why our recommended option is the Apress Deep Earthing System.

The earthing copper wire (5) is inserted and placed in the hardened steel tip (1). Extension rods (3) have guiding pins to enter the rear tube end to form a stable extension of the system.

Since the earthing resistance at the other end of the wire can be continuously monitored, driving down is interrupted when a satisfactory low resistance is reached.

The top extension rod (3) is pulled up and reused. Knocking down studs (or sleeves) is normally made by a power hammer with a suitable driving stud (4) or sledgehammer and driving cap FS61 or FS62C.

Some of the many benefits of the Apress Deep Earthing System are:

Earthing is necessary for the following reasons:

Earthing can be done by electrically connecting relevant parts in the installation to a system of electrical conductors or electrodes placed near or below ground level. The grounding mat or electrode below ground level consists of a flat iron riser through which all non-current-carrying metal parts of the equipment are connected. 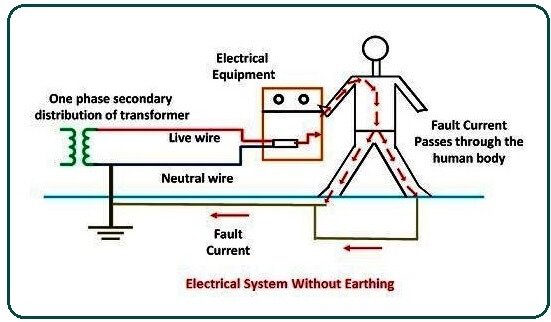 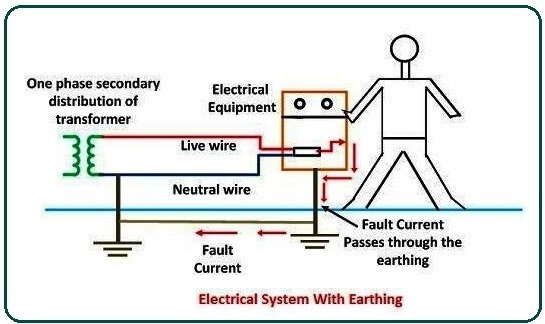 The assembly is called earthing. The metal conductors connecting the parts of the installation to the earthing are called electrical connections.