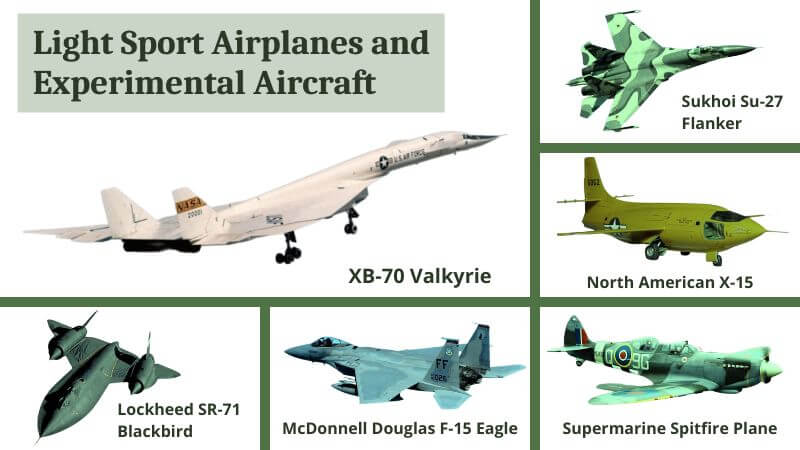 How Many Types of Planes?

It’s not a warning; it’s just an exclamation. There are so many different types of aircraft that it is important to understand which type is used by the top commercial airlines in the United States and around the world. How many types of planes are there? Well, there are hundreds, if not thousands.

But when it comes to the estimated more than three billion people who fly each year, they usually fly in Boeing, Airbus, or ATR planes. To fly these types of aircraft, you must first undergo type rating training. Part of your type of rating training will be lessons and real-world simulations to understand the intricacies of this high-flying machinery.

There are often confusions in terminologies between “certification” versus “rating.” In aviation, a certificate confers a privilege (not a right) from the FAA. The certificate defines what you can do as a pilot; It is an indicator that a certain level of skill has been achieved.

However, insurance company restrictions are generally much stricter than those of the FAA. Since insurances are such an important part of deciding who flies, for the purposes of this blog post, let’s look at some of the certifications and the rules governed by what aircraft pilots fly.

Aviators with a Sport Pilot Certificate are generally eligible to fly light sport airplanes & experimental aircraft. These are an exciting category for even the most experienced jet pilots as it requires concentration and sharp hand-flying skills to safely operate these types of aircraft.

In some ways, this airplane is preferable to many experienced pilots because they represent “real flight” and have a direct connection to the aircraft’s control surfaces, unlike larger, more complex airplanes. Passenger jets and heavy aircraft fly with multiple safety backups and are mostly automated. For professional pilots who fly a lot, commanding a single-seat, light aircraft can be an enjoyable experience.

In light sport, the pilot cannot carry cargo or passengers for pay. They cannot banner-toe or fly without visual reference to the ground, above 10,000 feet, or with surface visibility below 3 miles. Light sport airplanes can not weigh more than 1,320 pounds at takeoff or have more than two seats.

They are single-engined and cannot have an airspeed of more than 120 knots. Landing gear must be fixed. Some examples of light sport airplanes include:

These types of aircraft require a special exempt airworthiness certificate from the FAA. These airplanes may not fit into any of the categories and may include home-built or kit-built airplanes. They are generally not made for sale & exist purely for recreational and educational purposes.

You can often see the experimental aircraft at local fly-ins or at some airshows. For the most part, pilots holding recreational or private certifications fly experimental airplanes.

Typically, private and recreational pilots fly smaller single-piston engine and twin-engine piston airplanes. It is the widest crew of general aviation. These types of aircraft are usually what people are referring to when they refer to the “small airplanes” buzzing around regional airplanes.

This may seem to limit the number of airplanes entering and leaving an airport, but when a pilot earns his private pilot certificate, hundreds of airplanes are legally acceptable. New privates pilots can fly any non-turbojet airplane that weighs less than 12,500 pounds.

Some airplanes require a specific type rating, which calls for time in the cockpit with a flight instructor and an FAA check-ride. Pilots must successfully complete an orals exam as well as practicals test in order to obtain a type rating. Certain type ratings open the door for pilots to fly a whole range of airplanes with many different models.

However, for safety reasons, every new airplane needs to be viewed as a different experience. Some recreational short-time pilots feel most comfortable with the airplane they initially trained in and may live with it throughout their careers. However, pilots who decide to fly for a living are increasingly moving to turbo-engined airplanes & jets; most paying jobs involve these types of aircraft.

If an airplane can fly at low speed and only short runways are available, they are an attractive option. Because of this and because of their quieter engines, turboprops were used extensively as field aircraft. Until recently, turboprops were often seen on small airline flights; Now, they have been largely replaced by smaller jets. The turboprop class includes the Bombardier Dash 8, Pilatus PC-12, and Super King Air.

Types of Planes with Jet Engines:

Much of what is seen in large airports is only flown by pilots with a multi-engine rating and an airline transport pilot’s license. These are considered essential for a pilot to fly for an airline or large commercial operation. These can be expensive to earn, and most pilots add them to their resumes as parts of their training when they are hired by the airline.

If so, some companies stipulate a training contract. It demands that the pilots remain hired by the company for a certain amount of time or pay for the cost of their training. What about powerful and state-of-the-art military jets? The United States military has its own equivalent system when it comes to certifying its pilots to sit in the cockpits of these flying weapons.

Formerly, almost all airline pilots were Navy or Army Air Corps now Air Force veterans. When he left the service, his experience shifted to the airline world. 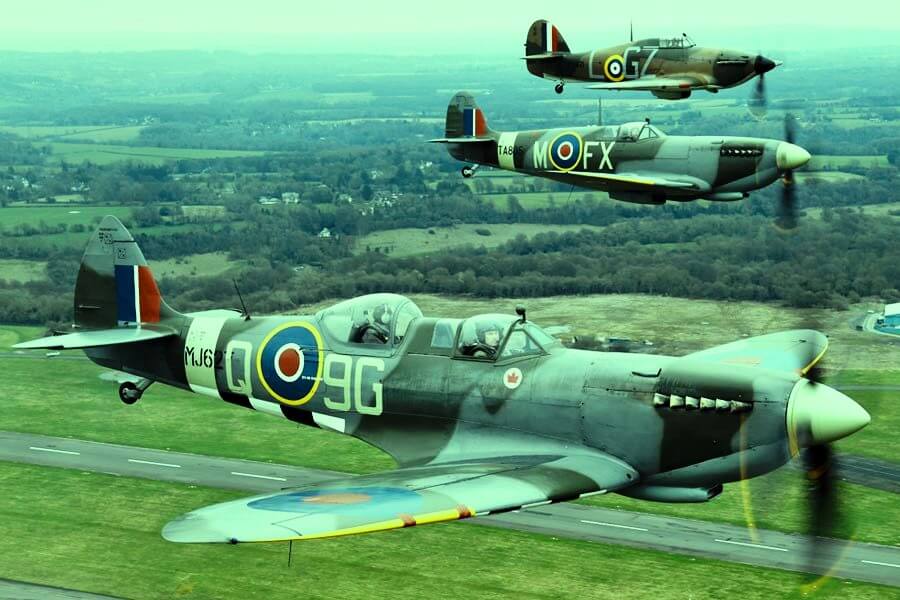 Here’s an interesting fact: The Supermarine Spitfire is the only British fighter that was still being produced when World War II was going on. One of this fighter’s most famous achievements is that, during the Battle of Britain, it was able to overtake the German Luftwaffe.

Its unique design consists of elliptical wings designed with consideration of the thinnest possible cross-section, which made the fighter one of the fastest during its time. The Supermarine Spitfire had an airframe that made it versatile.

It was used for photo reconnaissance, interception, & training. The first aircraft in this line used a 1000 horsepower Rolls-Royce Merlin V-12 engine. It was later largely developed to handle the 2,300 horsepower generated by the Griffon engine, also produced by Rolls-Royce. 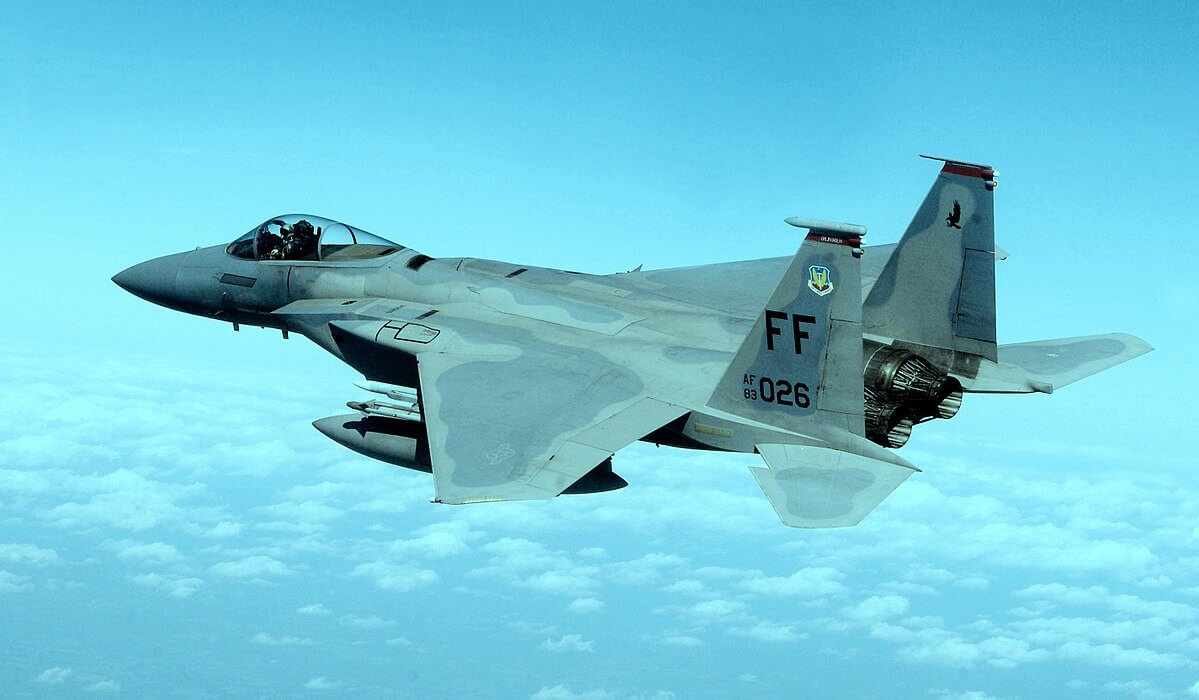 This plane is said to be the most successful aircraft ever. These are probably why it is still being used by the US Air Force. The McDonnell Douglas F-15 Eagle has a twin-engine that can propel an 18,000 kg aircraft up to 2.5 times the speeds of sound.

It was firsts introduced in 1976. The US Air Forces plan to continue flying it beyond 2025. To date, about 1,200 F-15s have been built, some of which have been exported to countries such as Israel, Saudi Arabia, & Japan.

The McDonnell Douglas F-15 Eagle can bomb an external fuel tank, sidewinders, 120-AMRAAM, or its 11 hardpoints. It also has a 20mm M61A1 Vulcan gun which has been responsible for 100 definite aerial combat victories so far. 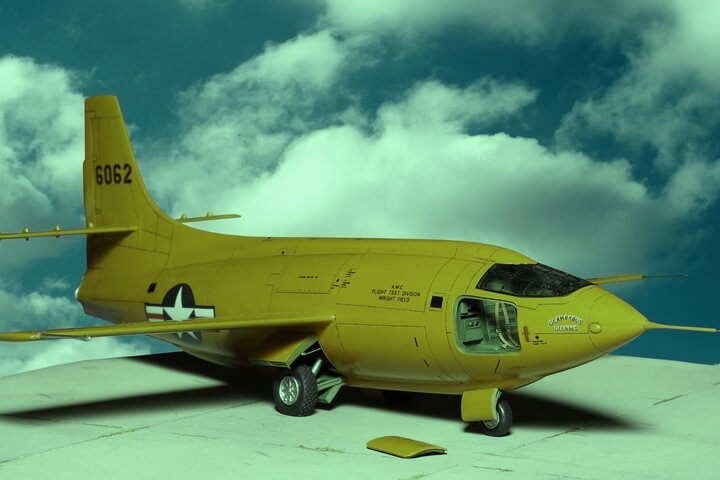 The North American X-15 currently holds the world’s record for the fastest manned aircraft. It can reach the speed of up to Mach 6.70, six times the speed of sound, which is approximately 7,200 km/h. On 3 October 1967, Williams J. “Pete” Knights saw this record-breaking speed while flying the North American X-15. Its large wedge tail was able to help the aircraft achieve such high speeds.

However, the same tack was not as helpful at lower speeds as it caused a lot of drag. The North American X-15’s tail is so heavy that, to be carried in the air, it has to be carried by a B-52 Stratofortress to an altitude of about 14,000 meters in the sky. It is then dropped and ignited.

The North Americans X-15 was too fast to use the traditional drag over a fins’ methods of steering. Instead, it used rocket thrusters, which allowed it to reach a world record altitude of over 100 kilometers. 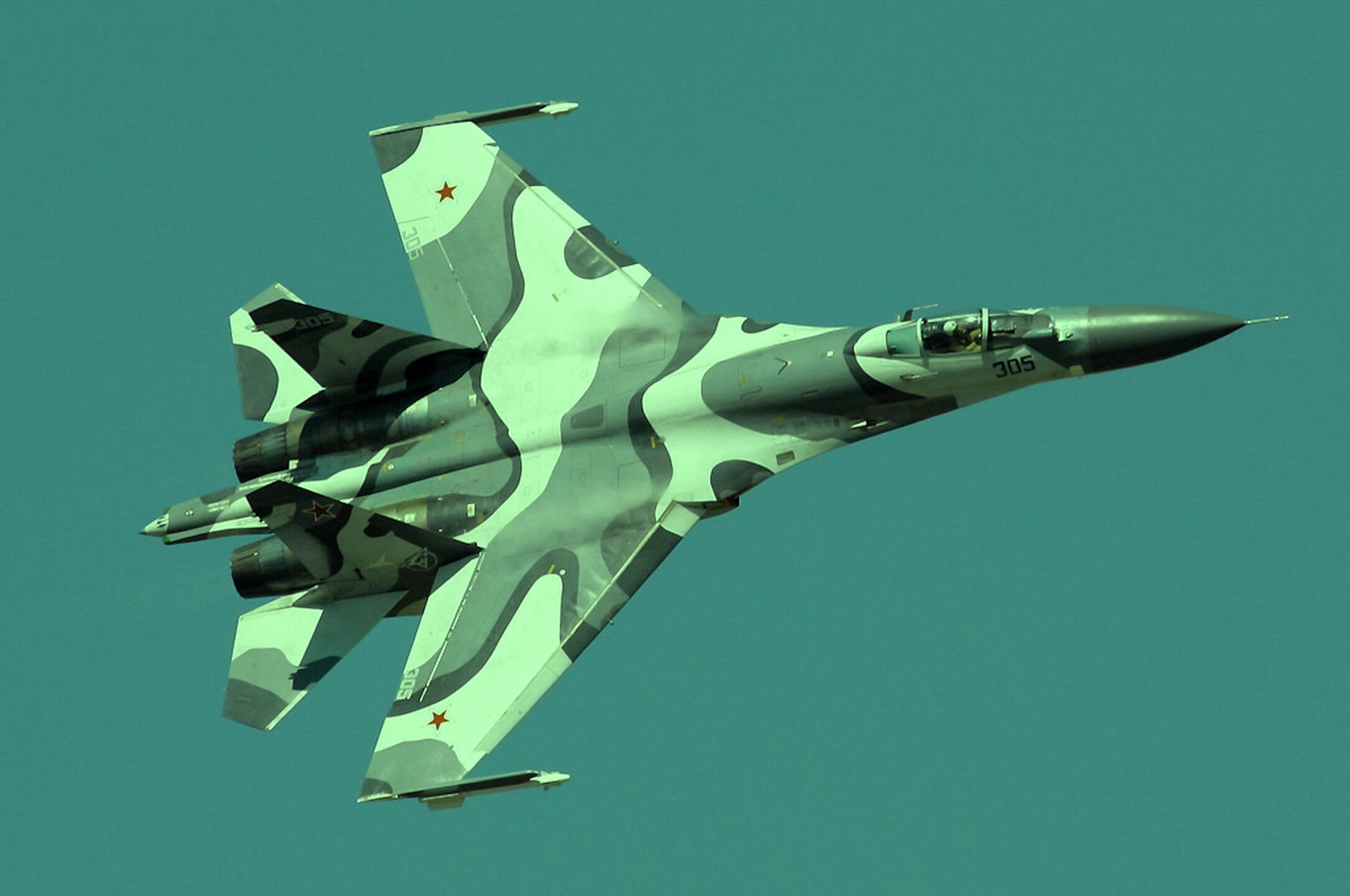 The top speed of the Sukhois Su-27 Flanker is Mach 2.35. The twin-engined aircraft was the first Russian jet to be flown by a wire controls system. It was designed to challenge the new American’s 3.5 gen fighter aircraft, such as the F-15 Eagle. Sukhois Su-27 Flankers are equipped with a 30 mm gun to fire air-to-air, medium, and short-range missiles. 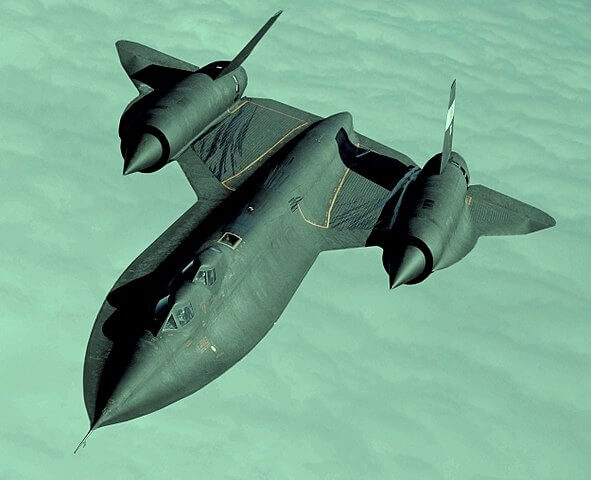 As the name suggests, these planes are black. It last captured the skies in 1999. After being introduced in 1966, Lockheed SR-71 Blackbird briefly held the record for the world’s fastest manned airplane. Only 32 pieces of these aircraft were built.

The Blackbeard’s covert characteristics made it ideal for dangerous reconnaissance missions.
To understand how fast this aircraft was, standard protocol when the Blackbird was engaged by a surface-to-air missile was to simply take it out. Stories about the development of the SR-72 have been going on for almost a decade. 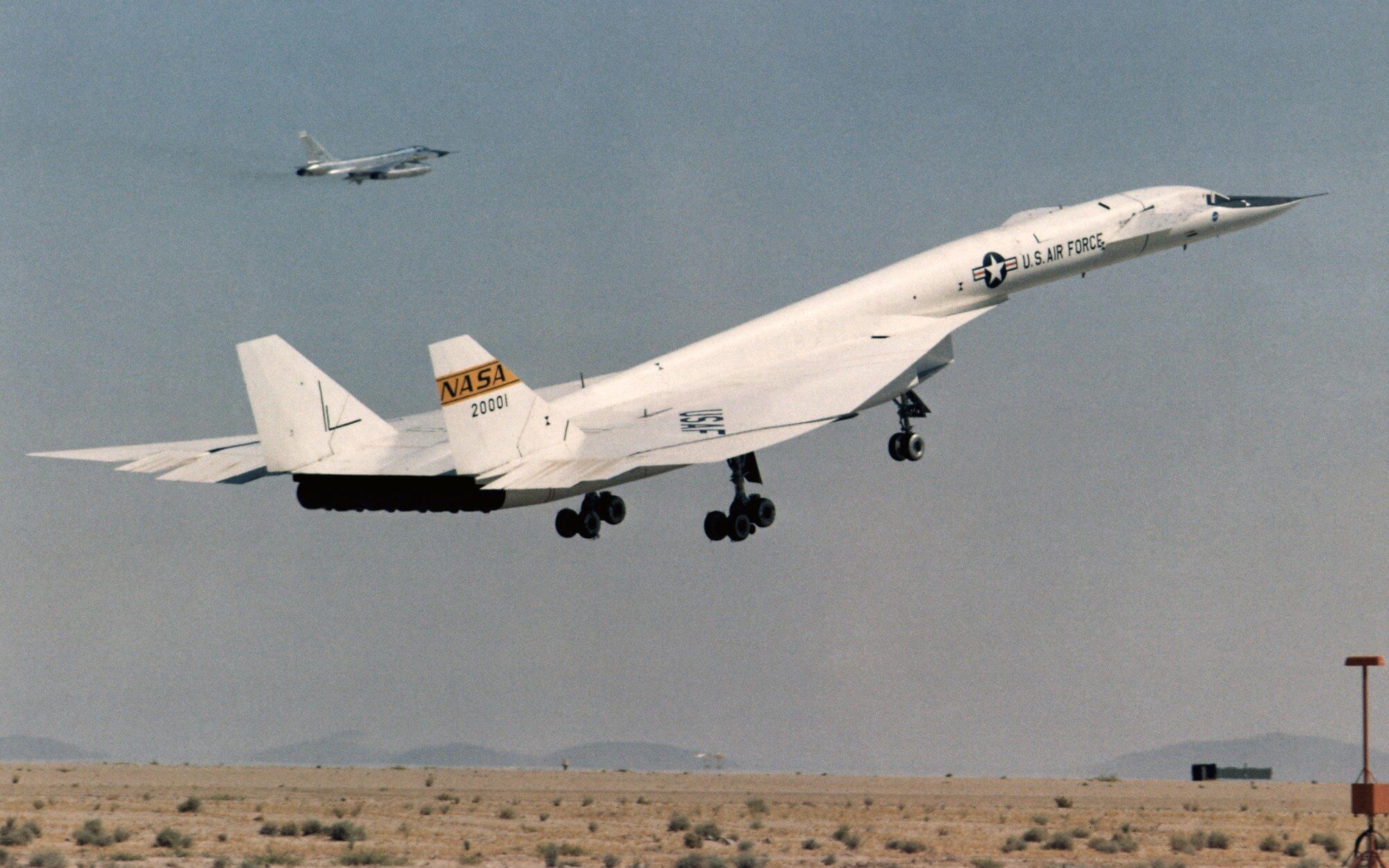 This unique aircraft was equipped with six engines with a velocity of Mach 3, the speed that causes the aircraft’s frame to heat up to 330 °C. The XB-70 Valkyrie was equipped with such speed to help it overtake Soviet interceptors and to ensure that it was able to move away from the detonation radius of the nuclear bombs that it was supposed to deploy.

It can carry 14 nuclear missiles at a time. For the first time in 1964, this aircraft took over the skies. However, it has been retired. Only two XB-70 aircraft were ever built.

How Many Types of Planes?

Different Airplanes Fighter aircraft are available in several variants ranging from interceptor fighter aircraft, Flying for an airline is obviously different than flying general aviation. The airplanes themselves are much more complex, and even when they are the same…they are different.