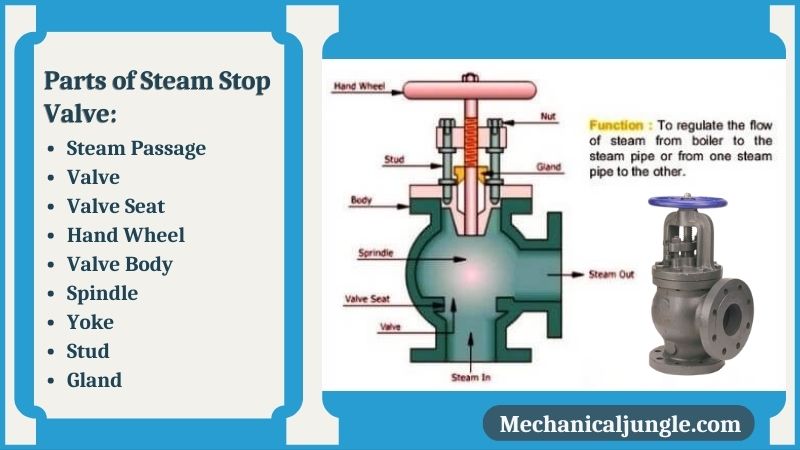 It is commonly used to regulate the flow of steam from a boiler to a steam pipe or steam pipe to another steam pipe. 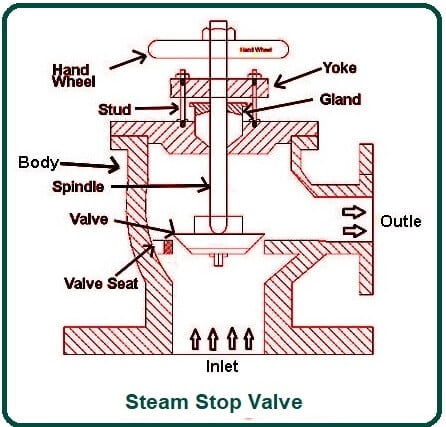 The various parts of Steam Stop Valve are:- 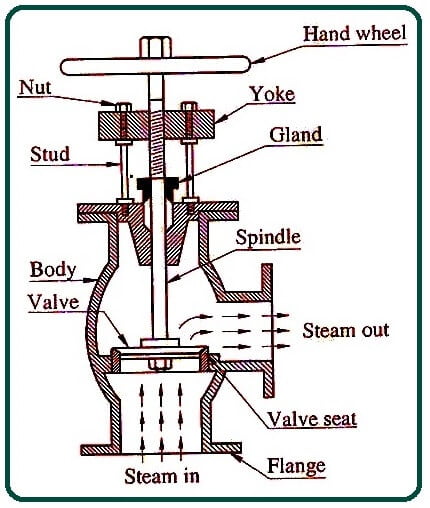 By default, the value of the steam stop valve is turned off, and steam is not allowed to pass through the valve. When the spindles are rotated by rotating the handwheel, the valve is up-down according to the direction of rotation.

When the valve moves steam up into the boiler, it is allowed to pass through the steam stop valve and is moved to the area where it is needed.

As the spindle rotates, the spindle is rotated with the help of the handwheel, and the valve moves up and down. When the valve sits on the valve seat, the passage of steam stops completely.

The steam passage can be partially or fully opened by moving the valve upwards; the clearance (passage) between the valve and the valve seat controls the flow of steam from the boiler with the help of rotating the handwheel.

In locomotive boilers, the supply of steam is regulated through a regulator that is placed inside the boiler cell and operated from the driver’s cabin.