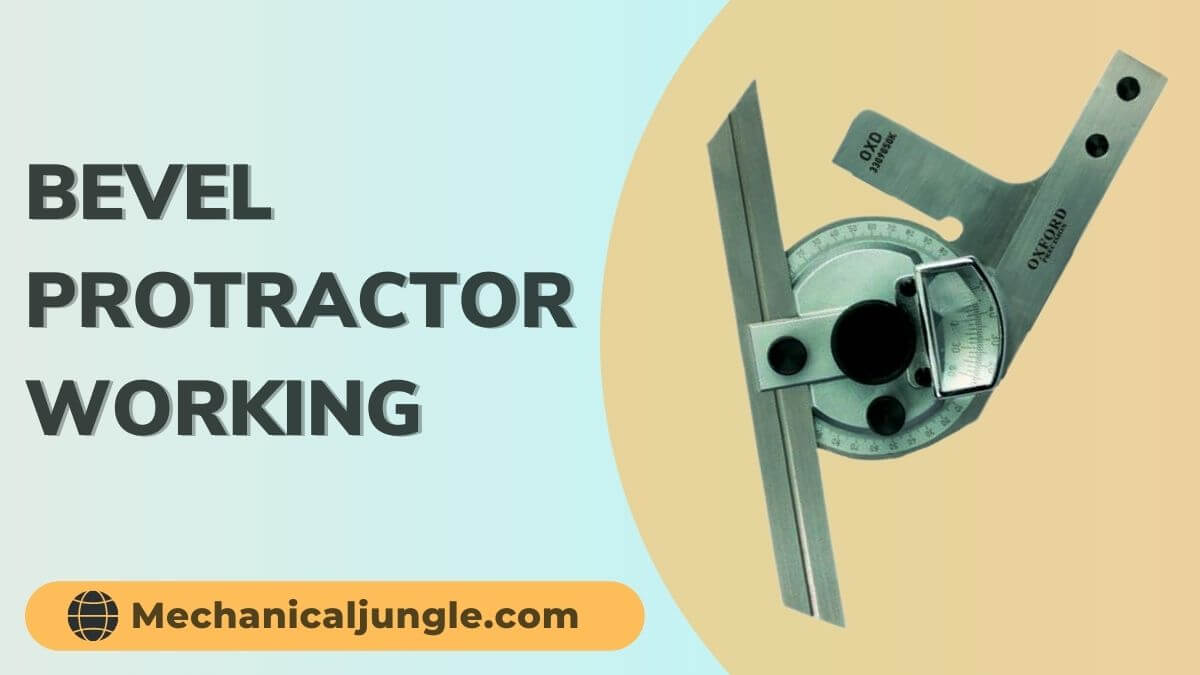 What Is Bevel Protractor? 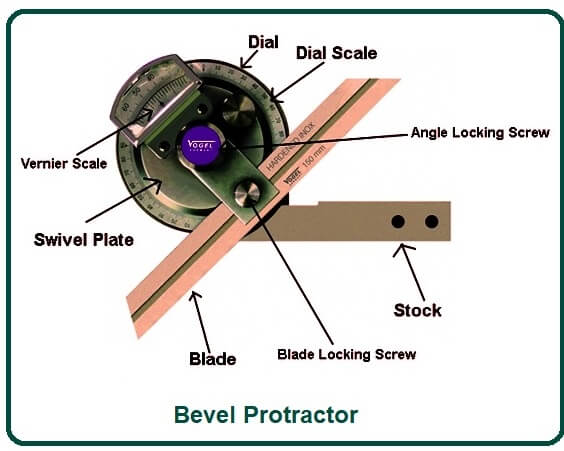 Some protractors are half-discs that have existed since ancient times. A more advanced protractor, such as the bevel protractor, is one or two swinging arms, which help measure the angle.

The device is capable of measuring angles with a minimum count of 5′ or 5 minutes. It is used to measure the angles of any workpiece. It is used for various items such as jigs.
Sometimes the bevel protractor is attached to the Vernier scale to give more accurate readings. 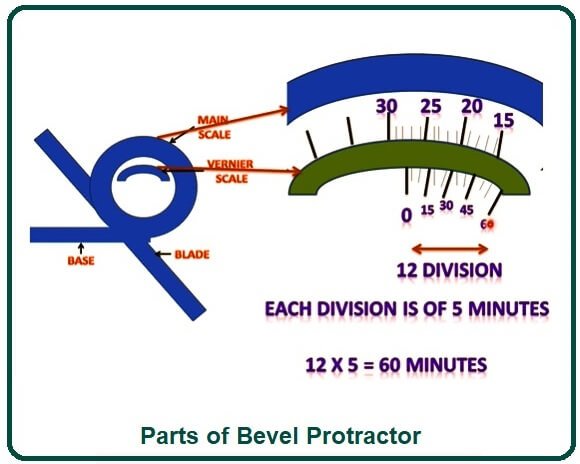 A magnifying glass is also present on the version scale in the swivel plate. These magnifying glasses are used to see the value of angles on the main scale and, more clearly, the Vernier scale.

This is the basis of the bevel protractor on which the other parts are present. The main scale or dial scale is marked on this dial.

This dial scale is the core of the bevel protractor. It has a graduated level of angle from a value of 0 degrees to 360 degrees. At this graduation, every tenth degree is counted.
It is divided into four divisions of 360 degrees, every 90 degrees.

This blade is made of high carbon steel. This blade is a thin blade. These blades are either 150 mm or 300 mm, depending on the bevel’s protractor.

The blade has one end of 45 degrees, and the other has an angle of 30 degrees so that 45 degrees & 30 degrees can be directly measured using these edges.

Blade locking screws are available to lock the blade at a fixed location. This screw is used when we determine the required length of the blade along the surface of the workpiece.

The bevel is one of the contact surfaces in the protractor when measuring the stock angle. Stocks are the integrated part of the dial. The dial is also rotated with respect to the blade as it moves, & the angle value changes in the dial scale. The job or workpieces whose angle is to be measured is placed in contact with this stock on one side. The other side of the job surfaces whose angles are to be measured is placed in contact with the blade. The blade of the bevel protractor goes inside the slot in the stock. 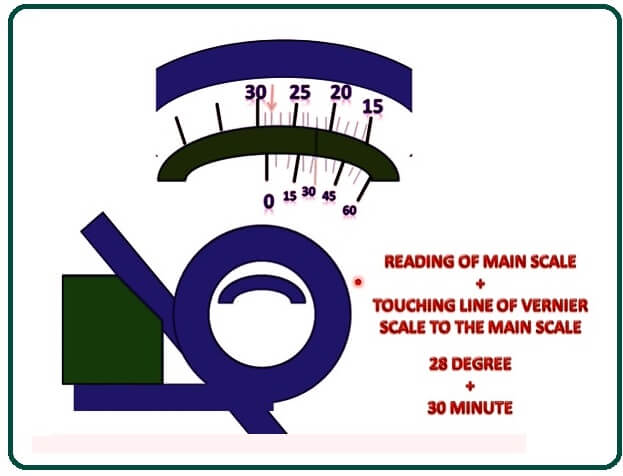 Here, the different Advantages of bevel protractor is as follows:

Here, the different Applications of bevel protractors are as follows:

Bevel protractors capture angular measurement with an adjustable 360-degree protractor head. A fine-adjustment dial allows for small adjustments in the position of the blades for more accurate readings.

These protractors are compact & offer a high level of precision and accuracy. They are often used in metalworking, machining, & light or heavy manufacturing environments.