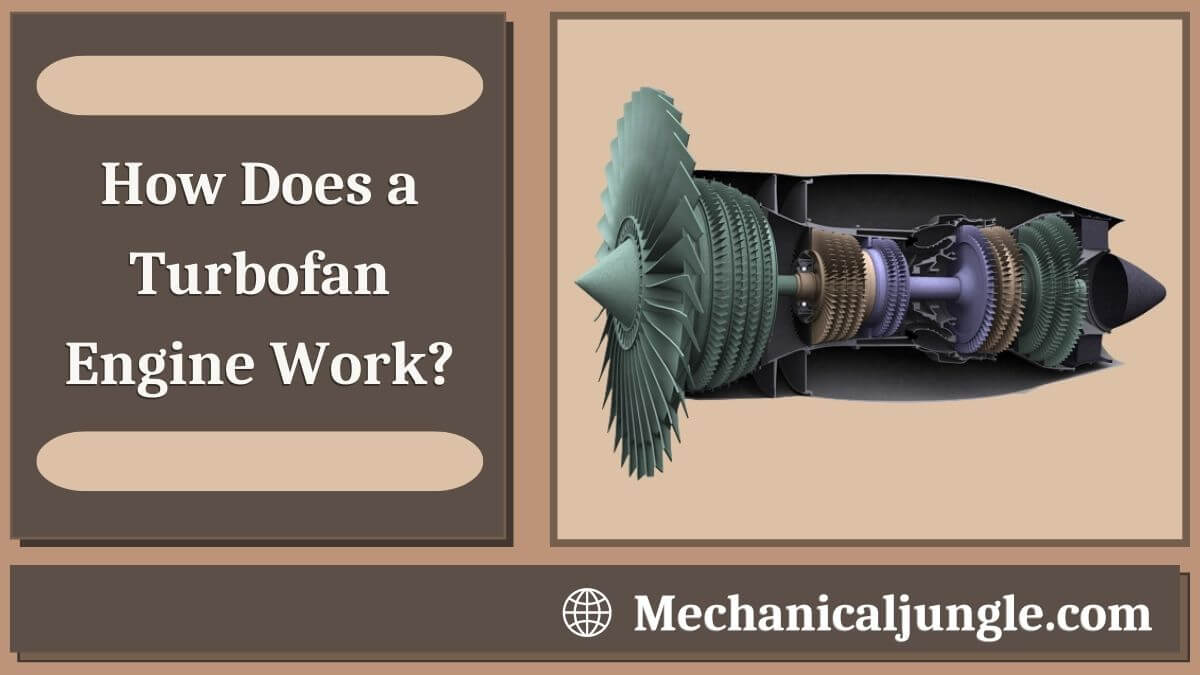 The Turbofan engine or the fanjet engine is the type of jet engine that breathes air and is used widely in pushing aircraft. The turbofan word combines “turbo” and “fan.” To fly high in the sky, aircraft need thrust, and some thrust generating system produces this thrust.

Nowadays, most of the engines in aircraft use engines that are based on the turbofan principle. Most aircraft use turbofan engines because of their capability to generate high thrust and fuel efficiency.

In this article, you will learn about Turbofan engines, how turbofan engines work, and the value of turbofans in the market. And many other knowledgeable and quality content helps you improve your knowledge.

How Does a Turbofan Engine Work?

The air flows at high speed in the sky. This airflow over the blades of the turbine extracted their energy from the air to spin the turbine in a circular/circle and turn the engine shaft connected to it.

On the same shaft, the fan and the compressor are connected to spin the turbine on the front of the aircraft engine air is pulled so it will be mixed with the aircraft fuel and burned.

In aircraft, they push the air out of the Engine at extremely high speed to move or fly the airplane in the forward direction.

There is a mixture in the nozzle of the exhaust. It will mix a little bypass air flowing around the aircraft’s Engine with warm combusted air, making it much quieter. 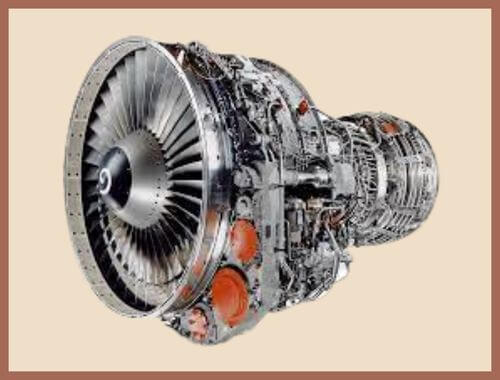 The most modern model of the gas turbine is nothing but a turbofan engine. There is a core engine in the turbofan engine, which is surrounded by the fan in the front and one which is an additional turbine at the rear.

The shaft of the fan passes from the shaft of the core for some mechanical reasons; such a type of arrangement is known as two spool engine. By the company Boeing, the large GEX9 turbofan engine was built. These engines are built to power the airplane like the airplane 777X in the year 2018.

Turbofan engines are the most efficient engines. The speed of the turbofan aircraft is about between 500km/h to 100km/h

This speed is operated by many commercial aircraft. Turbofan engines which are large like CF6, are designed for the long route/distance flight, which travel time is about ten to fifteen hours for each or per flight.

Turbofan engines can produce thrust at a low speed. The first aircraft company which used turbofans for mountain aircraft is nothing but Boeing, which got started in the year the 1980s.

To intake air in the Engine, engineers used a big fan which made it easy. A turbofan engine is designed in such a way that it combines features and technology of turboprop and turbojet engines.

And it takes 46 percent of all units which get produced. So it is hard to say the actual price of the turbofan engine, but roughly, we can say that it is nearly 10 to 37 million dollars.

Turbofan engines sell at a minimum of about 10 million dollars.

Some Facts About (Turbofan Engines)

Sometimes Turbofan engines are known as fanjet or bypass engines; this is one of the models of jet engines that generate thrust with the help of or the combination of core efflux of jet and bypass air that is accelerated by a fan of the duct which is driven by the core jet.

The turbofan engine that drives most jet engine core efflux thrust is a low bypass engine. And on the other hand, the Engine whose most thrust derives from the fan is known as a high bypass engine.

Generally, these low bypass engines are found most of the time in the army and military applications, and on the other hand, high bypass turbofan engines come in designs that are prevalent nowadays in commercial aviation engines of the jet.

Many people have questioned whether the rain affects the turbofan engines, but the answer is not because most of the storm clouds produce light rain.

The rain clouds are also made up of small crystal ice, which doesn’t affect the turbofan engine. Many people don’t know that a turbojet engine is quieter than a turbofan engine.

Engine DGEN is the world’s smallest turbofan engine. This is planned for the 4 and 5 seats two-engines VLJ which flies under twenty-five thousand feet and Mach 0.35.

With easy integration and maintainability, DGEN is designed (fuel consumption is low and noise level is also low). The Engine of the aircraft control unit and also, at the same time, fuel and oil equipment is integrated fully over the Engine, which FADEC controls.

FADEC is known as (Full Authority Digital Engine Control). The high-pressure spool generator device is integrated. And it allows the electrical start of the aircraft engine before it switches to the generation mode.

These engines are reliable and easy to control for the pilot on the aircraft. The fan blade of the turbofan engine is made up of shaping titanium molten by a hot presser.

The combustor in the aircraft engines is the place where fire happens. As air first exists in the compressor and then enters the combustion chamber, it will be mixed with the fuel that is ignited.

The sound of the combustor is very simple, but in reality, it is very complex to understand this process. This is because combustors require stable fuel combustion or air mixture when the air travels from a combustor at a very fast rate.

The work of the diffuser is to slow down the air from the compressor, which makes it easier to ignite. The dome and the swirler add turbulence in the air so it can easily mix with the fuel. And the fuel is sprayed into the air by the fuel injector to mix the air that can be ignited. The liner is the part in the Engine where all the combustion occurs. It has many different inlets to enter the combustion zone.

These engines produce a large thrust by drawing the air by compressing it, igniting it, and exhausting it to the back of the plane. And this all the process takes place in large fuel efficiency.

So whenever you travel from a plane, whether sitting in a plane as a pilot or passenger, take a minute and think about the engineers who made it possible or made the plane fly at the speed of sound. Great salute to such engineers.

A turbofan engine, sometimes referred to as a fanjet or bypass engine, is a jet engine variant that produces thrust using a combination of jet core efflux and bypass air which has been accelerated by a ducted fan that is driven by the jet core.

How Does a Turbofan Work?

The incoming air is captured by the engine inlet. Some of the incoming air passes through the fan and continues on into the core compressor, and then the burner, where it is mixed with fuel and combustion occurs.

How Does a Turbofan Engine Work?