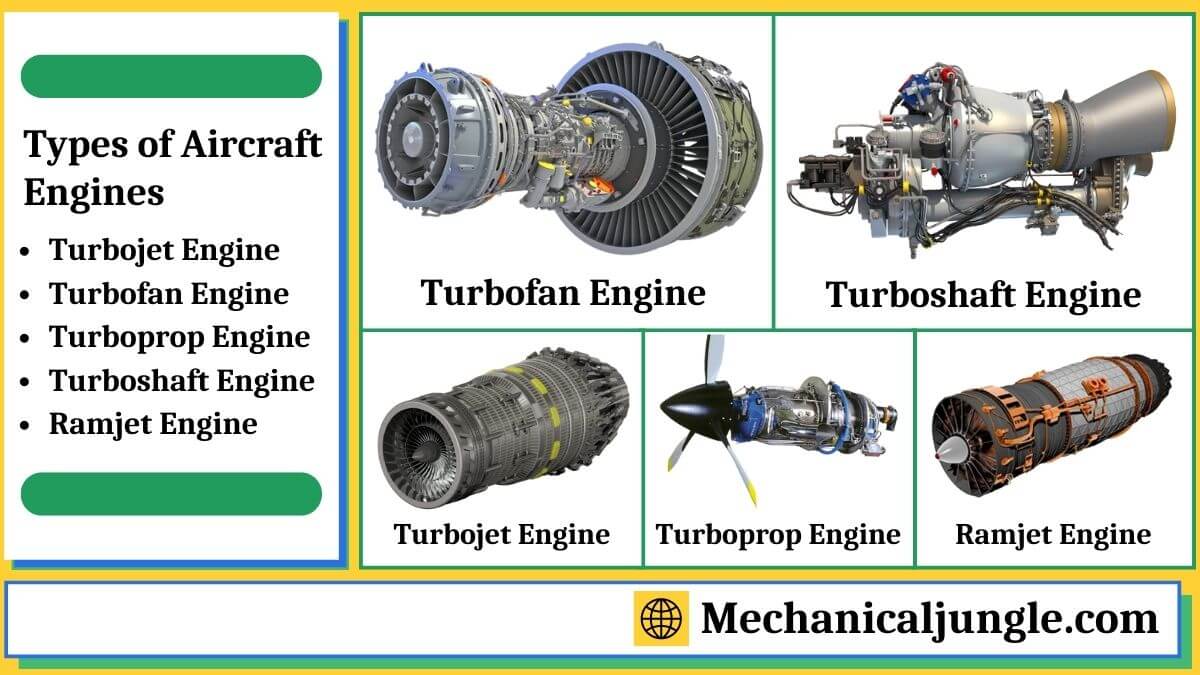 Aircraft is a device, vehicle, or machine which flies in the sky with the help of air or by obtaining support from the air. Aircraft are used in transportation, traveling, and the military/army. Because of aircraft, we can travel 1000 miles in just a few hours.

In this article, we have discussed the aircraft and its Engine and various types of aircraft engines like turboprop engines, passenger aircraft, and many knowledgeable things related to aircraft.

The Engine of an aircraft is the part or component that works as a pushing(propulsion) system for the aircraft by which mechanical power is generated. The engines of an aircraft come in two types one is the piston, and the second one is a gas turbine(turbo engine). 1930 was the year when Frank Whittle invented the first aircraft turbojet engine.

These engines are powerful and reliable, which is important for long travel. The Engine of the aircraft is also known as an aero engine. The big aircraft like boeing777 use big dual engines, the GE90-115B engine.

It helps aircraft to travel from one continent to another smoothly and safely because of its powerful engines. Engines in the aircraft are placed below an aircraft’s wings, which allow aircraft thrust to push or speed up the aircraft towards forwarding direction by air.

Five types of Engines are used in aircraft. Every Engine has its benefits and disadvantages. In this article, you will get all the knowledge related to aircraft and the engines used. Below there is the list of the aircraft engines:

There are five main types of aircraft engines: 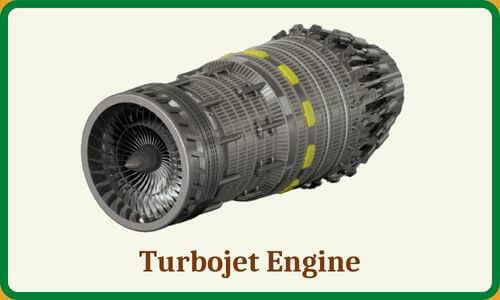 The turbojet engine was firstly built/developed by British and german aero scientists during world war 2. Turbojets fly in the sky through the air with the push of powerful gas. 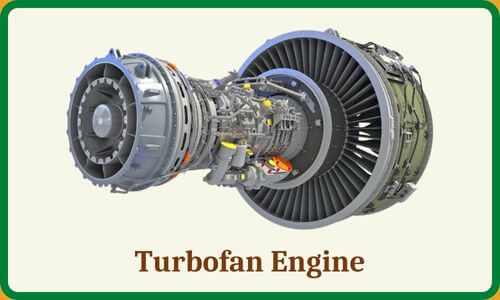 Using a big fan in aircraft makes it easy to intake air. A turbofan engine is designed in such a way that it combines features and technology of turboprop and turbojet engines.

Turbofan engines have some benefits, like producing thrust at low speed. The first aircraft company was Boeing which used turbofan engines while mounting its 737-300 aircraft starting in the 1980s. 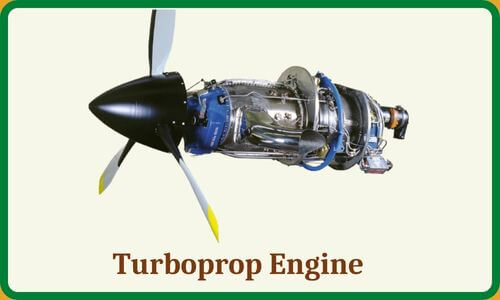 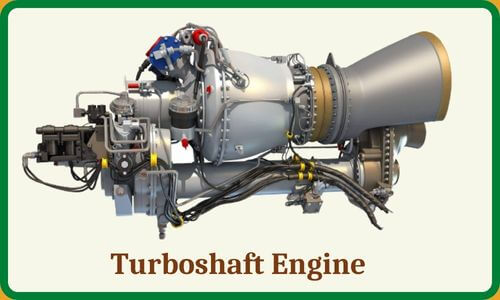 Power to a rotor used in helicopters. 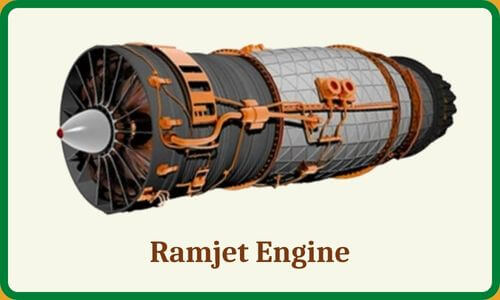 Nowadays, lightweight engines are coming into the aircraft, and some parts of these engines are not moveable. When it comes to an aircraft’s speed, it is responsible for taking air into the Engine.

Also, Read: What Is an Engine? | Types of Engine | Parts of Engine

Whether the Turboprop or Jet? Who Is Faster?

Turboprop aircraft are affordable for passengers traveling for short distances with not more than eight or nine passengers(depending on the aircraft variant/model).

For such passengers, it is the most affordable flight. Turboprop aircraft have the advantage that this type of aircraft doesn’t need big airports to land in smaller airports.

On the other hand, aircraft with two turboprop engines obsessively perform better than single turboprop engines. Turboprops use the same engine jets and offer the same comfort in the cabin and the same price while purchasing it.

In the below list, there are three new best twin-turboprop aircraft.

Piaggio Avanti Evo is firstly developed in installation, or we can say it is an Italian aircraft. The bar is set aside from the aircraft. No other airplane has a look and design like Piaggio. With two powerful engines which face toward the back, Piaggio can boost its speed to 400mph.

And this airplane was always on top when the matter came to luxury, class, premiums, and comfort transport; at that time Beechcraft King Air 350i was the best. Each turboprop engine produces thrust nearby 1000  horsepower. The airplane can carry tons of load, and it is still capable of cruising on 300mph.

This is an aircraft that is not as popular as it is expected to be. This aircraft was manufactured by a Swedish company known as SAAB.

That’s why the max speed of a Cessna Aircraft is 145 ktas. The maximum number of passengers who can travel in Cessna aircraft is only 4 passengers. Cessna is capable of carrying a  1,110 lb load with it.

An aircraft engine often referred to as an aero engine, is the power component of an aircraft propulsion system. Most aircraft engines are either piston engines or gas turbines, although a few have been rocket-powered and in recent years, many small UAVs have used electric motors.

Current engines: A turboprop engine is a turbine engine that drives an aircraft propeller. GE T64 turboprop, with the propeller on the left, the gearbox with accessories in the middle, and the gas generator (turbine) on the right.

The FAA CERTIFIED CESSNA SKYCOURIER utility turboprop. Designed from the ground up with a flexible payload that’s big enough for your cargo or up to 19 passengers and their baggage.

turboprop, also called P Jet, is a hybrid engine that provides jet thrust and also drives a propeller. It is basically similar to a turbojet except that an added turbine, rearward of the combustion chamber, works through a shaft and speed-reducing gears to turn a propeller at the front of the engine.