What Is a Beam?

The beam is a primary part of a structural framing system specifically designed to carry distributed loads such as parallel walls or roof systems. The beam is one of the most commonly designed elements of a structure in engineering to resist load, & its primary mode of deflection is bending. It is mainly used to resist bending moments, vertical loads, and shear forces.

Thus, beams are defined by their bending moments that are calculated for the primary requirements to form the structure. In simple terms, any horizontal structural member that undergoes lateral loads and is able to sense the load is a beam. 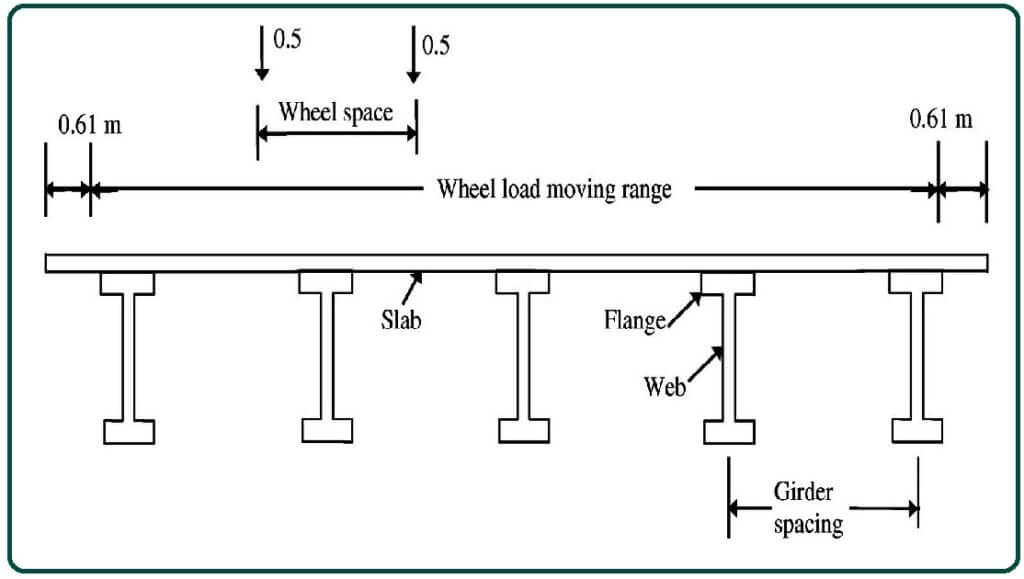 The girder is basically a beam that supports other small beams and serves as the main horizontal supports of a structure. Unlike beams, the girder is designed to support major concentric loads such as columns or beam reactions, and their load carrying capacity is much higher than that of beams.

It can be made from various building materials such as concrete, stainless steel, or a combination of both. It supports vertical loads & may consist of a single piece or multiple pieces.

Difference Between Girder and Beam:

All structural materials for reinforced and standard acceptance tests for such materials are prescribed under the ACI (American concrete institute) code which is a leading authority for individuals and organizations involved in the inspection, project management, and construction and design.

Beam and girder are two frequently used codes in structural systems, most notably in the 1995 ACI code. Both are subject to flexural load and serve as the primary part of the structural framing system. Both are horizontal members and are among the most designed elements of the structure.

The two-term are often used interchangeably, but some factors are different from each other. It is important to understand the difference between the two for the construction scene.

Basics of Beam: Beams are a primary part of structural framing systems designed to carry the distributed load of any structure. These are the most commonly designed elements of a structure to resist beam load because its primary mode of deflection is bending.

Basics of Girder: Girder is the type of beam that supports other small beams, thus acting as the main horizontal supports of a structure. Unlike beams, the girder is designed to support significant concentric loads such as columns or beam reactions.

The load-carrying capacity of the girder is much higher than that of the beam. This supports the vertical load of the beam.

Size of Beam: Another difference between the girder & the beam is the size of the component. In the construction industry, large beans are called a girder. There is no strict length, width, or weight cut that decides whether it is a beam or girder.

Size of Girder: All girders are beams because they are the main horizontal support structure for small beams. If the builder has used the component to support all other small beams, it is called a girder.

However, there are no strict rules in the Canadian national building code regarding the dimensions of the girder to be separated from the beam.

Types of Beam: Beams are classified into many different types on several factors. They are classified based on the kind of support the beam provides – simply supported, fixed, continuous, cantilevered, and trussed beams.

They are also classified on the geometric aspect as straight, curved, and tapered beams. Additionally, they are also divided into I-beam, T-beam, and C-beam.

Types of Girders: A girder is commonly used to refer to a steel beam. The most common girders used in any structural steelmaking project is the i-beam. Even box girder is mainly used in the construction of elevated bridges and roadways flyovers.

The box girders are made of two steel webs that connect together with the flanges at the top and bottom. This creates a closed cell that provides good torsional rigidity, the quality required for curved bridges.

The functionality of Beam: Both components behave to resist bending forces. Beams typically have I-shaped cross-sections made of two load-bearing flanges and a web for stabilization. Beams support the structural integrity of buildings, which can be found on floors, walls roofs, roofs, and decks.

The functionality of Girders: The girder is a type that supports the beam and serves as the main horizontal support of the structure. Like beams, girders usually have similar-I shapes. They can carry a box or Z-shape as well as other types of designs.

Since the girders mainly support small beams and build bridges and flyovers, they are capable of lifting extremely heavy loads.

Fabrication of Beam: During the designing phase of the beam, fabricators should consider requirements such as holding the structure and transferring the load to the girder.

Custom steel beam fabrication is an efficient and cost-effective way to ensure that you receive the precise horizontal support structure in your horizontal steelmaking steel project.

For a girder, you need a team of qualified structural steel fabricators to complete the industrial construction work of the girder.

Jobs of Beam: A beam is a secondary beam or strainer. Its main function is to transfer the load to the girders. Bears bend to accommodate shear stresses.

Jobs of Girder:  The girder is a primary beam. Its main functions are to transfer the load on the pillars on which it rests. Girders are more rigid to support smaller beams. Stiffeners support plating, girders support stiffener, or other girders.

Load-Bearing Capacity of Beam: The beam can carry weight. But, when you compare it with girders, the capacity is very low in terms of structural design and capacity level of the component. Beads cannot hold the same weight that girders can hold.

Load-Bearing Capacity of Girders: Girders are designed to carry dynamic and rolling loads. Therefore, many builders mostly prefer girders for structural steel construction projects where loads are not very stable. When it comes to lifting dynamic loads, it refers to varying amounts of the force of the structure.

The reverse with a constant load, thus increasing the same force at all times. Therefore, you need a special type of beam to withstand dynamic loads that only girders can provide.

Summary of Beam: Beams are considered to be one of the most commonly designed elements of a horizontal structure, while girders are also horizontal members that support small beams but serve as the main support of the structure with dynamic load-bearing capability.

However, beams are known by alternative names based on their location in the system and the materials they use. For example, a basic floor joist is a beam that is lightly filled, and a roof joist is usually moved by a “rafter,” also a beam.

A beam that supports other small beams is commonly called a girder; while it is still a beam, its load-bearing capacity is much greater than a beam and is designed to support key parts of a structure.

Summary of Girders: Thus, girders are mainly used for the construction of bridges and flyovers, while beams are ideal for residential structures. In short, all girders are beams, but not all beams are necessarily girders.

The main difference between a girder and a beam is the size of the component. In general, workers in the construction industry refer to large beams as girders. If it is the chief horizontal support in a structure, it is a girder, not a beam. If it is one of the smaller structural supports, it is a beam.

Difference Between Girder and Beam

The main difference between a girder and a beam is the size of the component. In general, workers in the construction industry refer to large beams as girders. If it is the chief horizontal support in a structure, it is a girder, not a beam. If it is one of the smaller structural supports, it is a beam.