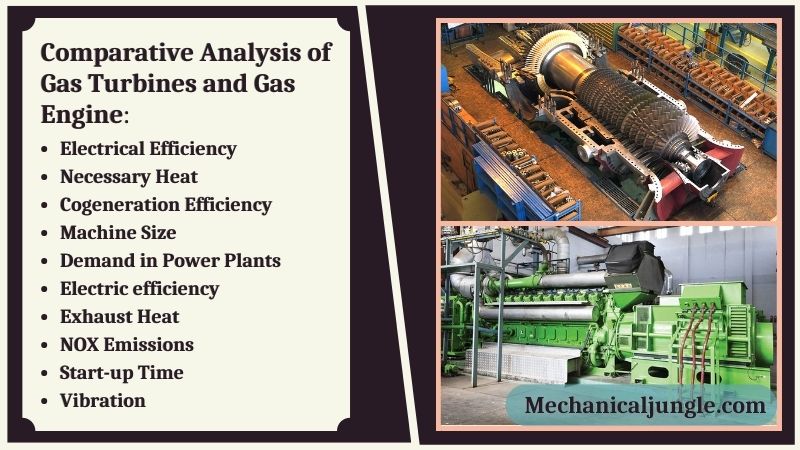 In terms of power generation, both gas turbines and gas engines are efficient options used by many power plant operators. Many manufacturers use these types in various co-production CHP installations in manufacturing and other specialized industries.

Examples include textiles, food processing, petrochemical refining, pharmaceuticals, electric utilities, and refining. Developers of distributed generating systems have choices between two primary power sources: gas engines and gas turbines. Both are proven in thousands of cogeneration combined heat and power or CHP installations around the world.

In fact, the market value of gas turbines is expected to rise to $20 billion in 2021.

Advances have been made in gas-intensive power generation technologies, both in terms of efficiency and emissions performance. Both components have distinctive properties that make them high-quality and speedy power plant owners who use them for their systems. 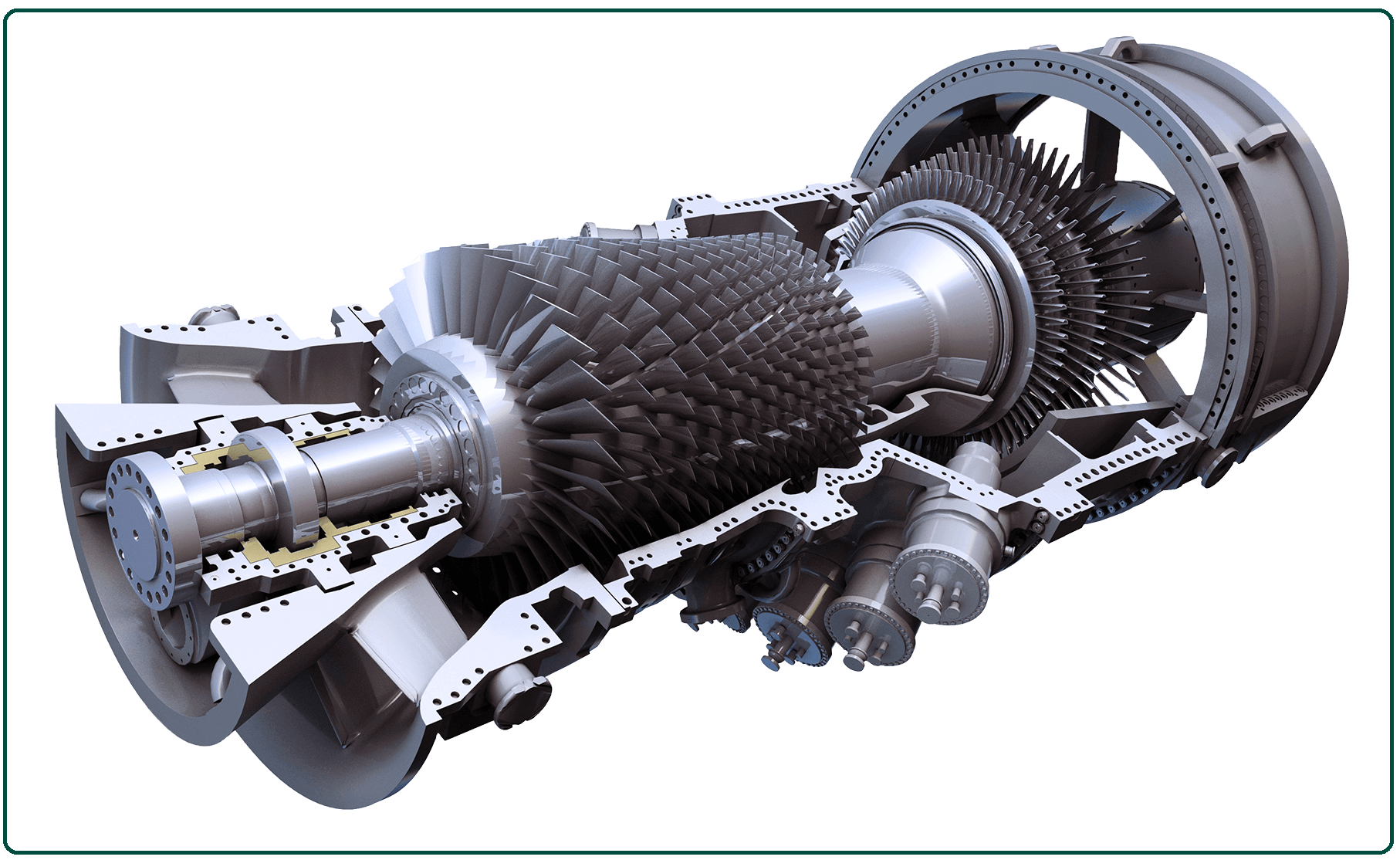 This cycle of energy generation from compressed air and fuel is the Breton or Joule cycle. Air is driven into a gas turbine for combustion, which often produces significant noise, which facility managers reduce by installing inlet silencers.

On exit, the exhaust also produces noise which is addressed to the particular exhaust silencer. Critical components in gas turbines include the upstream air compressor, the combustion system where the reaction takes place, and the turbine blades that rotate as the hot gas travels downstream.

The combustion reaction produces exhaust gases as hot as 1,500 °C, which is significantly hotter than the operating temperature of a steam turbine. An advantage over steam turbines is that, because water is not central to the process, there is no risk of your operation stopping as a result of internal freezing.

On the other hand, because gas turbines require fossil fuels, the combustion process naturally produces pollutants such as nitrogen oxides. Gas turbines are defined as an engine that is powered by compressed air and pressure to burn fuel. A gas turbine, the brainchild of a power plant, is a combustion engine that converts liquid fuels, especially natural gas, into mechanical energy.

This energy powers a generator which in turn produces electricity. Within a gas turbine, there is a fuel-air mixture being heated to extremely high temperatures. This causes the blades of the turbine to spin faster. Gas turbines are used to powers aircraft, trains, ships, electric generators, pumps, gas compressors, and tanks.

A gas engine is an engine powered by the production, expansion, or combustion of gas. Gas engines are manufactured in large numbers and cheaply, whereas central power plants are a one-of-a-kind technology.

In the power plant setting, you will find several gas engines interconnected to form generating sets. However, each engine connects to its own shaft, which connects to an electric generator. The sets are available in standardized sizes up to 20 MW.

The main power driving it comes from specialized fuels such as producer gas, natural gas, and blast furnace gas. In addition, it operates in the Otto cycle, or four-stroke cycle, to be specific. So, the system has sparks plugs that start the ignition instead of starting it automatically.

Note, power plants have several gas engines connected together in a power plant to produce electricity. Nevertheless, all connecting engines have individual attachments for shafts that eventually connect to an electric generator.

To understand the differentiating point, here is the main point of variations between the two models. They are broken downs in terms of usage amounts, functionality, & performance for a clear picture.

In gas turbines, the steam products are the main heating element, while the alternator relies on both steam and hot water.

Most of the component available in a gas turbine is small in size, whereas in gas engines, they are larger in comparison. This is typical for machines in power plants. In fact, many of the gas engine components in the market have large sizes, i.e., more than 3 MW.

This, coupled with the high demand for operational flexibility and better performance rates in terms of electrical efficiency, has fueled the popularity of gas engines. This affects the demand-supply ratio in the Gas Turbine market graph.

Many power plants currently focus on increasing their operational flexibility to ensure increased performance. In many cases, this involves increasing the speed of the ramp-up and ramp-down rates. Here, gas engines are a useful option, and many OEMs and power plant operators are switching to this technology.

However, gas turbines are still in operation and are a popular choice in medium-sized to large-scale industrial plants, especially 30 MW turbines.

Both gas turbines & gas engines have satisfactory electrical efficiency even at partials load. However, gas engines are comparatively betters than letters.

In terms of exhaust heat, the gas exhaust from gas engines has a relatively low temperature. On the other hand, gas turbines release a large amount of exhaust gas, and the temperature is also high.

In both contexts, the quality of the vibration is low. But a gas turbine has comparatively less vibration. 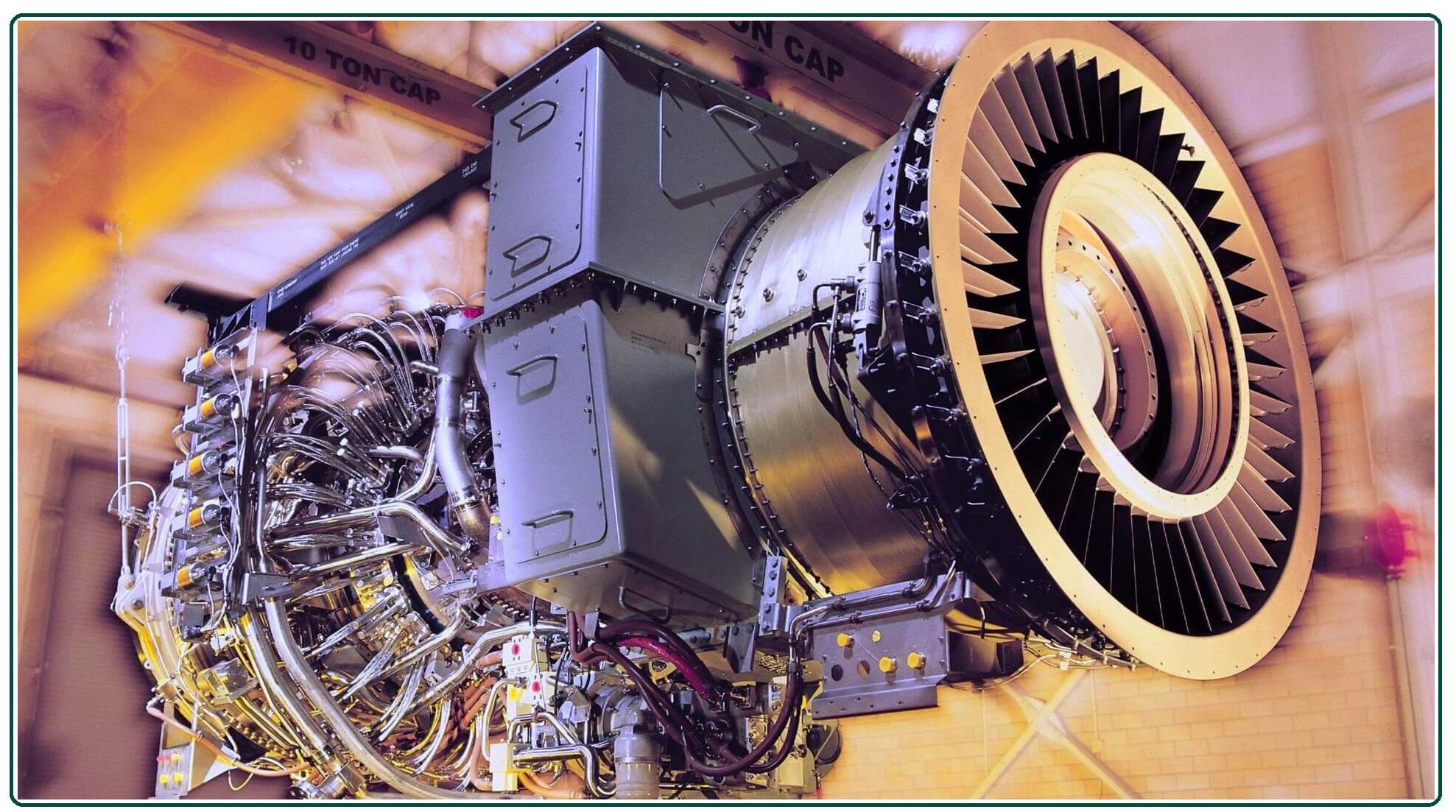 The maintenance interval of gas turbines is too long. With more gas engines products in the larger (more than 3 MW) size range coming to market, with greater demand for better performance (i.e., greater power efficiency and flexible operation), gas turbine suppliers are increasingly coming under the pressure of gas engine.

Peaking power plants require the ability to operate flexibly, often with rapid ramp-up/ramp-down rates. Gas engines are well places to meet these needs. Gas engines The transition to the U.S. is already underway, although gas turbines will continue to be common, especially within large peak plants. In medium-sized and large industrial sites requiring electricity and high-temperature steam/heat near 30 MW gas turbines, The majority share of the market share will remain.

However, gas engines (100 kWe to 20 MWe) are increasingly stealing markets share in many other end-use sectors. The gas engine has increased market share at the expense of gas turbines that are less able to accelerate/descend. Both gas turbines and the gas engine has proven themselves to be valuables to users in power generation application.

Well accepted in markets around the world today, each technology has found favor with users looking for reliable electrical and thermal options. All this means a strong opportunity for gas-powered CHP systems.

It is the right time for power users and producers of industrial and commercial facilities to explore the economic potential of CHPs with today’s gas engine and turbine technologies. So, now you know everything you need to know about the difference between a gas turbine and a gas engine.

A gas turbine, correspondingly called a combustion turbine, is a type of continuous-flow internal combustion engine. The principal parts expected in all gas turbine engines form the electricity-producing part (known as the gas generator or substance) and are located upstream:

A gas turbine is a combustion engine at the heart of a power plant that can convert natural gas or other liquid fuels to mechanical energy. This energy then drives a generator that produces the electrical energy that moves along power lines to homes and businesses.

As hot combustion gas expands through the turbine, it spins the rotating blades. The rotating blades perform a dual function: they drive the compressor to draw more pressurized air into the combustion section, and they spin a generator to produce electricity.

A gas engine is an internal combustion engine that runs on gaseous fuel, such as coal gas, producer gas, biogas, landfill gas, or natural gas.