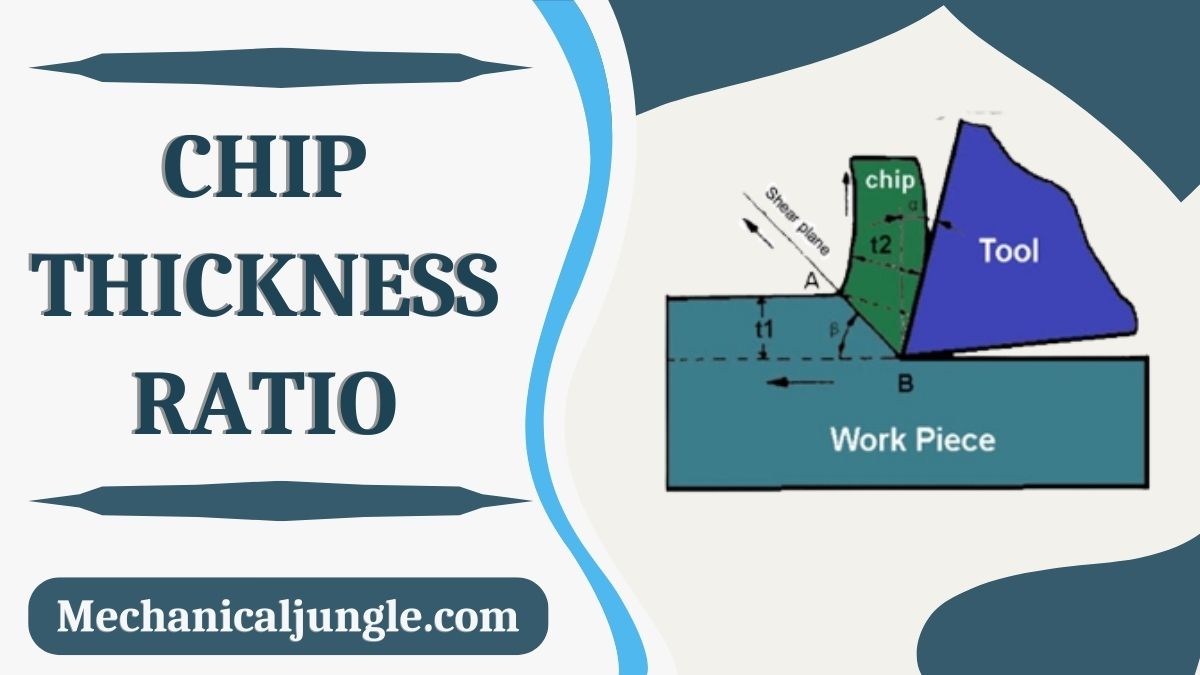 What Is Chip Thickness Ratio? 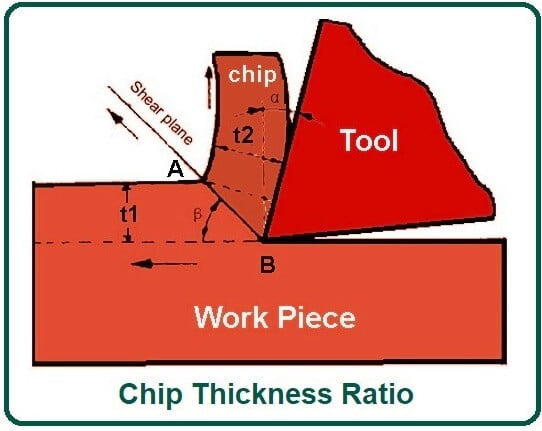 The tool is positioned at a fixed distance below the core while cutting. This chip formation corresponds to the thickness of the chip before t1 as the chip is formed along the shear plane. Its thickness increases to t2 (after the cut chip thickness).

It depends on the chip thickness ratio.

Whenever there is a high cutting ratio, it means the cutting action is good. 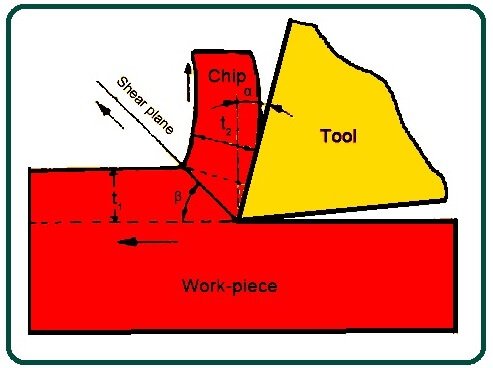 Now from the diagram we have,

As the tool is forced into the materials, the chip is formed by shear deformation along a plane called the shear plane, which is oriented at an angle with the surface of work, known as the Shear angles. It is denoted by β.

This is the formula to find a shear angle.

The values of k may be high as 8, depending on the condition of the cutting.

Contraction of chip increases when

As applied to metal cutting, the ratio of the depth of cut to chip thickness for a given shear angle.

Chip reduction coefficient (Ks) is defined as the ratio of chip thickness (S1) to the uncut chip thickness (S). This factor, Ks, is an index of the degree of deformation involved in the chip formation process during which the thickness of the layer increases and the length shrinks.